Central Library Planning efforts and the City Museum, how about some learning from Augusta, Maine ... and Baltimore?

The Maine State Museum in Augusta also houses a library and archives. Photo by Fred Field, Boston Globe. From the website: "Come experience Maine, the way life was! Visit the Museum’s 12,000-plus years of history, from the Paleo-Indians to the first European explorers. See the homes, shops and mills where Mainers have lived and worked for centuries. Explore the factories, ships and farms that are an integral part of the state’s rich history. All preserved under one roof at the Maine State Museum."

As you know, the city is planning a library restoration initiative, which will include possibly a new central library, as well as enhanced libraries and new libraries throughout the city. As I discussed in this blog entry, "Citizen's Summit and Libraries", as well as this one, "More learning from Los Angeles -- "L.A. Renews Its Libraries as Modern Civic Centers" about Los Angeles, there are some real issues in how the city is going about the planning to create a "City of Learning."

Note the photo at the top and the signage on the front of the building "library .. museum .. archives ."

I mentioned that I have been discussing DC cultural heritage tourism issues with a local grad student. As she pointed out, there hasn't really been a comprehensive and independent assessment of the success of such efforts in the city.

One of the things that I said would be interesting would be to compare Baltimore, which has an intricate and well laid cultural heritage interpretation and tourism management and development plan, to DC, which doesn't. Baltimore uses the concept and framework of a heritage area, in this case, the "Baltimore Heritage Area" to organize this approach. The analysis, recommendations, and appendices of the Baltimore City Heritage Area Management Action Plan are online.

Furthermore, the Baltimore Heritage Area comes under the Baltimore Office of Promotion and the Arts, which links cultural heritage to arts and cultural development as well as to tourism promotion.

As an aside, I will mention that because of the way the office is managed, they cross-promote various city initiatives at each event. For example, at Artscape, both Live Baltimore, the program that attracts new residents to the city with a variety of sessions and incentives, and the "Believe" campaign of Mayor O'Malley have booths that market and promote to Artscape patrons. (Note to WMATA, so did the MTA.) 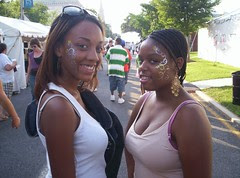 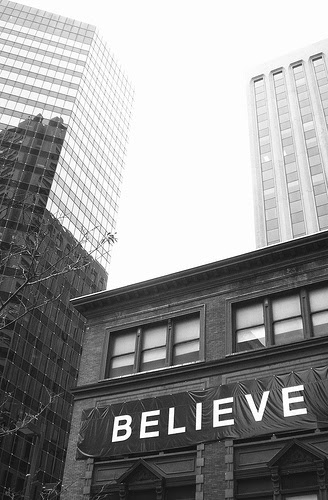 So I find it frustrating that when entities in the city like the Downtown BID do great things like the Downtown Holiday Market, that they don't take the opportunity to cross-promote other arts, culture, history, and placemaking initiatives.

Anyway, she asked me this: "How was it received in the heritage tourism world about the failure of the city museum? And did perceptions about heritage tourism in the city change, i.e, maybe this isn't such a good idea?"

And here is some of my response:

I think that the average CHT person was crushed by the failure of the City Museum. I merely looked at it as a "problem" to be solved-figured out.

But I never thought it was a slam dunk. Their admission fee was high for what they offered, and the building is inadequate for a decent museum. I think the traditional powers-that-be were enamored of the site next to the Convention Center, even though, despite what they think, it's not a natural synergy. (cf. the discussion of big projects including CCs in Roberta Gratz's Cities: Back from the Edge, or the work by Professor Heywood Sanders such as "Space Available: The Realities of Convention Centers as Economic Development Strategy.")

Don't know if you saw the pieces in the Wash. Biz. Journal about updated planning for this site, from the October 7-13, 2005 issue. They aren't online... But they do reflect the same kind of inside "groupthink" planning that I think decreases the likelihood of success.

I think I've come up with some pretty good insights (first on H-DC, then compiled into that blog entry) that people are having a hard time grasping. Plus the WCTC is almost completely untransparent, and it is likely impossible for "the little people" to influence it. That's why I argue for a "cultural resources management plan" for the city, to encompass historic preservation, cultural heritage interpretation, tourism aspects, asset harvesting and development, archival and collections issues, and related arts and cultural activities. I think that money from the taxes going to the Convention Center and the WCTC should support these activities, not just marketing the city to Europeans.

Anyway, I was reminded of one of my earliest experiences when I worked for the Center for Science in the Public Interest. In my first couple months there we produced what I thought of as a policy report on a suspected carcinogen present in alcoholic beverages. We released it in Nov., and I think we sold upwards of 7,000 copies through "press mentions."

Like I said, I thought of it as a policy report, but it also contained all extant test results of the presence of urethane in various brands. That's why it sold! As a form of self-help--at least 1/3 of alcohol products sold in the year are sold btwn. T-giving and New Year's--people wanted to know if their favorite brands were possibly carcinogenic, so they bought the report! This insight came out in a post-mortem discussion in the kitchen of our office, while a group of us were eating.

That was an important lesson for me, to know what you're learning... and to "not learn the wrong thing."

This is relevant to CHT matters in DC. That the City Museum failed is not a repudiation of the importance of cultural heritage interpretation and tourism, but it is an indicator of the failure of how such is being implemented in DC.
____________________
Instead of separate planning initiatives for a new central library, the DC Archives, and cultural heritage interpretation initiatives such as a City Museum, plus even the "Visitors Center" that people talk about (again I think that Baltimore has other good lessons on this, see these pieces from June "Tourism Marketing and DC," "You (Don't) really like me--DC and its suburbs," and "More About DC Tourism Marketing"), think about combining the functions into one place, the City Library, Museum, and Archives.

Now that's a "City of Learning."

I look at the chronic underfunding of our libraries and the crisis of the DC Archives, as well as the failure of the City Museum to succeed, and think that maybe it's time to look at these seemingly unconnected planning efforts in a more connected fashion.