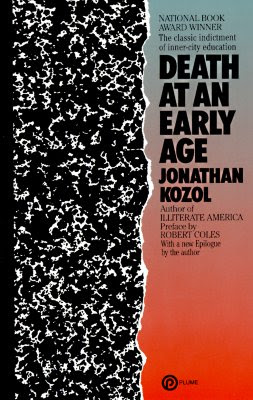 Dorothy Brizill reports on the circumscribed nature of the DC Library Task Force's "public" "listening" sessions in the latest issue of themail (at DC Watch). Besides reporting that the Library system refuses to print and distribute copies of the reports, she also describes the first public listening session:

The Task Force met in secret sessions that were closed to the public, even though it was publicly funded and conducting public business. Now it is controlling its “public listening sessions” very closely. John Hill, the chief executive officer of the Federal City Council, who co-chaired the Task Force with Mayor Williams, argues that he wants residents to focus their attention only on the “six key service priorities for the revitalized library system” — basic literacy, best sellers and hot topics, homework help, information literacy, lifelong learning, and public spaces. The Task Force has hired America Speaks, the organization that runs the mayor’s Citizens’ Summits, to run the “public listening sessions,” and at the first session, on January 17 at Washington Highlands Library, the facilitators restricted the few members of the general public who attended (seven at the beginning of the meeting, dwindling to five shortly after the meeting began) to speaking about these six key service areas.

This reminds me so much of the description of "Reading Teacher" in the award-winning book by Jonathan Kozol, Death at an Early Age. The book slammed the segregated Boston schools and the substandard education that most of the students received. (Kozol was hired as a substitute, but ended up working full-time. The book is a kind of diary of his experiences. If you ever wondered about Kozol and his "agenda," it's right here.)

One day, Kozol was teaching his fourth grade class and he was trying to get a discussion going on a book that they had read. The students didn't like the book, and it was hard to get discussion going. When they talked about the book, the students used words like "scintillating" etc. (not that word specifically), all positive words, but in a very dispirited fashion. Kozol was taken aback and challenged them. He said "you didn't like the book, why are you using positive words to describe it?"

It turns out that Reading Teacher (who is described, chillingly, in other pages) only taught the students positive words for use in describing their experiences.

And so it goes with the "public" "planning" process in DC, in this case with the library system. Dorothy's piece closes with this:

And at the “public listening sessions” the public is not just discouraged, but forbidden, to comment on these recommendations, arguably the Task Force’s most important and far-reaching ones, or on the library’s real estate interests. The library system is already dedicated to the “six key service priorities,” and it undoubtedly will be serving those priorities in the future. That is not the question. But selling off, disposing of, or relinquishing development rights to much of the valuable real estate owned by the public library system — something greatly desired by many developers and business members of the Federal City Council — is a key question that the Task Force doesn’t want discussed in public.

Even at the Citizen's Summit in December, people in the audience did not favor how the Library system outlined the "six priority areas." People wanted a focus on great facilities with depth and substance, not a focus on "best sellers."

For other sources on the process, check out "Hill to head Federal City Council" from the Washington Business Journal,
"D.C. Panel to Advise On Library Reforms: Williams Taps Local, National Leaders" from the Post, and "THE DISTRICT'S POWER BEHIND THE SCENES/Washington Post-connected business group wields influence over city's legislative agenda," the award-winning piece from the Common Denominator.