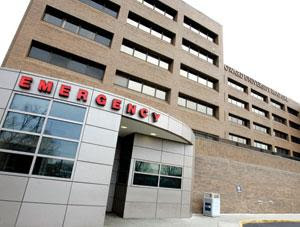 When I went to college, the University of Michigan was suffering greatly from the decline of Michigan's automobile industry, which negatively impacted state tax revenues, which led to reductions in state appropriations to the university. The president of the university, Harold Shapiro, launched a "smaller but better" program to "right-size" the university and to focus the school on best-in-class programs (I never thought about it this way, but this presaged Jack Welch's efforts at General Electric to have the company present only in the industry sectors where the company could be #1 or #2).

This was very contentious, and certain academic programs, such as the Department of Geography, were discontinued, there was talk about disbanding the School of Natural Resources (my point at the time about this was that universities devoted to specific disciplines had a hard time grappling with applied interdisciplinary programs, etc.). It's also when I learned the word strategem, when the Provost misused the word in a speech to the student government (and I titled my article about the speech "Strategem or Strategy...").

Still, a book I read at the time was quite provocative, I can't find the title, but it was published by Jossey-Bass in the early 1980s, with a title something like Cost-Containment in the Human Services or some such.

But it presaged the books (and consultants) that were hot in the 1990s in business process redesign and re-engineering, as it made the point that there are opportunities to rethink and improve services even in the face of budget reduction, and that crises can provide great opportunities.

Given that the Williams Administration appears to be backpedaling on its support for the creation of another hospital in Ward 6, as covered in the Examiner such as in today's article, "Mayor wavers on SE hospital plan" (the reasons why this should be done have been written about plenty in the blog such as in "Piling on the hospital issue" and in themail at DC Watch) there is a tremendous opportunity here to get the city to rethink the provision of health and wellness services, and how to best focus on and deliver services to address and reduce chronic health care problems disporportionately present in the communities that are seeking the hospital perhaps more in some respects for acknowledgement (similar to how FEMA-provided trailers are eagerly sought out by extremely low-income Katrina survivors as a form of tangible recognition by the US Government) rather than because it is the best way to provide health care or achieve great health outcomes.