Squalor is the disease, I'm the cure (part one)

There was a really bad (although I guess that goes without saying) Sylvester Stallone movie many years ago that was advertised in trailers with him saying "Crime is the disease, I'm the cure."

Well, the maintenance of squalor through mendaciousness, stupidity, fear, or ignorance has got to change. I am not really the cure, but at least I call 'em as I see 'em...

An a local email list, reference was made to this article from the Blade, "Shaw bar opposition grows: Be Bar would 'undermine moral character' of the community" which states:

Another minister has declared his opposition to a proposed gay-owned bar in the District's Shaw neighborhood, saying it would "undermine the moral character" of the community. In a March 27 letter to the Alcoholic Beverage Regulation Administration, Rev. Anthony Evans, president of the D.C. Black Church Initiative, said a liquor license for Be Bar at 1318 9th St., NW, would "send the wrong message to children and families."

Here's what I wrote in response:

Clearly the DC Black Church Initiative must know that it's better to be squalid... have you ridden (me on a bike last week as it happens) down 9th Street NW lately? I suggest you do. Frankly I don't understand why Shaw Main Streets is hot for the Convention Center to open on-site retail. As part of the agreement to build the thing, a couple million dollars (although maybe even more is needed based on the condition of the buildings) should have been set aside to fix the commercial properties on the street, and to recruit and nurture successful businesses for those spaces. 9th Street NW north of Mt. Vernon Square is mostly block after block of vacant commercial buildings, until you get up close to U Street NW. 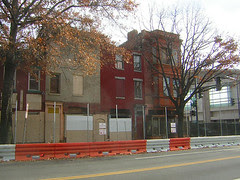 Across from the Convention Center. Flickr Photo by Rob Goodspeed.

Speaking of churches and squalor, I wonder why the DC Black Church Initiative never got on Shiloh's case for their despicable stewardship of the Carter Woodson house. It's embarrassing to see a "National Park Service Historic Landmark" sign posted on that sadly sadly neglected property. (I was late for a meeting so I didn't take a photo. I guess I'll have to go back...)

I have maintained after learning through bitter experience, that many inner city churches find it important to not improve the neighborhoods around them, to assist and abet the forces of instability, in order to be able to continue to acquire nearby properties at attractive prices. Churches located in stable neighborhoods in demand find nearby residential properties priced out of their reach.

I also wrote about this issue last fall in the entry "Losing my religion: Shiloh Baptist Church and Neighborhood Destabilization." 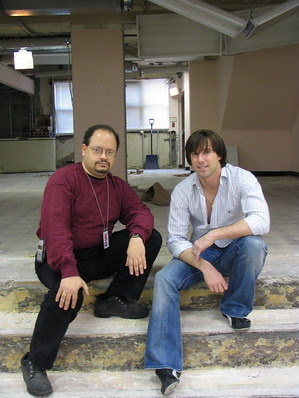 Michael Watson (right), a co-owner of Be Bar, and Alexander Padro, a gay member of the Advisory Neighborhood Commission 2C, say growing opposition to opening the neighborhood bar is misguided and based on false allegations. (Photo by Katherine Volin) Washington Blade. 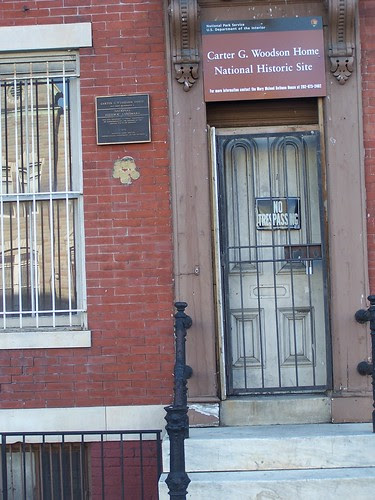 It's nice to see a no trespassing sign prominently displayed on a federally owned historic site, due no doubt to the neglect by the previous owner of the property, the Shiloh Baptist Church.