I've been writing of late that while the DC area has two railroad commuter services, we need one regional railroad transportation system that thinks beyond serving commuters.

It turns out that the multi-talented Dan Malouff (BeyondDC, Danspotting) is once again, ahead of me. In an unfinished college project, Dan took on the task of conceptualizing a regional railroad service. And it's pretty far reaching, going as far south as Richmond and as far north as Harrisburg, Pennsylvania, which is even more visionary than I had been thinking about... It includes service to Annapolis via both Washington and Baltimore on separate (and newly proposed lines.)

Here's a map of the proposed system. 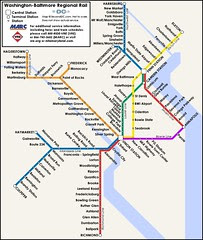 Here are the current system maps (the MARC map is a scan of the system at least one iteration ago, so it is not completely current--but I couldn't stitch together these one + one MARC gifs into one image. (Click through for larger images.) 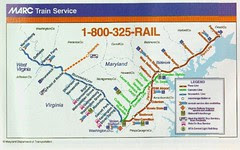 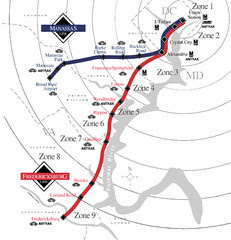 An important way to make this work is to scale service according to demand, and to be able to scale service up as demand grows. One way to do that is through "diesel motive units" which combine the engine and passenger car into one, although there can be multiple units attached. 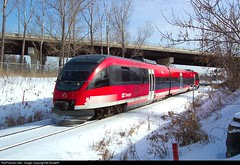 This is a sexy modern version of a DMU, used in Ottawa in Ontario. Photo from Railpictures. 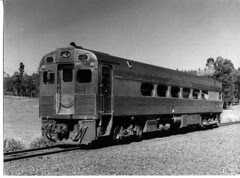 While this is a historic version of the RDC car originally produced by Budd decades ago (old Saturday Evening Post magazines from the 1940s and 1950s are replete with Budd advertisements). 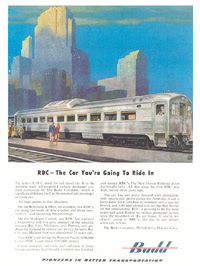 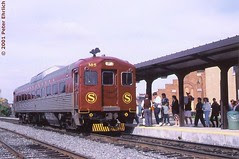 Budd cars are still used (they sold off their division to Bombardier in the late 1980s) and were used in Maryland as well. This is an example of an RDC unit in Syracuse, New York. Photo by Peter Ehrlich.

Reid commented about "Dan's plan" in another blog entry, writing:

I agree that map is visionary, but I think a more robust regional rail needs to include upper Fairfax an Loudon counties. I suppose the Metro expansion gets to that somewhat, but I still think the Dulles expansion is a terrible idea for Metro. It should be a VRE line, ideally with stops at Union Station, L'enfant, and perhaps another station in NoVa (of if only the old Rosslyn train station were still around).

Keep the comments coming. Maybe we can get Dan to take another crack at the map?