Crazy. Transport for London is introducing a new wayfinding scheme for London, and they are exhibiting it first... They had a physical exhibit which is over, but remains online. 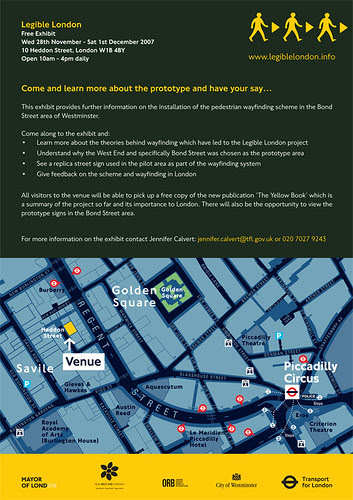 And the Legible London Yellow Book is pretty amazing. From the website:

The first half is an overview in the form of an essay outlining the background, research and development work that has culminated in the Legible London prototype wayfinding system for the West End. The second half is a visual summation that shows the application of theories, concepts and findings that form the foundations of the wayfinding system. 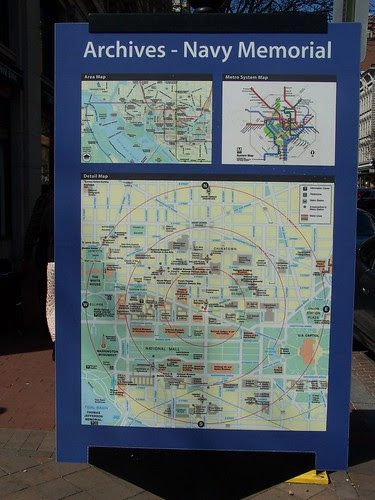 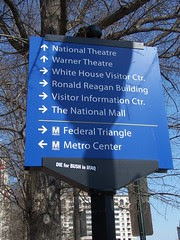 Signs for drivers and walkers. 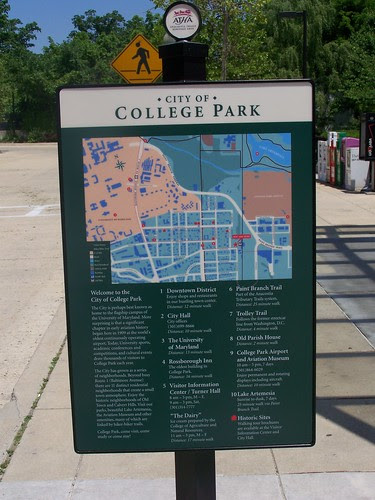 Wayfinding sign, College Park Metro. These signs produced by the Anacostia Trails Heritage Area are also placed in town/commercial districts in ATHA, such as in Hyattsville on Route 1, or the Riverdale Park Town Center.

Some BIDs, like Golden Triangle, have produced maps that they affix to bus shelters. And there is the opportunity for commercial districts to put such information up in the new bus shelters, which the Dupont Circle Main Street program is doing. 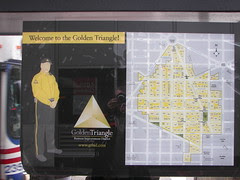 There is also a story from the Newark Star-Ledger, "Finding your way to historic NJ," about how tourist oriented areas in New Jersey are adopting the same signage system, to make getting around easier and more consistent. From the article:

The Turnpike and Parkway symbols are as ubiquitous as STOP signs. (And no, they don't mean stop-and-go.) Needless to say, it's a lot easier to find the Walt Whitman rest stop on Turnpike, than it is to find the real Walt Whitman house at 330 Mickle Boulevard in Camden.

And while all roads -- Turnpike, Parkway, Routes 1, 27, 28, and 287 -- lead to Edison, once there, it's not easy to find the monument and museum marking the place where Thomas actually invented the lightbulb. It's at 37 Christie Street in the Menlo Park section.

New Jersey, a state so rich with history, culture and recreation, has been mediocre when it comes to helping people find any of it. Every town, every county, and the state has its own signage style. The variety and vintage is as varied as the state's 566 municiplaties. Only the state parks and historic site signs are uniform; white letters over a DEP shield on a field of brown. Not easy to read at dawn or dusk, or doing 60.

The state identity is further split by niche and agenda. The Monmouth Battlefield is a Revolutionary War site, but is not linked in any tourism to the beaches less than 10 miles away. Atlantic City draws millions, but there is little effort to direct any of those visitors up the Parkwasy to the Seaport Museum at Tuckerton, or the Forsythe National Wildlife Refuge, which can be seen from a high-floor room at the Borgata.

This is where the concept of "wayfinding" comes in. Wayfinding is a fancy way of saying "Clear signs, and more of them."

It happens that wayfinding is something I'm interested in, and is a part of a report I am preparing for a commercial district in Pittsburgh, that given the spatial conditions there (the commercial district is split into very retail and very industrial areas, and is more than 6 miles long, with two major streets, and a couple significant "secondary" streets), they need to provide wayfinding information at the block by block level. Pittsburgh has a great wayfinding system for drivers, but it breaks down when it comes to getting around within specific districts.

New Jersey actually had a wayfinding symposium last week. I would have loved to have gone to it. More New Jersey wayfinding resources.

There are a number of expensive (text)books on wayfinding. Alas, the Library of Congress doesn't have the main tomes, although one, Wayfinding: Designing and Implementing Graphic Navigational Systems is at some college libraries in the area.

I highly recommend the chapters on museums (probably the best single chapter, and relevant to wayfinding generally), historic areas, transit, campuses, and cities. Many of the chapters are written by different authors, so they vary some in quality. 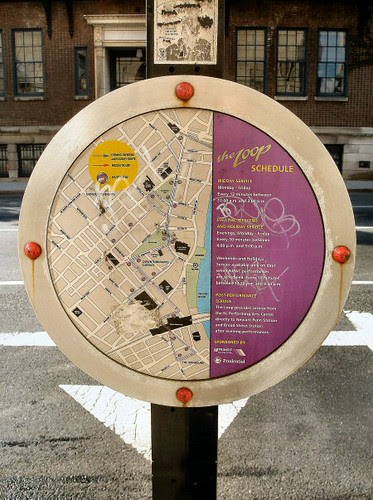 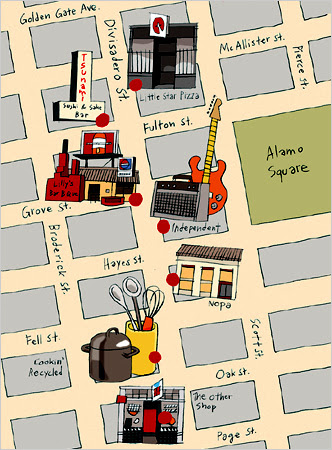 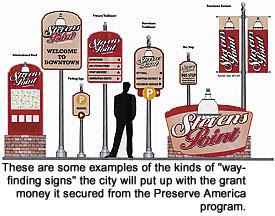