Complex vs. linear systems and the ability to create change

I had been thinking about writing a blog entry expressing my frustration about something. I get a fair number of emails and inquiries from citizens (and students) who draw me into their efforts to improve things. I might be included on a string of emails, etc.

Not infrequently, I will respond, outline how I see the issue and the opportunities for change. Generally, my points and analysis will be blown off by the person, who for whatever reason, disagrees with my interpretation.

Since I am a practical "theorist" focusing on making things happen, by realistically assessing the issues, opportunities, and barriers, and then recommending a corresponding course of action to lay forward a new and different way for accomplishing what you want, I find that very frustrating. What happens is that the other way (and the rejection of my approach) tends to fail.

This weekend, I am reading the book _Getting Change Right_ by Seth Kahan. I was introduced to the book because Seth is the featured speaker at the Ignite Conference/Transforming Business with Creativity, organized by the Arts and Humanities Council of Montgomery County.

I am always a bit skeptical of the claims of change professionals (a form of organizational development) so I wanted to read the book. Because it is focused on the reality of making change happen in complex organizations, I think reading the book will prove to be quite useful.

Already a couple paragraphs on page 13 explain my dilemma as recounted above:

Because you are operating in a complex system, it is not always clear what actions influence what results. In a linear system, if you push, you see the impact. In a complex system this does not necessarily happen. The impact may be so removed in time that you cannot observe it directly. Or the push may be part of a system that causes its impact to be amplified, diminished, or even effective. In this situation, you rely on the eyes, ears, and minds of others to provide the necessary guidance.

As a single person or group, you have by definition limited access to the entire system. Therefore, your perspective and your understanding will constantly be tested, stretched, expanded, and enhanced by others. This is one of the most valuable and most difficult challenges of successful, large-scale change.

This sums up the disconnect that I have been experiencing. Even bringing about simple changes is a complex process. I approach change and opportunities as a complex process while most people think it is a simple, "linear," process. Even with the requirement of having to get many different people on board for change, change within government generally involves lots of parties that the average citizen might not acknowledge.

The thing I am really learning working in government for the moment, is that agencies require the approval of the Executive Office, especially the budget office, for just about any change in policies and procedures, and definitely when it concerns asking for more money. (For example, in DC, the software system is set up that you can't hire someone if the money hasn't been allocated and reserved to pay the wages and benefits for the hire.)

So when I explain to somebody that even if the point you are making is correct, that agency X should do a particular thing, it is dependent on (1) whether or not the agency sees Y policy and procedure as their responsibility; (2) if not how to convince them to change their perspective; (3) how to get the money, or if the $ amounts required are minimal, the still-required approval; (4) because to take on the new responsibility requires the involvement and sanction of other agencies; (5) not to mention that the Executive Branch may or may not be responsive; and (6) Executive Branch responsiveness to "inquiries" initiated by legislators (etc.) may be negative; it happens that I am talking about a complex system and they are thinking of their change proposal/initiative as a simple, linear process.

Something related that I have been ruing lately is the principle in the First Amendment to the Constitution of the United States that the people have the right "to petition the government to redress grievances."

"Congress shall make no law … abridging … the right of the people … to petition the Government for a redress of grievances."
— from the First Amendment


I am not against this right of course.

Because our education in civics and involvement and engagement tends to be pretty weak, especially in terms of the practical side of things, we tend to grow up to believe that all you have to do is take a piece of paper, write down your demands, and get a bunch of signatures, and change will happen after you present your petition to the appropriate government official.

That's far from the truth. You have to be conscious of the issues, the nuances, the ramifications of what you are asking for. And governments (and other entities) can stonewall, so you have to understand and be aware of the opportunities you might have to push the levers of change in the face of inertia and opposition.

Many advocates aren't very effective in understanding this, and in articulating and expressing their arguments in the first place, and the necessity of understanding, acknowledging and working to influence complex environments.

I find this (the difficulty of understanding complex systems on the part of activists, and shaping their arguments in response) very frustrating too. It makes an already difficult process--creating change--that much more difficult.

So I have found these two examples of change initiated by "regular people" to be quite interesting. Maryam Balbed, a 49 year old "Sk8ter Mom" in Silver Spring is helping teens who skateboard to better articulate and represent their interests ("Silver Spring ‘Sk8ter Mom' bridges generation gap: Mother of two speaks out for downcounty skate park" from the Gazette). And Nina Gonzalez, a student at Stafford High School in Stafford County, Virginia, helped to change the quality of school meals in County, Virginia ("The hero of the chicken nugget rebellion" from the Post). 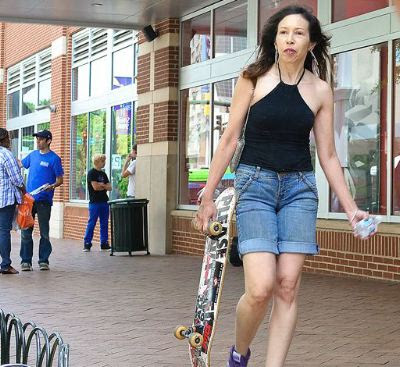 David Trozzo/ For the Gazette. Maryam Balbed, 49, of Silver Spring, has emerged as an advocate for the mostly teenage Silver Spring skateboarding community as the Montgomery County Parks Department installs a temporary skate park at Woodside Urban Park in Silver Spring and considers a permanent park.

The interesting thing to me about the story about Nina Gonzalez is the detailed recounting of the various steps and approaches she took to get officials to change their perspective and to make changes in the school lunch program.

Too often, stories about children and their interests in making changes happen are made out to be "cute" and as a result, are somewhat dismissive. (Plus, sometimes kids have bad ideas, and the process of writing a story isn't evaluative and treats even terrible ideas as worthy.) This story is really good. From the article:

Gonzalez became a vegetarian in March of her freshman year. "There were not many lunch options available for vegetarians or other people who want to eat healthy," she says. Sophomore year found her sitting with other student athletes, none of them pleased with the pizza and chicken nuggets that were standard lunchroom fare.

"Especially when you came back from nutrition class, you'd think, 'This doesn't look like anything we were taught to eat,' " Gonzalez says. "It was ironic."

Instead of grousing, Gonzalez says she asked herself, "Okay, what can I do?" She started on the front line, talking to the lunch ladies. They commiserated but explained that they had no say in deciding what to serve for lunch. That was the job of the county nutrition director, Chapman Slye. So she looked him up online and made an appointment to speak with him. She was 16.

Before meeting with Slye, the honors student did her homework. She read up on the federal Child Nutrition Act of 1966 (which is up for reauthorization by Congress) and the Richard B. Russell National School Lunch Act and their provisions for school lunches. She checked out what other schools offered and found some that had incorporated vegetarian options and more fruits and vegetables. The idea, Gonzalez says, was to find models for providing more healthful choices for athletes, vegetarians and students who simply wanted to eat better, and to accommodate kids with dietary restrictions such as lactose intolerance.

The big breakthrough came when Gonzalez solicited samples of vegetarian foods from vendors and organized a group of students for a taste-testing session, to which she invited Slye. Her homework and legwork paid off. "In a month, we had a vegetarian option available every day," Gonzalez says. That option -- pita bread with a cheese stick, hummus, vegetables and fruit -- remains popular today, she says. Once a week, there's a meatless entree, and the salad and potato bars have been upgraded and made more appealing. The line for those bars, Gonzalez says, "is always packed."

She identified the problem--the nutrition content of the foods served and the options available within the school lunch program--and then set about finding out how the process/system worked, identifying the "actors"--the people who make the decisions, and then when they wouldn't bring about changes, she kept at it, responding to their concerns and coming up with other strategies (such as a tasting of vegetarian foods available from vendors already selling to or qualified to sell to the school system, including both students and school administrators).

I have written quite a bit over the years about the need for systematic capacity building especially in terms of developing support systems and training for people involved in community organizations and civic engagement efforts and I have mentioned the "english as a second language" textbook, Communicating Effectively in English, which is organized as a primer on how to become an engaged citizen, as a particularly interesting model for teaching civics to people who are born here! That we need the systematic education and exposure too.

At least that would help me become less frustrated. 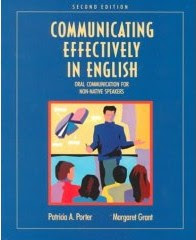 Until we do that, we are going to spend much of our time going around in circles, and not bringing about the kinds of improvements in quality of life that I believe are supposed to be the outcomes of planning and zoning and transportation processes. 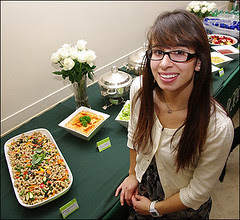