When DC's shopping bag tax went into effect earlier in the year, the Wall Street Journal was one of many media outlets that piled on to the story, with this article, "Washington D.C.'s Bag Tax Frustrates Many Store Owners," stating that the bag tax, a 5 cent charge for establishments selling foodstuffs, was a problem.

To the newspaper's credit, it published a follow up story a couple weeks ago stating that the bag tax isn't really a problem, and that it is having a significant positive impact on reductions in the use of disposable bags. See "Capital Adjusts to Tax on Disposable Bags." This is pretty rare for a newspaper and it's a good thing to see.

Separately, the Alice Ferguson Foundation found a reduction in litter in their annual cleanup of the Potomac River. See "Progress, but not perfection, on the Potomac" from the Washington Post.

A campaign to enact a statewide disposable bag tax failed in the last Maryland State legislative session, but environmental advocates continue to push the idea forward. 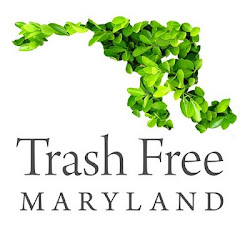 With regard to Baltimore City, originally I had written:

Delegate Al Carr pointed out to me that this isn't exactly the case. Last week I was in Baltimore and picked up the Baltimore City Paper and very quickly read this:

Pushes back the time-of-less-bags in Baltimore one month, to Dec. 1.

The Read: Councilman James Kraft’s (D-1st District) longtime dream of cutting the numbers of plastic bags blowing around the city’s streets, getting snagged in trees, and saturating the harbor is nigh. In his original bill, food merchants would have to stop automatically giving away bags with every purchase by Sept. 1, and, if they wanted to give bags out at all, enroll in a city program and post their policy of only giving out bags on request. Late enrollment in the program carried a $500 fee. The late fee was to start in November. This bill would delay it until December.

from their weekly feature ("Councilmania") which lists new bills before the Baltimore City Council. If you read it more slowly it is clear that Baltimore is changing the requirements for giving out plastic bags on the part of merchants, but they aren't enacting a per bag charge.