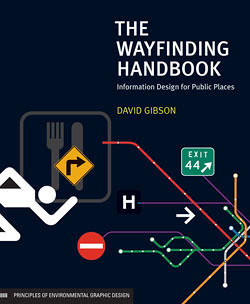 As usual, the Housing Complex blog of the Washington City Paper has a good article, "Metrobusted: D.C.’s subway system needs a new map. Is anything worth saving?," this one on how WMATA is looking to redesign the "iconic" subway map.

--------
Note to City Paper: Housing Complex has a much broader coverage area than housing. It is the first worthy successor to the Cityscape column written by Mark Jenkins (and I think Bill Rice) in the 1980s and early 1990s--a column that certainly educated me about urbanism. I recommend changing the title of the column and the beat. If anything, Lydia DePillis should be called the Urban Affairs or Urban Design and Transportation writer.
-------
The article discusses at least three things that capture my interest:

and it doesn't discuss adequately what I think is the most interesting question, that is connecting these elements into a broader framework of information design, branding, identity, and communications.

The people focusing on the map interviewed for the story, Cameron Booth and Larry Bowring, who also did their own versions of what they see as the ideal map didn't really contribute all that much, if you ask me, to the discourse on whether or not the map should be changed, even if they don't like the iconography, which dates back 30+ years. At least, their maps don't do much for me.

One of the things this reminds me of is that WMATA did commission the Project for Public Spaces to do a wayfinding study in the early part of the decade. I had a copy once but I lent it to someone who never returned it.

There is an opportunity to do an overall graphic/identity system of which mapping is a part.

But mapping too should be hierarchical. The overall subway map ought to stick with rail connections (subway and railroad) with parking AND I WOULD ARGUE taxi stands (because that information does matter and people's choice of which station to exit at, e.g., Fort Totten or Silver Spring vs. Takoma, or New York Avenue vs. Metro Center can be dependent on that knowledge, which isn't present on the current maps), with sub-mapping for the other kinds of layers people say they want (circulator buses, yogurt shops, or whatever).

The thing is that the questions being asked still probably aren't broad enough. There are many ways wayfinding could be improved. I have advocated for a few years for the need of a city (but it could be regional) wayfinding conference because there are more than one dozen separate wayfinding systems in place within the City of Washington.

And I have argued for the necessity of having a transit wayfinding system to explain the various transit options, especially at locations likely to be used by new users such as tourists (e.g., Union Station).

-Union Station as a key visitor entry point into Washington

A number of past blog entries might help people begin to think more broadly about the issue:

The general post about linking the design method, social marketing, integrated program delivery systems wrapped up in a complete identity system built on a foundation of civic engagement and participatory democracy is in this blog entry:

-Social Marketing the Arlington (and Tower Hamlets and Baltimore) way

I could be hopeful for this process, but I guess I am not really, because the first major public planning process that WMATA ought to be engaging in concerns transit overall, the role of the WMATA system within the region's transportation system, and the need to rebuild trust in the system in the face of massive service problems, deaths of customers and workers including in the terrible accident of June 2009, which resulted from systemic failures in management and operations, not to mention massive fare increases in the past 6 months.

I wrote about that about one year ago, in this entry:

-St. Louis regional transit planning process as a model for what needs to be done in the DC Metropolitan region

Also helpful is my presentation on hierarchical metropolitan transportation systems planning which I have been writing about for years and builds on a variety of work including "Updating the mobilityshed / mobility shed concept," as this question is finally making it onto the radar of bloggers at GGW ("How should the region's transit grow?" and "Should DDOT or WMATA control the streetcars?").

When I do plans and proposals elsewhere I joke that they are a form of "gap analysis" of how things are done in the DC area. Such is the case for the metropolitan transportation planning framework. It develops a framework based on what isn't done in the DC metropolitan area:

A branding, information systems design and wayfinding planning process really needs to be the second metropolitan transportation planning process, following the overall rethinking, revisioning, and trust building exercise that ought to be first.