New years post #6 -- the crazy thing about U.S. zoning is that it's not designed to maximize overall land value 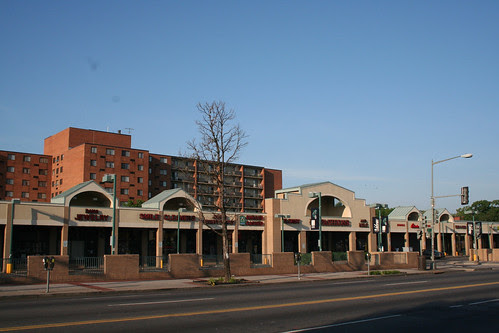 H Street Connection, photo by Frozen Tropics.
The first line in the introductory header to this blog is:

A community’s physical form, rather than its land uses, is its most intrinsic and enduring characteristic.

This is a quote from an EPA publication, Getting to Smart Growth II and I very much agree with the point, that it is the overall form of the city, the context of the city, that matters most. As long as we get the form right, a lot of things concerning livability fall into place.

If you look at countries with more of a socialist traditional, zoning codes include evaluation of social and economic objectives, the government maximizes development in already built areas, and in the case of the Netherlands, uses are better targeted to places where extant transportation infrastructure is better able to satisfy the transportation demand created by new development.
In the U.S., for the most part (not in California where the California Environmental Quality Act includes requirements that evaluate the potential impact of new projects on extant areas -- called the potential for urban decay), zoning is set up merely to allow the minimum development potential allowed for in a particular zoning category.

Ben Ross of Action Coalition for Transit wrote about this recently, "Land-Use Regulation and Fiscal Sustainability," making the point that instead of making development approval procedures relatively easy and simple for the most basic, often least desirable "matter of right" projects, we should make the developmental approval process relatively easy for the projects that we prefer. In the case of commercial development, usually that is mixed use and compact development projects, infill projects, etc., rather than single use, sprawling, or greenfield projects.

Cleveland has a zoning overlay called the Business Revitalization Overlay District that calls for an additional level of design review in areas that have been designated revitalization districts. The idea is that because the process of revitalization is difficult, uncoordinated or badly conceived projects can reduce the value of other projects, and hinder long term revitalization goals, policies, and objectives. The review process is designed to limit negative effects.

The issue of maximizing land value and economic development comes into focus especially with regard to the "Walmart" issue and development more generally in areas of Washington, DC that are not the primary and secondary locations for land intensification (the Central Business District, secondary business districts, and subway stations).

Just as real estate development tax incentives are often more necessary in DC because land ownership is widely dispersed, and developers cannot capture all of the real estate and business value that their project may contribute to other property owners, and businesses, individual land owners-developers aren't incentivized to do the best projects that will yield overall the greatest contribution to land value and economic development for the city overall, for the same reasons. The projects cost more, take longer to pay out, and a goodly portion of the value trickles outward to other properties.

It is in these tertiary locations specifically that land use development regulations need to change, to better shape the projects that are proposed and built, to contribute in a more directed manner to urban revitalization objectives.

Because these projects--without housing--will last for 30 to 80 years (Walmart's lease at the Curtis Chevrolet location will be for 75 years) it is imperative that projects are built to maximize the achievement of multiple objectives simultaneously and from the outset.

There is a reason that trickle down economics don't work very well. The projects aren't coordinated, and it takes a long time and a lot of luck for others to benefit.

Getting housing projects right from the outset is also an imperative because owner occupied housing will, in most circumstances, be with us forever. A s***ty project at the outset will have negative impacts for generations. The likelihood of a majority of owners agreeing to assessments later to improve the facade of multiunit residential buildings is nil. 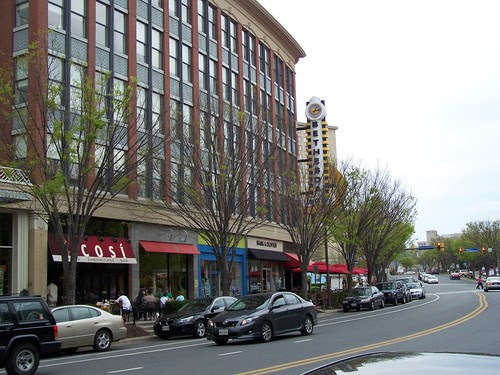