The future of mixed use development/urbanization: Part 3, Prince George's County, where's the there? 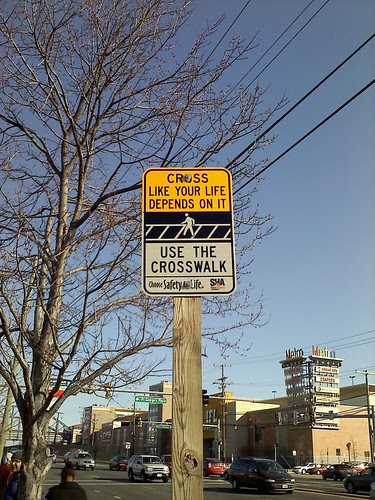 Flickr photo by Gavin Baker, who writes: Feeling safe in Prince George's County -- "a livable community". This is directly across from the Prince George's Plaza Metro station and the Mall at Prince George's. Shoppers must traverse a pedestrian bridge over a four-lane highway, then a large surface parking lot.