What matters isn't "transit oriented development": what really matters is compact development and integrating transportation and land use 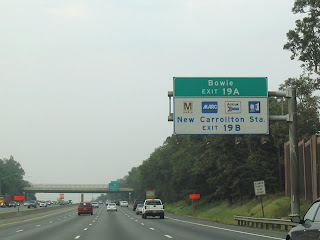 I don't like using the term "transit oriented development" or TOD, even though it is always on the tongue of planners, elected officials, and enlightened developers.

For one, it's not "transit" or "transit oriented development" per se that matters, it's the integration of transportation and land use.

For another, it's about compact development.

And generally, with compact development, it also becomes a matter of place and placemaking and quality of life, because compact development also means "mixed use" or the mixing of uses--residential, office, commercial, retail, public and civic--in ways that as David Engwicht would say, facilitates exchange while reducing the need to travel.

1. You don't have a transit network that is useful to the kinds of market segments you claim to want to reach.

In other words, if you have some transit lines and stations but they aren't well situated to take people from where they are to where they want to go then there is no value to locating by the stations. This is a particular issue with light rail, subway, and railroad stations in the Baltimore region.

2. The land use around the station isn't planned for compact development/urban mobility and spatial patterns.

Good examples of this in DC are at Fort Totten and Rhode Island Avenue. Now RI Ave. was at first the outlying station on the red line, so it had parking lots so that people could drive to the station. And yes, now they are building a mixed use development there.

But DC really blew it when they allowed the Rhode Island Place shopping center (Home Depot, Giant, etc.) to be built practically next to the station, but with a site plan that is completely suburban--buildings fronted by parking, single use buildings, no use of the space above the retail for housing and/or office. This general area could have been repatterned to extend urbanism, placemaking, and transit. Instead its worst qualities were extended.

Fort Totten's first housing development isn't as bad, but could have been better. Newer developments will be more urban. On the other hand, development at the Columbia Heights and Petworth stations, in areas that already have an urban spatial land use pattern--a rectilinear street grid--is improving those areas decidedly.

In a place like Prince George's County (see the GGW entry "As urban center, New Carrollton faces uphill battle" or the New York Times piece, "Transit Hub in Maryland Gets a Second Chance") they have it all wrong, just like they do in the Baltimore region.

Just because you have the stations means nothing if you don't have the right land use patterns and plans in place, and reorient your planning, transportation, and development pattern around transit.

PG County's biggest developments--National Harbor and Konterra--are for the most part, completely automobile oriented. As long as PG County is fine with that, throwing a bunch of buildings at a transit station, with none of the other necessary preconditions and supports, won't change anything.

Although, because of the Purple Line light rail line, which will bring many new transit stations to PG County, and also link the orange and northern green line subway to the east and west red lines in Montgomery County, PG County has a second chance to reorient their land use and transportation planning paradigm towards transit, in the same way that Arlington made this choice in the late 1960s, when they decided to have the orange line serve Wilson Boulevard, rather than be placed in the median of I-66.

PG County has about 3 years leeway maybe, to make this fundamental choice.

But I don't think it has dawned on elected officials and advocates that the County has this opportunity. Although, it is very positive that University of Maryland College Park has come on board and now supports Purple Line routing through and serving their campus.

Universities such as Portland State (the streetcar serves their campus) and Arizona State University (the new light rail with stations in Tempe) are embracing transit service and reorienting their facilities and programs as a result. Of course, this process is much more pronounced at PSU, which has had a 10 year head start...

These examples are what UMCP needs to seize on, to rethink the opportunities and vision of the school in response. Prince George's County needs to do the same kind of rethinking.

For some good guidance on how to make TOD truly great, see this out-of-print report from the DC Office of Planning, Trans-Formation: Recreating Transit-Oriented Neighborhood Centers in DC: Design Handbook

Thank you for providing such valuable information and thanks for sharing this matter.
Buy online pills from here-online viagra.