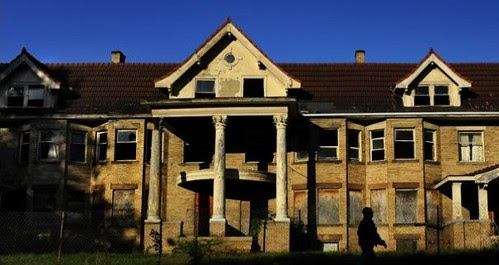 This is part of an entire block of homes and apartments on Lockwood Avenue, Cleveland, that will eventually be torn down. Michael Williamson, Washington Post.
1. Despite the $25 billion settlement with mortgage companies over their foreclosure practices, the "real" problem with the housing market is more about an exogenous shock to the system, where the sprawl paradigm is no longer financially sustainable, given the cost of energy. See "Designing a Fix for Housing" from the New York Times. From the article:
Too often during the bubble, banks and builders shunned thoughtful architecture and urban design in favor of cookie-cutter houses that could be easily repackaged as derivatives to be flipped, while architects snubbed housing to pursue more prestigious projects.

But better design is precisely what suburban America needs, particularly when it comes to rethinking the basic residential categories that define it, but can no longer accommodate the realities of domestic life. Designers and policy makers need to see the single-family house as a design dilemma whose elements — architecture, finance and residents’ desires — are inextricably linked. 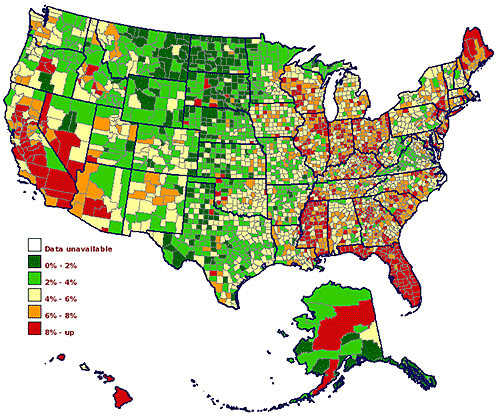 Seriously Delinquent Mortgages in the U.S. (December 2010), Dallas Federal Reserve Bank data.
2. Of course, one thing holding up the economy is the increase in credit standards for mortgage holders, which is preventing many mortgagees from refinancing, even though they are current on their loans, but could reduce the cost of monthly payments, given the extremely low interest rates at present. See the editorial "An Easier Path to Refinancing" from the New York Times.
3. But so much of the U.S. economy has been built on mass production of housing farther and farther from the core of regions that this will require significant changes in how our economy functions.
In weak market cities, where sprawl-oriented housing production made inner city housing location worthless--Rolf Goetze pointed out in Understanding Neighborhood Change, published in 1979, that significant production of new suburban housing in excess of normal demand produced these conditions.
But changes will take decades to work through the system.
4. That's why in weak markets like Cleveland or Youngstown or Detroit or Flint or Baltimore (etc.), local officials see value in demolition. See "When the best way to save a neighborhood is to tear it down" from yesterday's Washington Post and "Banks turn to demolition of foreclosed properties to ease housing-market pressures" from october.
-- Washington Post photo gallery from October 2011 on Cleveland's housing demolition program

The reason that I often react so negatively to these kinds of programs is not necessarily this practice in weak markets, but because reflexively officials in other areas start saying that these are good programs, for places where the conditions are different, e.g., Baltimore, if their property taxes weren't so high, and there was a true urban growth boundary in place, ought to be able to recapture households for many of the areas that are otherwise blighted today.
I write from time to time about what I call "the language of revitalization." I've called this "blaming the building" and deride it as short sighted. Instead, a "blighted" building is replaced by an empty lot that will likely remain empty for decades. See from 2005, "Blaming the building in Baltimore -- when your tool is a gun, you think only about shooting" and "Investment and Disinvestment" from 2009.
The real issue is disinvestment. What people call "blight" is a result of disinvestment. Rather than blame the place (I call this "blaming the building"), focus on disinvestment and explain the process.

Buildings or neighborhoods called dilapidated, run-down, blight(ed), eyesores, nuisances, decrepit, (etc.) are victims (and survivors) of disinvestment.
Too often people are lulled into believing that demolition, especially of historic buildings, is a solution to "blight" when merely it creates a different form of blight, one that is harder and usually more expensive to correct (building a new building).
The solution to disinvestment is not demolition, but investment .
And maintenance and/orrehabilitation is the proper response to neglect or demolition-by-neglecy.
-- Also see the Squandered Heritage article series from the Chicago Tribune (through archive.org), Part 1 (Search and Destroy), Part 2 (The Demolition Machine), Part 3 (The Alternatives)
The funny thing is that many DC neighborhoods, while not exactly quite to the point of neighborhoods in Cleveland--the Cleveland Metropolitan area has expanded greatly, but over 50 years, the area's population hasn't increased significantly, it's just that hundreds of thousands of people have moved from Cleveland to the suburbs--were seen as not fully recoverable, as recently as 2003. Now these neighborhoods have houses selling for in excess of $800,000 (if only I had kept my house...).
5. But when there is higher demand in the core, and limited production of certain types of housing, prices go up. See "Toronto real estate: Why home is where the hurt is" from the Toronto Star.
One solution is condominiums, but lower density apartments and condominiums are also an option. So are alley dwellings. See "Alley Flat Initiative fits small, green homes into unexpected places" from Culturemap Austin about a program that promotes the development of alley dwellings in Austin, Texas.
6. And of course, heritage properties drive up prices too, in strong markets, where historic housing stock is valued. See "The hidden value in heritage properties" from the Toronto Star.
But at the same time, historic designation is another way to re-value neighborhoods and the properties within them, so it is an important neighborhood and center city revitalization strategy, especially in weak markets.
Although in weak markets, the extra costs associated with maintaining houses to historic guidelines often can't be captured in higher values, which is another conundrum.
This house, the Lyons House, in the Wick Park Historic District in Youngstown, Ohio (one of the first cities in the U.S. to begin planning for contraction with the Youngstown 2010 initiative, which started in the late 1990s or very early in the last decade, because I knew about it in 2001), is available for $15,000, but will require a significant amount of money for rehabilitation. See "This Old House features historic Youngstown home in its March issue" from Metro Monthly (which is the source of the photo also). 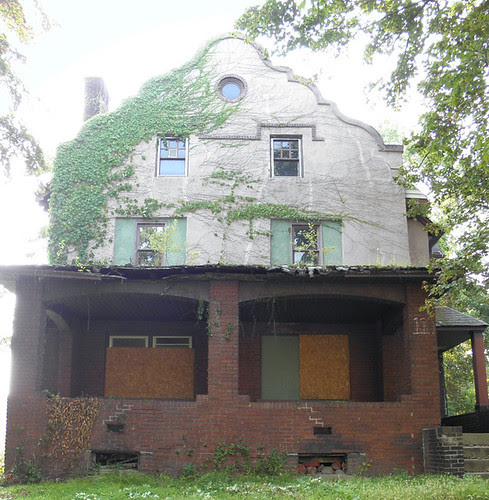 The image below depicts the home in 1927. Photograph courtesy of the Public Library of Youngstown and Mahoning County. 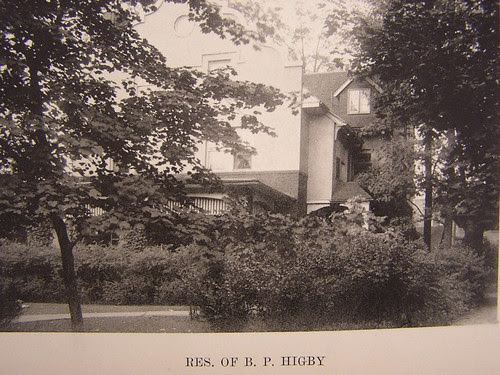