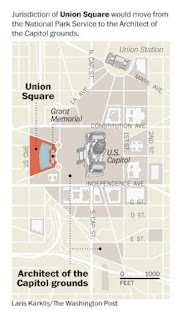 Delegate Norton's office calls our attention to this press release:

Washington, DC—Congresswoman Eleanor Holmes Norton (D-DC) said she was pleased with passage today by the House Appropriations Committee of an amendment to the fiscal year 2013 Legislative Branch Appropriations bill ratifying the Capitol Police Board’s decision to continue to allow commercial filming and photography in Union Square (the area just below the west side of the Capitol), after it was transferred last year from the National Park Service (NPS) to the Architect of the Capitol (AOC). After the transfer, Norton met separately with all the federal stakeholders to ensure that the NPS policy would be maintained after the transfer.

Norton said the transfer of jurisdiction from NPS occurred abruptly in the fiscal year 2012 omnibus spending bill without hearings. She believes that a hearing would show that there are advantages to an expansion at a time when the economy is struggling, and that there are no security risks. Particularly considering that filming requires the permission of the Capitol Police, Norton said, the transfer is an opportunity to explore commercial filming and photography of the Capitol for the first time in decades.

In the last sentence of the release, Delegate Norton made the point that the transfer, and the continuation of access to this area for filming and demonstrations--something that was a concern to various quarters (see "Control of the Mall’s Union Square changes hands" from the Post ) may provide an opportunity to expand the concept of film access more broadly to other areas of the Capitol Complex. 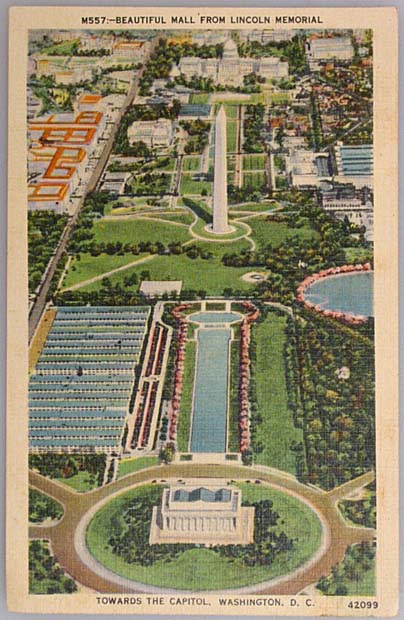 While Congress generally has not been interested in putting monies toward National Mall improvements because they don't care about Washington except as a place to excoriate, over a long term perspective, this could change.  This was discussed in a great Associated Press takeout, "Neglected National Mall Languishes," from a couple years ago.

At the same time, having this section of the National Mall under the control of Congress gives Congress more reason to deal with National Mall issues on a regular basis.


This is a long term goal that Delegate Norton and her staff will have to try to stay on top of, but clearly, they already are.

I have enjoyed reading your articles. It is well written. It looks like you spend a large amount of time and effort in writing the blog. I am appreciating your effort. You can visit my site.
Progressive Property Network (PPN)

I have enjoyed this website.i am too happy for reading the blog.You can visit my site.
UK Property Training Events