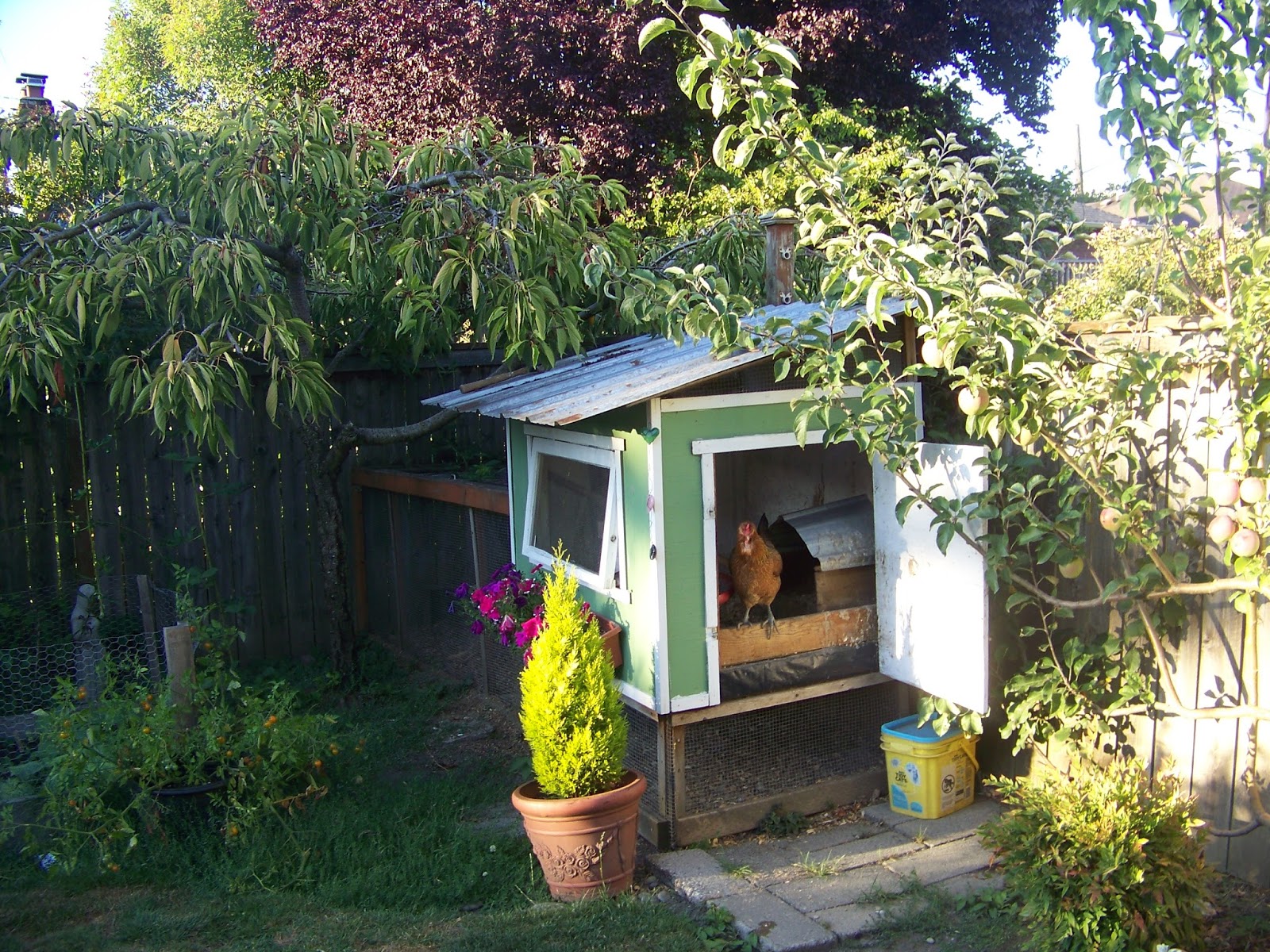 This coop in Ballard is tucked in the corner of the lot, against the back alley.

One of the big problems with zoning is that it is an all or nothing phenomenon.  Usually there are a number of authorized uses, which triggers no significant review, unauthorized uses (such as chickens in DC), or uses that may be allowed depending on hearings or other changes.

While traveling this past week, I read a bunch of newspapers from the Pacific Northwest and there were a bunch of articles about how changes to zoning codes concerning matter of right use (such as a automobile dealership in a residential area) allowing discordant uses (commercial in solidly residential areas) in close proximity created problems.

A guy in my greater neighborhood had some chickens--DC hasn't legalized urban poultry even though many of the nation's largest cities have--and someone reported it (comparable probably to how someone stole the flowers I planted on the alley side of our property) and he has to get rid of them.

He's suggesting that they allow him to keep the chickens until the code is changed.

While there is zero chance of that happening (see this 3+ year old story on the topic "D.C. residents fight to raise poultry in the city" from the Post, as well as Max Weber's writings on bureaucracy, James Scott Seeing Like A State, and John Friedmann's Planning in the Public Domain), it does raise a good point, that it is worth testing certain kinds of zoing changes on a limited basis, to get people to see how it will work, to make tweaks to proposals, etc.

We don't have that kind of iterative process in zoning.

But we need some type of demonstration process for at least five categories:

- urban poultry
- accessory dwelling units (it's actually legal now in some parts of the city, but it isn't really used much)
- apartments in houses
- "corner" stores (it was legal at one time so there are examples here and there across the city, especially in Capitol Hill)
- conversion of large houses to "rooming houses" (this is illegal now but could be allowed in certain situations). 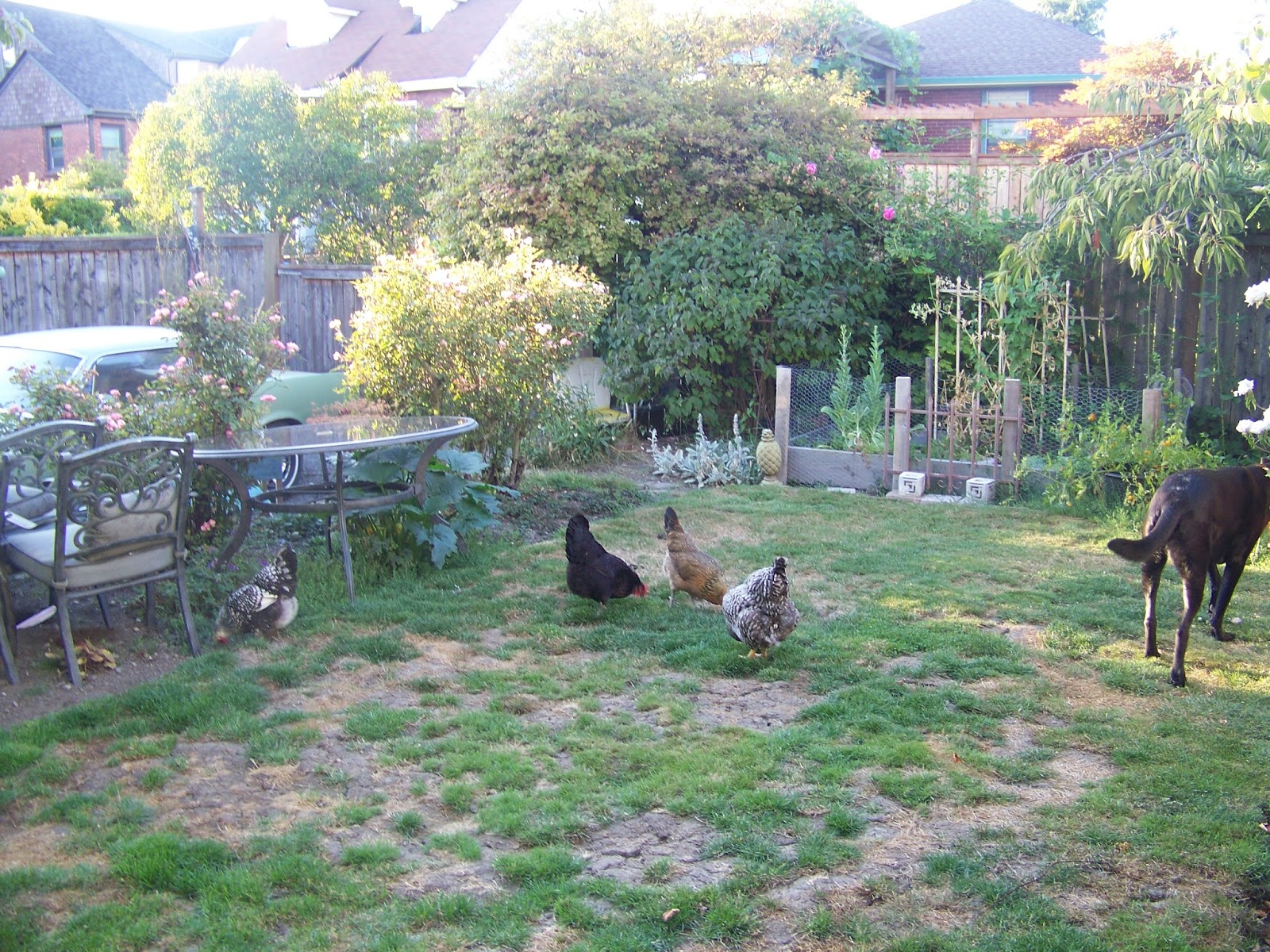 This backyard has a small garden and is also used by the dog.  The family has four chickens.  In Seattle, the legal limit is 8 chickens for lots less than 10,000 s.f.

Otherwise, people think everything will be going to hell with the changes.  Ideally, if they saw such in action, knowledge might trump fear.

We were traveling this past week (a wedding) and saw some urban chickens in two different neighborhoods in Seattle, in Ballard, a neighborhood with escalating housing prices, and in a middle income area, Madison Valley.

The chickens have been at both those households for 10 years or more.  They, their neighborhoods, and the City of Seattle have survived.

-  Seattle planning tip memo: Urban Agriculture
- "An update on Block Supported (Poultry) Agriculture," a previous entry based on some experiences with chickens in Salt Lake City