One way to pilot a fee per mile vs. gasoline taxes: institute it now, for alternative fuel vehicles


Personally, I think a gas tax is easiest to collect, but a belief that somehow people will be more willing to pay a higher "use fee" on a mileage basis versus paying more in gas taxes is pushing the concept of a Vehicle Miles Traveled fee forward. 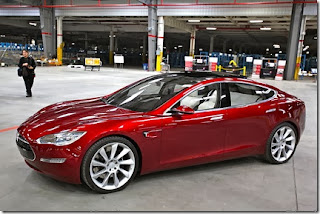 As part of a larger study, Oregon has been testing the concept for a number of years ("Oregon Nears Completion of Latest VMT Pilot," Governing Magazine) and recently introduced a larger test for 5,000 volunteers of alternative fuel vehicles ("Ten Questions (and Answers) About Oregon's New VMT Charge" Streetsblog DC).

There is no question that an unchanging gasoline tax will not raise enough money to pay for road and infrastructure repair and maintenance, let alone expansion and replacement, not to mention retrofitting of sustainable transportation infrastructure, take care of new placemaking elements, and throw some funding towards transit. 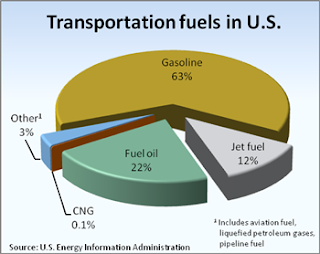 Charging a miles traveled fee is a way to raise the rates (not unlike how royalties were raised for performing artists simultaneously with the introduction of CD "records" so even though CDs were cheaper to produce than LPs, the price went up, not down) and collect more of the money necessary to maintain the road system.

Because alternative fuel vehicles powered by electricity, natural gas, and certain forms of biodiesel don't use fuels that are subject to the "gasoline" excise tax, they don't pay road taxes.

While Oregon continues to do testing, why not move from test to practice by instituting a VMT "fee" now, for alternative fuel vehicles--the vehicles that aren't paying taxes because they aren't using fuels that are taxed for road use.

There is a precedent for differentiated treatment of different elements of the same industry in "radio broadcasting."

In the 1990s, the music recording industry got Congress to pass as part of the Digital Millennium Copyright Act (DMCA) a royalty for recording companies on top of the royalties already due song writers and performers for songs "played" that was being extended to  Internet and satellite radio broadcasting.

It was a wrong-headed move.  First, traditional radio stations did not have to pay such a fee.  So this created an unlevel playing field between different segments of the same industry.  Second, Internet radio has less opportunity for revenue than traditional over-the-air broadcasters, not more, so this increased their costs and the likelihood of station failure.  Third, it stifles innovation.

But the impact of charging a VMT fee to all alternative fuel vehicles while slightly unfair and certainly unequal won't have the kind of stifling impact of the DMCA, even if hybrid vehicle owners were up in arms about the flat fee of $64 they are supposed to pay in Virginia as part of the change to gas taxes there earlier this year ("Repeal of Va. hybrid vehicle tax in the works," Richmond Times-Dispatch), "Hybrid drivers may save on gas but new tax gotcha," USA Today). 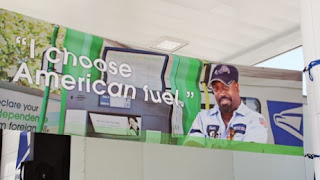 From the USA Today article:


John Kraus has a new Toyota Prius V hybrid wagon that he's very fond of. He's also got a new Virginia tax on it that he's none too happy about.

Virginia Gov. Bob McDonnell, a Republican, signed a new law last month that lowers the gas tax for everyone, but slaps a $64-per-year fee on hybrid and electric car owners to help make up for what those drivers aren't paying at the pump.

"What's not to like about getting better than 40 miles per gallon of gas?" asks Kraus. "Oh, wait — less revenue for Virginia. Well, excuse us for helping to reduce the nation's oil dependency."


Jamie Caissie, a 35-year-old flooring contractor, decided to try something new and filled up his GMC Sierra truck with E85 at the Fullerton station.  "My truck says it can take flex fuel, and it's 70 cents cheaper," said Caissie, who lives in Fullerton and often travels to San Diego and Northern California for work.

It's very important to differentiate between the "environmental benefits" and "trade benefits" of alternative fuel vehicles compared to traditional vehicles versus the "economic costs" involved in building, operating, and maintaining the road system, which are the same for all vehicles regardless of fuel source.

Regardless of the benefits to "society" from the use of alternative fuels, drivers of such vehicles still use the roads and shouldn't get a free ride while doing so.

Why not further the innovative impact of these vehicles by utilizing them to pilot a different and "better" way to pay for roads?

As a sweetener, authorizing VMT-based car insurance could be rolled into the program.  From "VMT fees, per-mile insurance make headway" by the State Smart Transportation Initiative:


While use of a mileage-based tax to replace or supplement the gas tax is still in the discussion stages, one company has begun to offer insurance on a pay-as-you-drive basis. Instead of a flat fee, or discounts for driving fewer miles than average or being a good driver, Metromile offers true per-mile insurance. In addition to a base monthly fee, drivers pay for each mile they drive. The company estimates that this offers savings in particular for urban drivers, who use transit, walk, or bike for many trips. Although the insurance is currently only available in Oregon, the Redwood City, CA-based company hopes to expand to other states soon.

Wow, what an amazing giveaway!! Thanks so much.