Why is it so hard to just raise the federal (and state) gasoline excise tax? 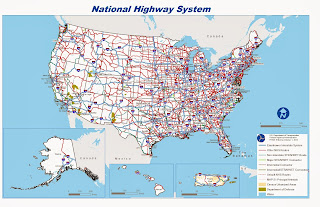 Greater Greater Washington has an entry, "Topic of the week: No more federal gas tax?," about a legislative proposal to eliminate mostly the role of the Federal Government in managing and funding a national surface transportation system.  From the entry:


The Transportation Empowerment Act (TEA), by Senator Mike Lee (R-Utah) and Representative Tom Graves (R-Georgia), would virtually eliminate the federal gasoline tax over a 5-year period and devolve the responsibility of funding roads and transit to the states.

Given the difficulty of Congress doing anything (and sometimes that's a good thing, since the status quo is often better than ideologically-fueled "improvements") this isn't likely to go anywhere.

This kind of proposal scares me because at its root it is anti-federalist and anti-nation and pro-devolution, pro-state and pro-Balkanization that should be opposed by people who believe in an integrated nation.  Although that is a topic for another blog entry.

Why is funding roads a problem?

The federal gasoline excise tax hasn't been raised in over 20 years, so it has lost a significant amount of its purchasing power.  Meanwhile costs for maintaining the system go up, especially as sections of the federally supported road network (Interstate Highways and the US highway road system) get old and need to be rehabilitated.

Note that I didn't do a write up of a seminar I went to featuring transportation finance scholar Martin Wachs. When he was asked about what the fed. excise gas tax should be to cover the needs, he said that he considers credible estimates of 60 cents/gallon. No one asked and it would have to be done at the state level to figure out what state and local gas taxes should be.

He agreed with me that the excise tax or taxes on wholesalers is a lot easier to collect than a vehicle miles traveled tax (note that it would need to be around 3 cents/mile at an average fuel economy of 23 mpg for a typical automobile).  But he made a good point that a VMT-based system could include other "value added services" such as charging for insurance by the mile.

Some argue that devolving authority to the states would improve things, because the US DOT is a brake on innovation

While this seems true in some respects*, the fundamental problem is that the "highway" industry is dominated by suburban and rural interests at both the federal and state level, and even if the Federal Government were to cede its role to the states, the likelihood of most states--many are dominated legislatively by rural interests too, because of political district gerrymandering--all of a sudden taking up a pro-urban pro-city transportation agenda is remote.

So it won't change anything in terms of cities, except maybe make things a little worse, because cities won't be able to play off the Federal DOT against State DOTs, as a way to push forward change.

*  The Federal Highway Administration is actually an incredible resource on all things road, including biking, walking, and to some extent transit (that's handled by a different agency, the Federal Transit Administration).  They have amazing pro-bike and pro-walking resources, fund information and resource centers, etc.  But the decision-making structure is dominated by mobility agenda that favors motor vehicles.  And that agenda is set by Congress in large part, which is dominated by road building interests.

Last year Georgia failed for the most part to create locally funded transportation districts--a couple were approved, most failed (past blog entry, "Failure of the transit-roads sales tax measure in Metro Atlanta").

However, at the local level, many bond funding and sales tax initiatives, especially to fund transit, succeed. 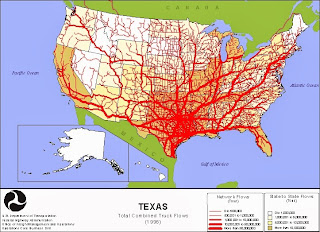 Relatedly, there is a new effort ("California transportation leaders seek car tax hike for road repairs," Sacramento Bee) to put on the California ballot a referendum to increase the car registration tax to pay for road improvements.

California is very progressive politically, but I just can't see this being approved by the voters.

Note that since Washington State has allowed local jurisdictions to put a car registration tax increase on the ballot for funding local transportation infrastructure and operations, according to the Municipal and Research Services Center of Washington website, not one has been approved.

Apparently, Washington State had a car registration tax more comparable to other states but it was eliminated in the 1990s.  See "Car-Tab Tax, Rejected Twice by Voters, is Being Eyed Once Again by Lawmakers," from Washington State Wire.

Conclusion: Why not just do the right thing, and raise the gas tax?

It sucks when you pay at the pump, but considering what we get in return, a national road network that functions reasonably well, I'd say it's worth it in terms of being able to function as a nation with a mass market and relatively unhindered mobility.

P.S. at the local level, it's almost impossible to charge higher rates for residential parking permits...

But I've discussed that ad infinitum.