Out of the activities concerning the design competition for the 11th Street Bridge Park project in DC, I've been struck by some conceptual and highly visionary opportunities that could grow out of the project, were DC Government to engage with the community and the world at that level. 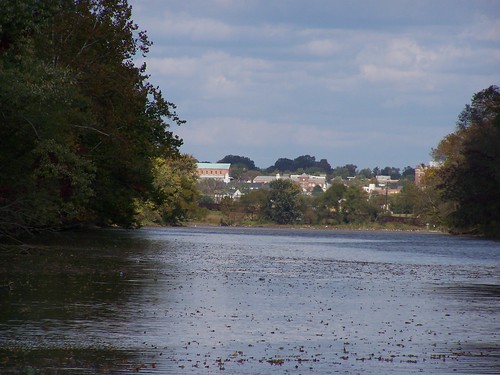 Chesapeake Bay, the largest estuarine system in the contiguous United States, has a watershed of almost 64,000 square miles. The total surface area of the Bay is 3,830 square miles. Of these, 153 square miles are tidal fresh waters, 3,562 square miles constitute the mixing zone, and 115 square miles are salt waters. This unique ecosystem also contains more than 1,500 square miles of wetlands that provide critical habitat for fish, shellfish, and wildlife; filter and process residential, agricultural, and industrial wastes; and buffer coastal areas against storm and wave damage.

Environmental education element to the Bridge Park design brief.  At the round of meetings last week for the design advisory committee of the 11th Street Bridge Park project, in discussions about an environmental education component it seemed pretty obvious that the amount of space on the bridge park site is constrained and the requirements for a comprehensive environmental center are difficult to meet within the project as currently conceptualized.

The need to bring more attention to water issues of all types. But the desire for an environmental education center there/in DC is a recognition of the need to bring more attention to DC's rivers, the Anacostia especially but also the Potomac, neither of which is safe for fishing or swimming within DC, as well as the broader ramifications of watershed quality for the entire Chesapeake Bay region. 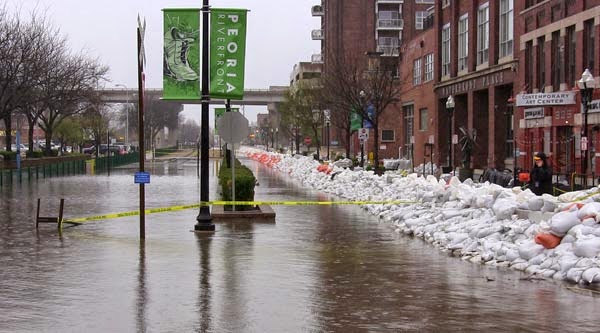 And the issues are important locally and regionally as well as nationally.

DC has another opportunity to do something pathbreaking and visionary.

Here are some recent events that demonstrate the need for a high profile urban water/environmental education center: 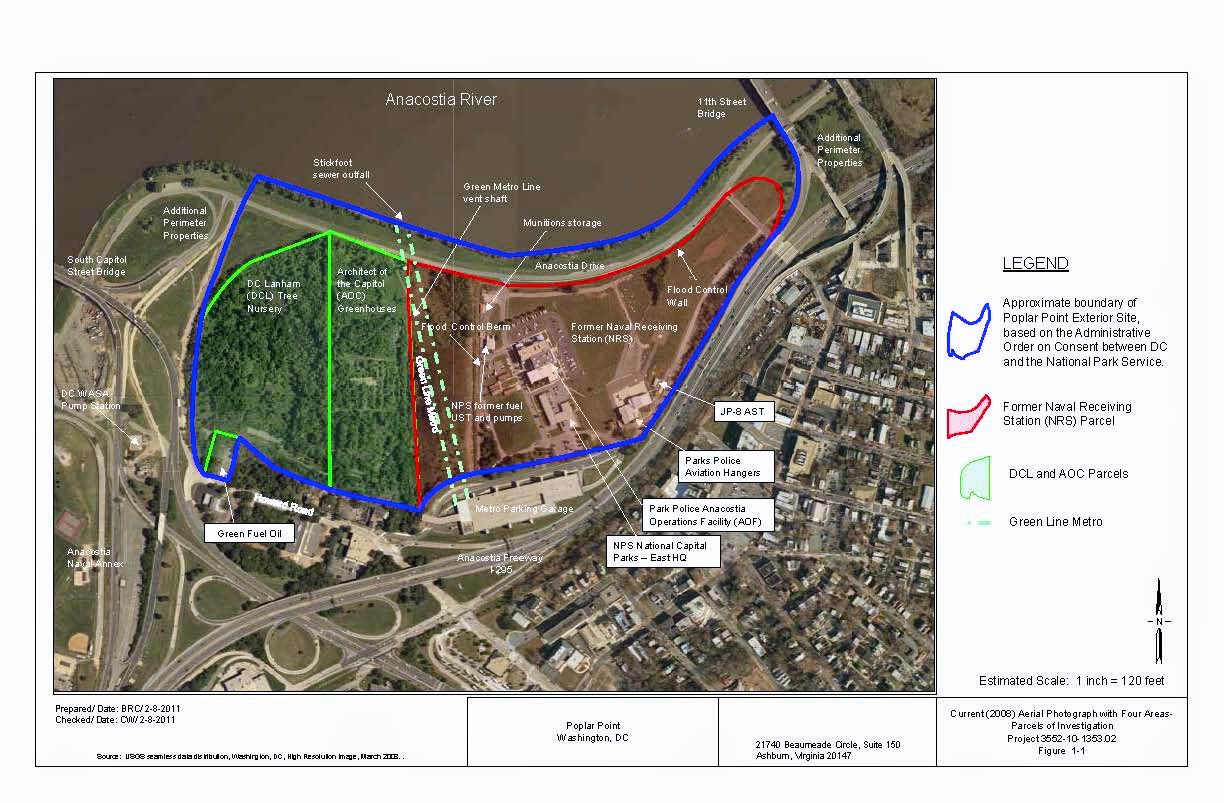 Current conditions, Poplar Point.  NPS diagram. The 11th Street bridges are at the top right of the diagram.

DC is about to embark on a long range planning initiative for Poplar Point--the current agreement allows for 40 acres to be developed while 70 will remain "park land."

One question that needs to be answered is whether or not museums and educational facilities be considered part of the "park portion" of the development), there is an opportunity to complement the proposed program of the Bridge Park onto adjoining Poplar Point lands.

Why not integrate certain elements of planning for Poplar Point and the Bridge Park by including access to some of the adjoining land of Poplar Point to accommodate an expanded environmental education program and related cultural facilities.

The Villa is a research, conference, and exhibition center fostering cooperation and cultural exchange within the Mediterranean basin by presenting conferences, lectures, debates, films, concerts, art and cultural exhibitions, and performances. An unusual feature of the building is that the conference center is below ground, under water, with an aquarium-like effect.

The idea behind Villa Méditerranée was to position prominently France's national agenda with regard to the Mediterranean countries in Northern Africa and Europe and to push forward Marseille's claim against Barcelona as the unofficial capital of the cross-national Mediterranean region.

The Villa is complemented by the Museum of European and Meditterranean Civilizations, which is the first national French museum located outside of Paris.  The Villa + MuCEM combination is a model for how a Poplar Point cultural complex could include not just a multifaceted Water/Urban Environmental Education Center but also other cultural facilities.

Anacostia Community Museum.  To complement the Environmental Education Center, I'd recommed moving next door the Anacostia Community Museum, which is poorly located and as a result has extremely low patronage--just over 100 people visit the museum daily.  A much more accessible and prominent site on the Anacostia River in Poplar Point, next to the proposed water-focused environmental center, would be a much better location.

Originally the museum was located in a vacant theater on Martin Luther King Avenue, but then moved to its current location in Fort Stanton Park, which is somewhat distant from the commercial district as well as the Metro Station, and is significantly uphill.

While the Museum is only 1.3 miles from the Anacostia Metro Station, it's difficult to walk or bike to, has limited transit connections (a shuttle bus runs from the Metro), and there are limited opportunities to leverage the presence of the Museum for ancillary neighborhood revitalization.

A new location would provide the opportunity for a fresh start and an update of the Museum's mission, approach, and exhibits.  It could also be involved in shaping and presenting the exhibit program in the DC Villa.

Programming the DC Villa.  Another example of a facility to use as a model for a DC program is the Ecotrust Natural Capital Center in Portland.

Long before the creation of the LEED system, they took an old warehouse building, rehabilitated it with best practice green building and earthquake-proofing practices, and made it a center for environmental organizations.  Today more than 24 environmental and social enterprise organizations are based there.  It's located in Downtown Portland, rather than in a distant suburban or exurban location where most people get to the center via motor vehicle.

Programming could include:
Creating a formal DC marine/environmental extension program.   DC has a seemingly pathbreaking Sustainability Plan, although I have questioned the ability and willingness of the government to make significant changes in its approach and practices in accordance with the document's stated wishes ("goals").  See "Realizing all aspects of Sustainable DC." 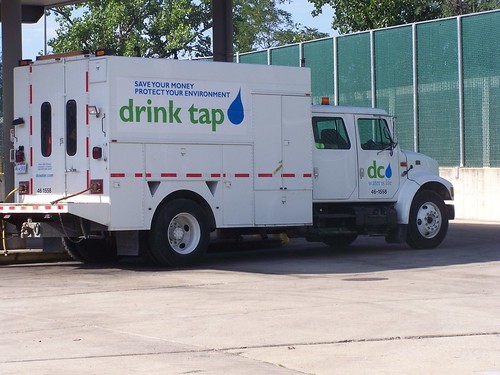 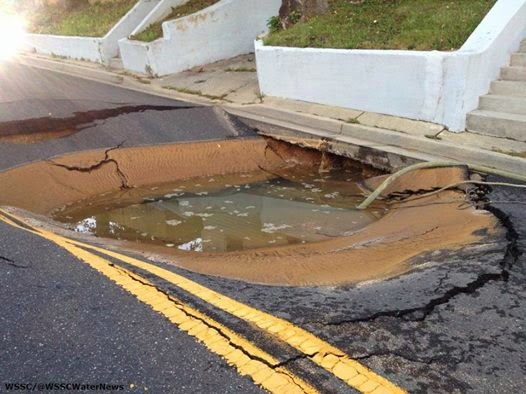 Some universities have marine extension programs as well, such as the marine program of Cornell Extension in Suffolk County, NY.

Most of these programs tend to be focused on the ocean side of water, including commercial fishing and aquaculture (Georgia, Oregon) and are affiliates of the federal Sea Grant program arm of the National Oceanic and Atmospheric Administration of the US Department of Commerce.

The model is extendable to the interior of the country and rivers, bays, and watersheds.

Given the recent discussion of what's missing from the Clean Water Act and the regulatory structure that has developed in response ("Behind Toledo's Water Crisis, a Long-Troubled Lake Erie," "The Threats to Our Drinking Water," and "The War on New York's Waterfront," New York Times), it's worth raising the issue of creating a formal Marine Extension Program focused on the interior of the country and involving the EPA as well as other government agencies like the US Fish and Wildlife Service, the Forest Service, and harvesting best practice programs from around the country (such as the Texas "Major Rivers" children education program, and the Urban River Visions planning initiative of Massachusetts (which is now defunct).

Besides UDC, units could include DC Water and Sewer Authority, DC Department of Environment,and the Department of Parks and Recreation Urban Agriculture program.

DC Water and DDOE already have some best practice outreach and education programs, including the "Drink Tap" and River Smart Homes programs.

Note that because the Anacostia River is in Maryland too, perhaps UMD cooperative extension and Sea Grant programs could be engaged in the center's activities. Similarly, because DC shares the Potomac River with Virginia, perhaps the Virginia Institute of Marine Sciences could be convinced to participate as well.

1.  Create a multifaceted education, conference, exhibit, research and outreach center dedicated to water issues impacting cities and rivers, with the Anacostia and Potomac Rivers and the Chesapeake Bay as the primary focus of study, but with the center mounting programs of regional, national, and international interest.

2.  Various DC government agencies and UDC should create a marine extension program as one of the components of the center.

3.  Move the Anacostia Community Museum, a unit of the Smithsonian Museums, to a location abutting this proposed center.

Meadow Center for Water and the Environment at Texas State University is another example of a water-focused university-based program.