Local history museums generally can be pretty good places to be exposed to a richer, deeper, and more analytical framework for considering the history of a community.  Standouts include the Valentine Richmond History Center in Richmond, Virginia; the Pittsburgh History Center; and the Montreal History Center.

The best of these museums present a thematic and timeline-based framework to help people understand the major events within a community in local, national, and international contexts.  Note that the Museum of the City of New York presents this type of framework through a movie rather than exhibits.

Of course, not all museums do this--still being somewhat parochial--while some other museums, notably the Museum of London, stake out a greater role for the museum in providing a forum for reflection on current events.  (See the past entry, "Parochialism and historiography.") 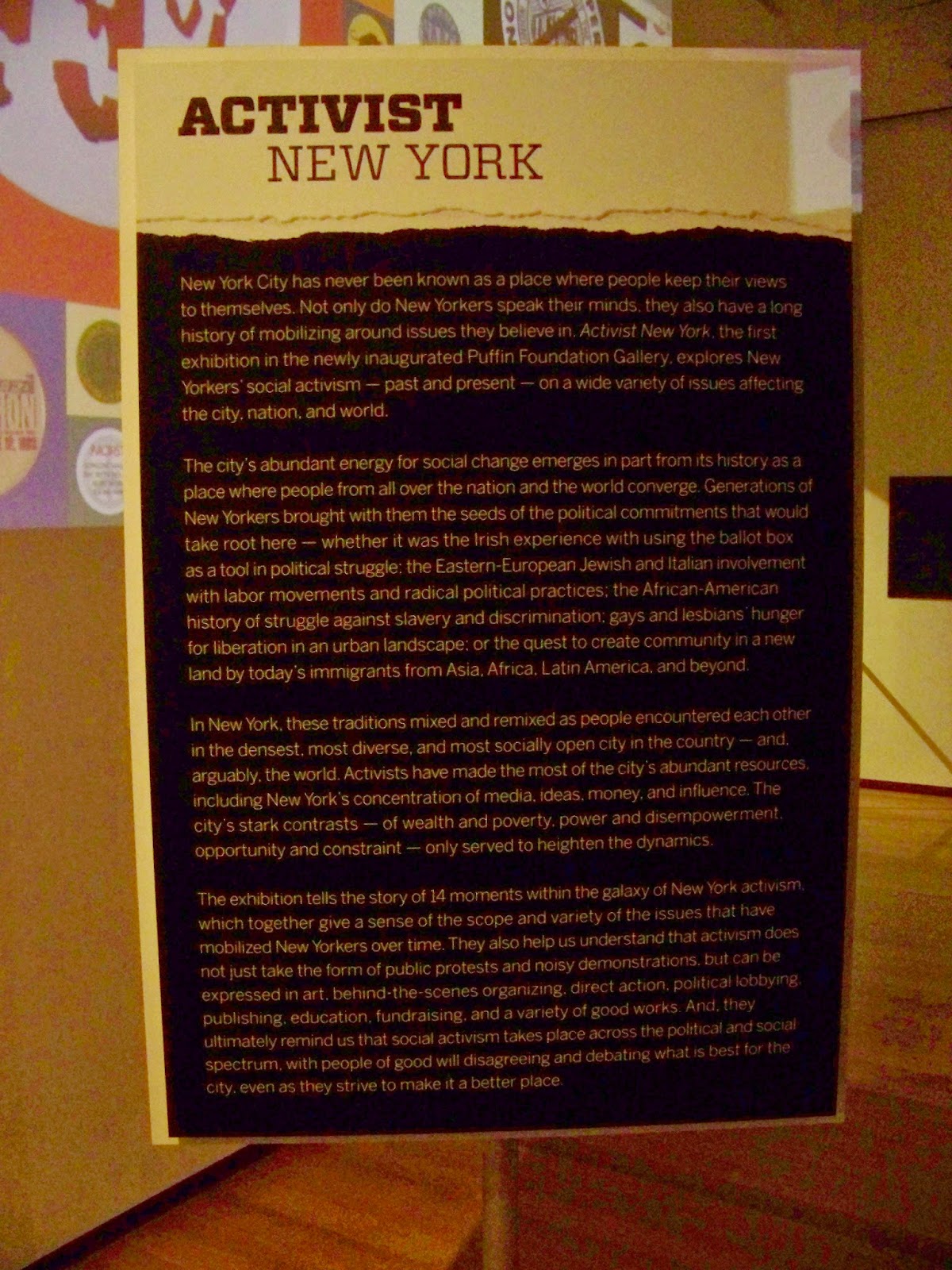 In terms of this theme of the lack of critical analysis within communities, in 2012, the Museum of the City of New York opened the Activist New York exhibit, as the inaugural exhibit in the Puffin Foundation Gallery, called the Puffin Gallery for Social Activism.  It's a long term exhibit with no set end date.

It is a fabulous exhibit, in a not very big gallery, that packs in incredible insights into "local" history by presenting social and political changes in New York City (and society more generally) through the lens of the role of activists and protest in making those changes.

Because New York City plays such an oversize role in the nation--it's the biggest city, home of the nation's national news media and publishing firms, is the financial capital, etc.--"local" protest there also shapes national trends, making the exhibit relevant far beyond what it says about NYC specifically.

The exhibit is special, even remarkable, because it also covers present day issues that continue to rile certain segments of the population.  (Although I was surprised that Occupy Wall Street wasn't included, probably because it was happening while the creation of the exhibit was wrapping up.) 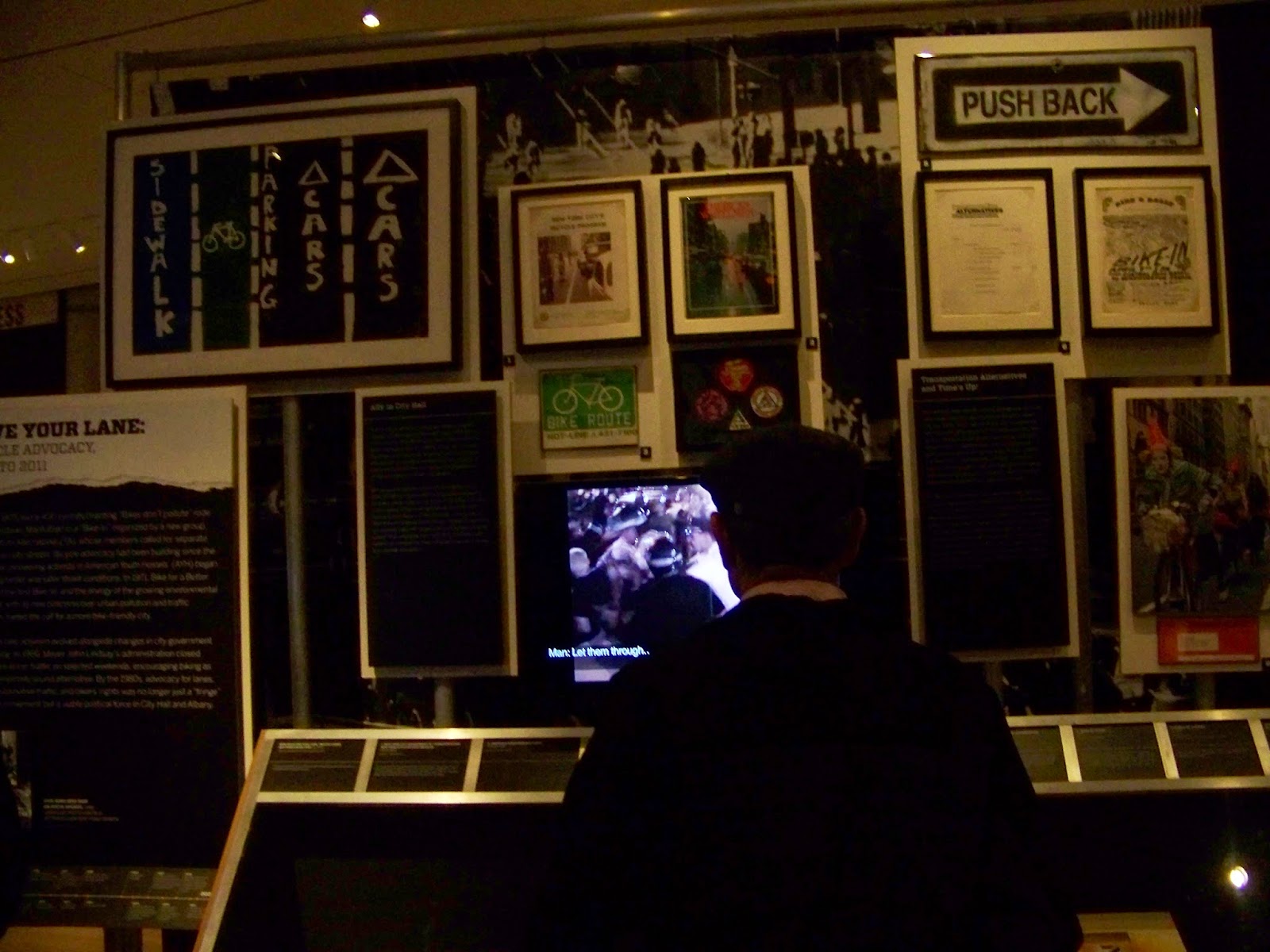 Part of the exhibit on biking.

It is to be expected that such an exhibit would include religious freedom, civil rights, workplace rights and labor organizing, and the Settlement House movement, it's particularly distinguished by the inclusion of intellectually-driven initiatives such as protest publishing or the New Deal era Federal Theatre Project, New York City strains of Conservative Activism as a response to the rise of postwar liberalism and the city's historic preservation movement, as well as contemporary issues including community development, Gay Rights, the attempt to create a Mosque near the site of the World Trade Towers destroyed on 9/11, the place of biking in the mobility paradigm of the city, and artist activism. 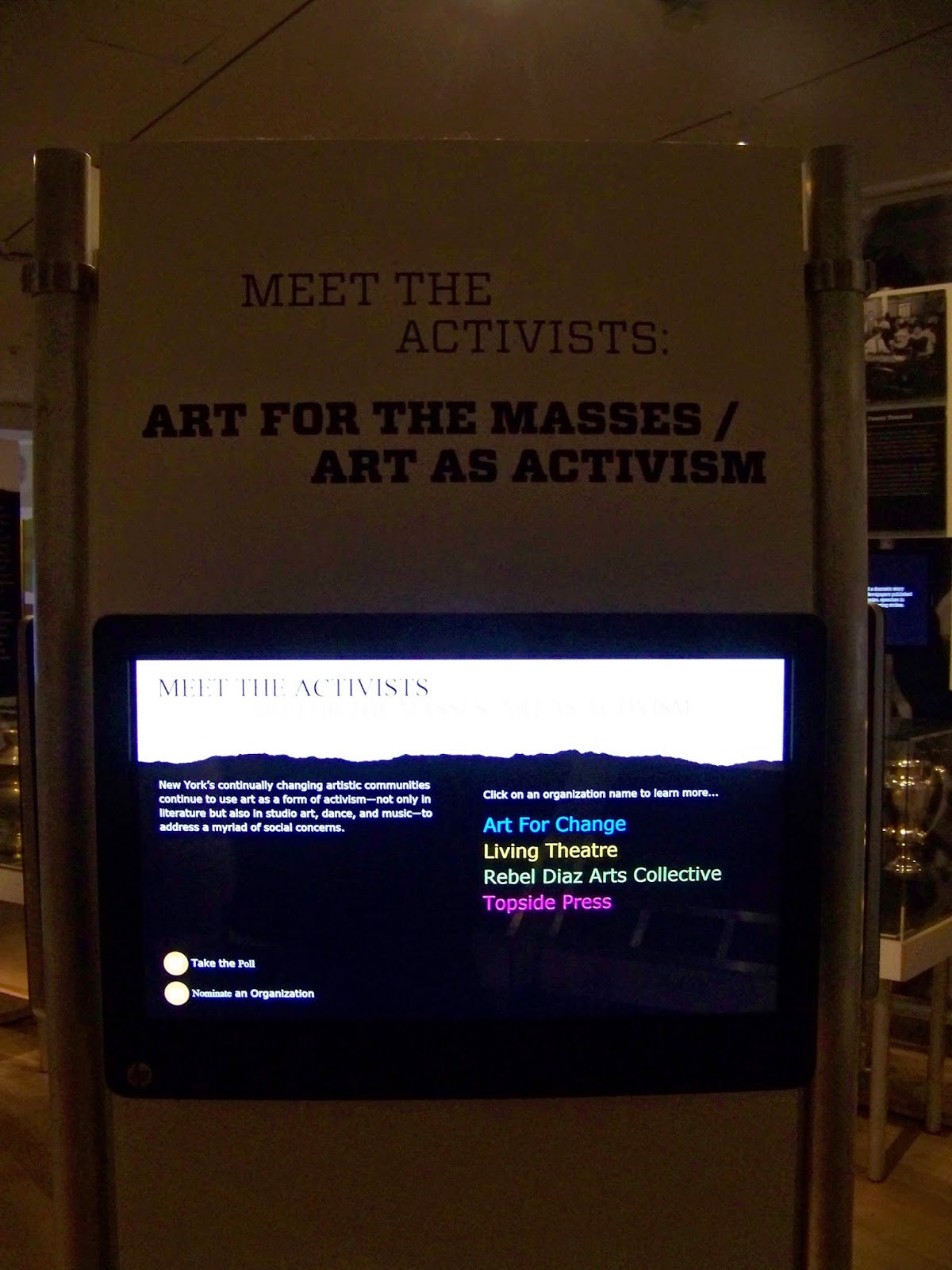 Each of the 14 movements covered provides an opportunity for serious reflection and critical analysis that contemporary action too rarely affords.

I can't remember the extent of the coverage of immigration, although that could be an exhibit of its own, from both historical and contemporary perspectives.  Similarly, the African-American protests with regard to local control of schools and the school system is another topic deserving of more attention.

I don't know if the Museum developed and presented programs and lectures in conjunction with the exhibit's opening.

It would be interesting to offer such programs in association with the exhibit, as well as to feature books and other media on the various topics, in the gift shop or elsewhere in the museum as further resources, e.g., a bibliography-resource list for each of the subject areas.

While it's not part of the purview of a local history museum, the exhibit could be the jumping off point for more general programming on the process and practice of community organizing and the development of social movements as well, especially given the great number of NYC-based academic researchers studying the field.

House museums.  The Engaging Places blog has a "Recap of Historic House Museum Symposium at Gunston Hall." A big issue in "the trade" is that there are lots of historic house museums and many are underfunded and neglected, and that most such properties need to reposition and rethink what they are trying to accomplish and how they organize, package, and present their story.

A couple of related articles on the topic include:

Historical societies.  I found the historical societies article interesting because the problem with historic house museums is more widespread and goes beyond house museums. The problem more generally is a lack of interest in or concern about history.  This affects historic preservation and local history museums too, something I have written about enough to not repeat myself here, but it's important to think about comprehensively.

One way to do so would be to deal with the History Channel, Smithsonian Channel (run by Fox), Travel Channel, AWE, and other programming networks in a similar fashion as it relates to their programs. 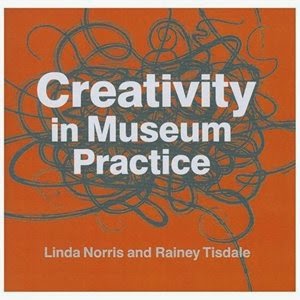 City museums.  Museums professional Rainey Tisdale has a number of publications on the topic of making local history and city museums more interesting and was guest editor of a special section of articles on the topic of City Museums and Urban Learning in a special issue of the Journal of Museum Education and is co-author of Creativity in Museum Practice.

This has come up locally with regard to the Mary Terrell House in LeDroit Park, which is owned by Howard University ("Once home to civil rights pioneer, historic house is now worst on the block in LeDroit," Washington Post) and is a problem in Greater Los Angeles too, according to the Los Angeles Times article, "Most L.A. County cities failing to protect historic sites, study says."

I mentioned a couple more recent examples in DC within the last couple weeks, buildings on the DC Preservation League's 2014 list of endangered places, St. Elizabeths East Agricultural Complex, which is owned by DC Government, and the Washington Canoe Club, which is privately controlled, but located on National Park Service land.

The problem with local history museums is that they are frequently boring. And geared towards affirming some local interest or group, in effect saying "we got this museum as a statement because we are owed it" or something to that effect. These types of museums frankly often need outsiders to curate them, to objectively figure out what in the community is actually interesting to outsiders, once all the locals have made their one-and-done trip, and attendence plummets quickly after opening.

A book coming out in 2021, _The Myth of Museums: Why Cultural Institutions Can't Be Neutral in an Age of Protest_ by Laura Raicovich.

"Museums Strive To Bear Witness To the Pandemic"

archive of cultural objects-artifacts related to the Egyptian protests, demonstrating the culture sector as an outlet for expressing dissent.