Historic Preservation Tuesday: Saving buildings vs. "the right to petition to redress grievances"

I joke sometimes that one of the problems of the rights enumerated within the First Amendment of the US Constitution:


Congress shall make no law respecting an establishment of religion, or prohibiting the free exercise thereof; or abridging the freedom of speech, or of the press; or the right of the people peaceably to assemble, and to petition the Government for a redress of grievances.

is that when people learn of "the right to redress grievances" they believe that a petition in and of itself is action, and that signing a petition is action.

A petition is a call to action, but it isn't necessarily an action because many issues are addressable only through defined processes, when laws and regulations provide for "remedies" depending on the nature of issue.

With historic preservation, if you have the right laws and regulations in place, you can work to prevent a building from being demolished.  You may not win, but you have the chance.  But you must follow a specific process, it's not a matter of signing a change.org petition, 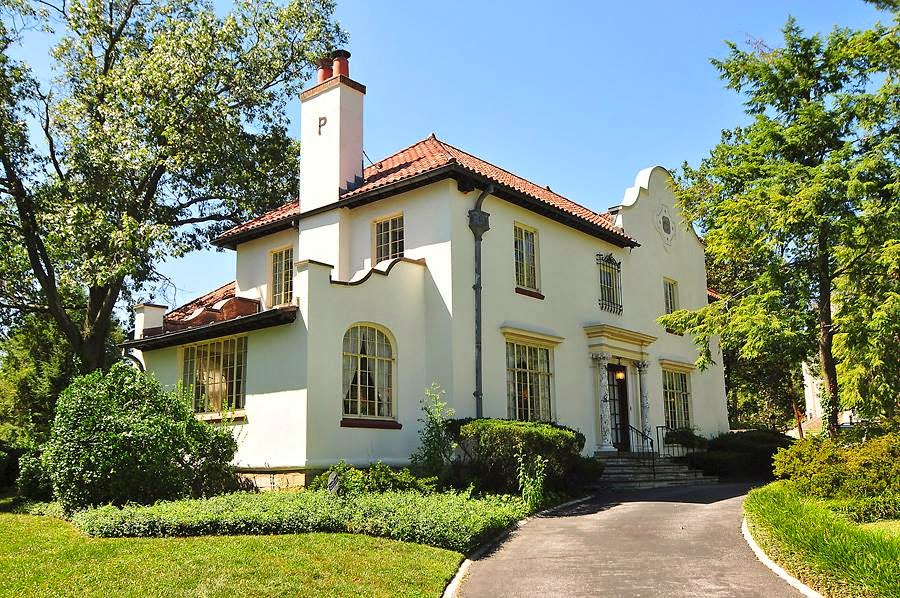 Image from the Ghosts of DC blog.

In the case of DC, to prevent a building that is not located in a historic district from being demolished, the only remedy under DC law is to prepare and file an application to designate the building as a historic landmark.

I bring this up because the Ghosts of DC website is promoting a petition to save the house at 3400 Massachusetts Avenue NW from being demolished ("Save this historic DC home").  But instead, they ought to be preparing a landmark nomination.  A petition has no legal standing in the matter. 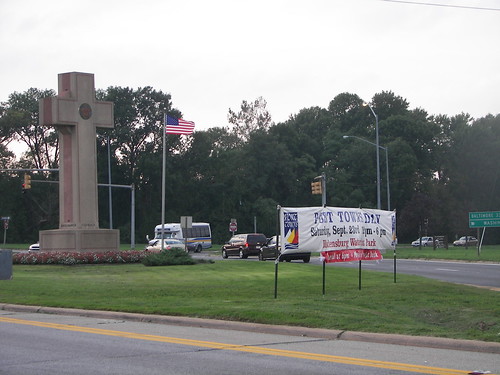 For one thing, people think that a building listed on "the National Register of Historic Places" protects the building from any and all circumstances.

That isn't the case.  Listing on the NRHP only protects buildings from "federal undertakings" and requires a review, which could still end up with loss of the resource.  (Federal laws concerning preservation include the National Historic Preservation Act and the National Environmental Policy Act.)

This comes up with Peace Cross in Prince George's County.  According to the Gazette ("Woman fights to save Bladensburg Peace Cross through film"):


[Renee] Green, 52, of Annapolis is producing a documentary called “Save the Peace Cross,” and is the sponsor for the World War I memorial’s nomination to the National Register of Historic Places. Green grew up in Prince George’s County and visits Bladensburg regularly as a board member of the Elizabeth Seton High School alumni association.

The documentary is a direct response to a lawsuit by the American Humanist Association, which argues the Peace Cross is a religious symbol on government land that appears to only honor Christian servicemen. ...

With assistance from the Maryland Historic Trust and the county’s Historic Preservation Commission, Green completed the National Registry paperwork for the Peace Cross. She said the memorial’s age, integrity and significance meet all of the registry’s qualifications — the Peace Cross is more than 50 years old, it looks fairly the same as it did when it was erected, it is associated with a historic event and it is significant to architectural history, as it was designed by craftsman John J. Earley, who developed a process for producing exposed aggregate concrete.

but that isn't really the case as it depends on the local laws and whether they provide protections for local undertakings.  If the County wants to get rid of the memorial, it could.

In fact, the realization that listing on the National Register didn't protect buildings from local undertakings, and the demolition by a church of buildings it owned in the Capitol Hill Historic District for a parking lot, led to the creation of a strong local law.

3.  The point is that to protect resources in most instances, there need to be local laws addressing the actions of local property owners, and local governments.  Most jurisdictions have preservation laws and processes, but they vary in how strong they are.

4.  Most jurisdictions provide elected officials with either or both the privilege of final approval or withdrawing recognition.  In those places, it's pretty common that economic and political choices contravene historic preservation considerations.  And the preservation board will often make decisions based on those considerations as well, trying to keep decision making within the bounds of the expectations of the "higher authorities." 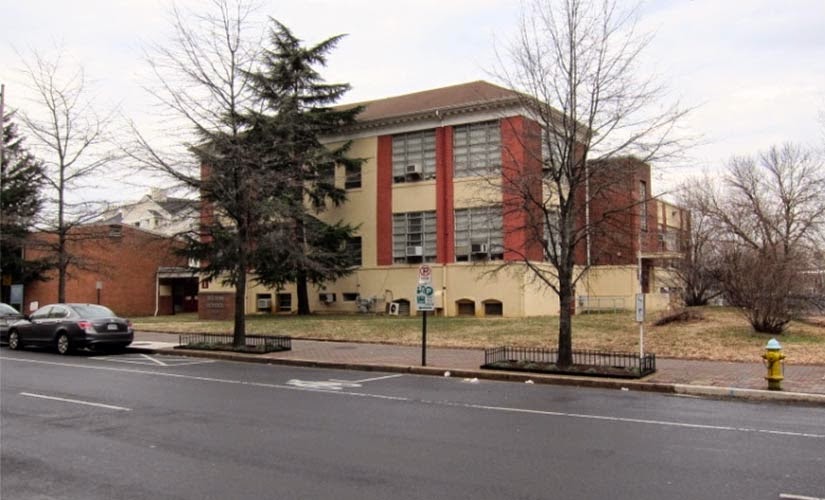 Image from Preservation Arlington.  Note that judging by the photo, there are definitely integrity issues that militate against a hardcore decision on saving this building as is.

This has come up in Arlington County and the decision to demolish the historic Wilson School building, because of the cost of preservation and the desire for economic growth in a county that is increasingly pressed economically.


More than a dozen residents, including an 85-year-old woman who attended the school between 1936 and 1942, pleaded with the board to designate the building a local historic district as a way of forcing the school board to incorporate the red-brick structure into its plans for a new 775-student school. But opponents argued that the distinctive portico, columns and cupola were removed from the school in 1963 and that it would cost millions to retrofit the structure to meet today’s building codes.

“It would cost a fortune to do it right . . . and we have a lot of needs in this county,” said board member Libby Garvey (D), pointing out that the county has saved several other historic schools. “There’s a time in life when you have to let go of things.”

5.  By contrast, DC's preservation laws are significantly stronger than other jurisdictions in the US.  (a.)  Owners don't have to approve designation for it to occur.  (b.) Organizations with appropriate standing can submit landmark nominations on properties they do not own.  (c.) the Historic Preservation Review Board makes decisions on whether or not resources are worthy of historic designation.  (d.) while the decisions are subject to certain levels of review, the Mayor or City Council cannot intervene in the process* or overturn decisions.

(* The Mayor does have some powers of suasion and can ask board members to resign or decide to not reappoint members if displeased by certain decisions..  But otherwise, the Executive Branch and the Legislative Branch can submit testimony just like anyone else.)

6.  But with this level of strength in the law also comes heightened responsibility.  There is a process for overturning decisions, through administrative law procedures and the courts, but such decisions require a high bar.

Also, given the strength of the actions they take, the HPRB is forced to be clear about its decision-making processes.  They follow the law and regulations very closely, making determinations on architectural, archaeological, and historic grounds, and so, in the case of "landmarks," which have to meet a higher level of significance than "contributing buildings" in a historic district, the HPRB is not likely to rule favorably on designating an average building with limited architectural or historical significance.

7.  To summarize, to save a building from demolition--if it is even possible--you have to follow the rules specific to your jurisdiction.  In most cases, National Register listing is immaterial to the threats typically faced by historic buildings and sites.