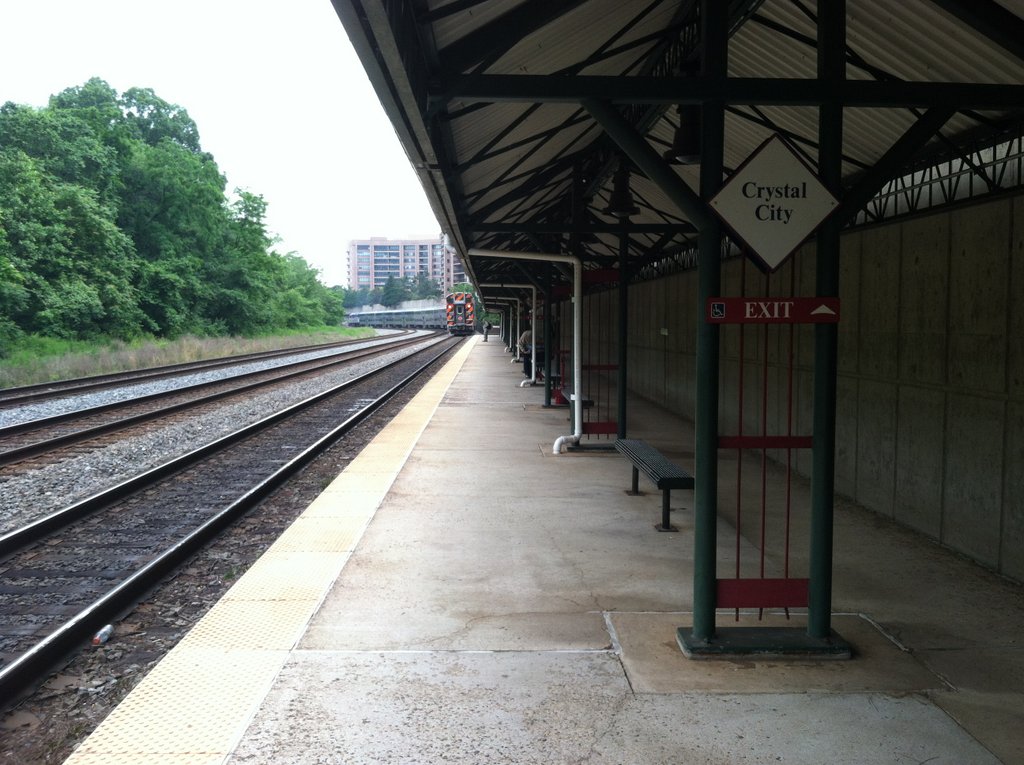 In the GGW entry "Virginia’s plan for updating the tracks Amtrak and VRE use between DC and Richmond… and the costs," commenter mcs made the point that VRE service at the Crystal City station is poorly coordinated in terms of access to National Airport.

From time to time I write about airport transportation issues, most recently in:

-- "Night moves: the need for more night time (and weekend) transit service, especially when the subway is closed"
-- "More on airport-related transit/transit for visitors"
-- "More on transportation to the DC area airports"

No mention of 23rd busiest airport in the US that is 700 feet away. Need better regional planning.


It should be named Crystal City/Reagan [National Airport S]tation and the connection should be marketed deep down to Fredericksburg and Richmond. Plenty of people drive up and pay to park.

Very good points about better railroad to airport connections. And I can't remember the specific configuration of the roads between the Airport and Crystal City, but like how BWI Ground Transportation took "ownership" and responsibility for transit between the Amtrak/MARC train station and the airport (photo below by Elvert Barnes) when before a shuttle had been run by Amtrak, using the same bus network that runs within the airport, National Airport probably should run a shuttle to the train station in Crystal City. 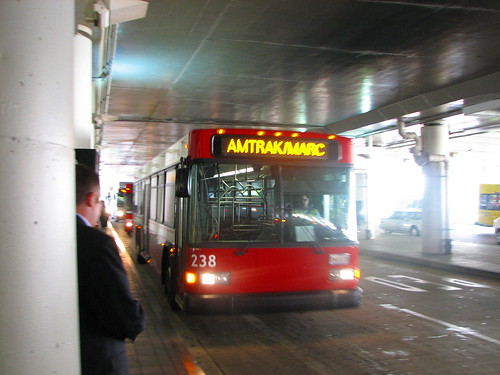 National Airport needs to take better ownership of this element of mobility and service to the Airport if it truly cares about customer service and ease of access for multiple modes.

Including Crystal City Station on the routing for National Airport shuttle services would also have the advantage of serving people who want to drop off a Car2Go there as a way to get to the airport.

Although for the latter, the Airport should agree to set up a Car2Go parking area, comparable to what is done at Trudeau Airport in Montreal.

interesting blog entry on the Toronto Pearson Airport "already being a transit hub." Discussion, including a link to a report about the opportunities at the airport

Rail service and ground transportation seem great at the airport and travellers would be happy to use them.
airport parking deals