Integrating transportation planning, delivery, and fares: the Germans do it best.  I am on record for promoting the German style transport association model for those regions that have a multiplicity of jurisdictions and transit operators.  Places like New York City, Philadelphia, DC, San Francisco, Los Angeles County definitely.  Places like Boston where the MBTA runs most of the services not so much.

-- "The power "of understandable graphics: a proposal for integrating NYC-area railroad passenger service
-- "One big idea: Getting MARC and Metrorail to integrate fares, stations, and marketing systems, using London Overground as an example

While there are still different agencies and service providers, the association takes on the responsibility for overarching planning, service, routes, and the creation of an integrated fare and fare media program that is not agency-dependent.

Raleigh-Durham's collaborative model suffices.  Although in the Raleigh-Durham region of North Carolina, they have a variant of this model that is more collaborative and a little less integrated compared to the German model (also used in Switzerland and Vienna, Austria).

-- Metropolitan Mass Transit Planning: Towards a Hierarchical and Conceptual Framework, 2006/2010

This means that instead of planning and operations being satisficed because of budget, budget is appropriated based on meeting the requirements of the network plan.

In the DC area, this isn't how it's done.  The state line boundaries impose big barriers, e.g., Maryland hates to pay for integrated services along corridors linking DC and Maryland.  In Virginia, the various entities do their own things.  With Bus Rapid Transit, there are three different initiatives (WMATA, Fairfax, Montgomery) plus WMATA's Rapid Bus program (MetroExtra).  Etc. 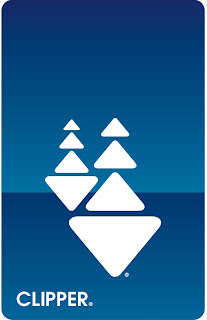 and integrating payment for various modes in one fare media system.

Integrating payment systems across for profit and nonprofit modes.  I've argued that this is a lot more complicated than "smart mobility" types make out.  Yes there is a need for there to be "one" fare media system in a state or multi-state region, rather than a different one for each provider.

But integrating so called "smart mobility services" is more difficult, especially when they are for profit firms and operating across multiple markets.

For individual providers of non-transit services that operate across multiple markets, like Zipcar, Car2Go, Uber, Lyft, Jump, Getaround, LimeBike, Skip, etc., the cost of maintaining integrated applications for each individual market is greater than the benefit.

Plus, I wonder how much having all the potential services be integrated matters at the end of the day?  How many people use multiple modes each day versus primary modes, so that one or two fare media payment systems--a transit fare card that works across all modes ideally (rail, subway, light rail, streetcar, bus, ferry, water taxi) + car sharing app or bike sharing app or e-scooter app, etc. even if un-integrated suffice just fine.

Cross-mode integrated fare media card: Montreal.  Note that Montreal has done some of this with the area's initial local nonprofit car sharing provider operating exclusively in its area, plus with the bike share program.

But it's not like STM added the for profit Car2Go car sharing program to their fare card system.  Still, they might be the only transit agency around that has integrated car share and bike share into their fare media system.  (LA MTA sort of does it with bike share, but not really.)

Provincial-wide/state-wide fare media systems.  In Ontario, the Presto fare media system developed by the Province of Ontario for Greater Toronto via Metrolinx is now deployed in all but one of the province's transit agencies.  So instead of each agency paying to develop a system on its own, there is one overarching provider.

Two metropolitan areas, one fare card system: DC and Baltimore.  In the US, I only know of one place that does something similar across different regions.  Surprising, it is DC and Baltimore, which use the same system, likely because the operator of transit in Baltimore, the Maryland Mass Transit Administration, is also a funder of the the Washington Metropolitan Area Transit Authority (WMATA), so they ported the SmarTrip system to Baltimore.  A CharmCard in Baltimore is basically just a branded version of the DC SmarTrip card and either works on the other.

Note that PATH uses the NYC Transit fare card system, but this is not the same kind of cross-agency fare card program.

Shouldn't more states take this on?  E.g., in California, it would have been great for the State Department of Transportation to bring the large regional systems--Greater San Francisco, Los Angeles and Greater Los Angeles, San Diego, etc.--to develop one basic system comparable to what Metrolinx did in Ontario.

In the DC-Maryland-Virginia area, the Virginia State Department of Rail and Public Transportation should have "required" other transit agencies elsewhere in the state like Richmond or Hampton Roads to use the SmarTrip system, like in Baltimore with MTA.

This would leverage the investment in the system and make it more worthwhile for independent mode providers to link into the system.

Clipper failings are merely symptoms of bigger failures: the lack of a commitment to an integrated fare system, which in turn derives from not adopting the German transport association model.  The Curbed articles miss the point that the real fault isn't about the Clipper fare media system so much as it is that even though the regional transportation planner, the Metropolitan Transportation Commission, is one of the better MPOs in the United States, the various transit agencies don't inter-operate at the scale and depth of integration comparable to a German transport association.  (Even if Clipper works on more modes than any other transit card in the US--two different railroads, BART heavy rail, MUNI's bus, light rail, streetcar, and cable cars, and ferry services.)

Note that in Germany, the model presupposes a preference for optimizing mass mobility and making it less expensive to use (it still isn't cheap), which means providing state subsidies.  One of the reasons that transit agencies are less likely to want to do this in the US is because funding systems are in large part jurisdictionally based.

It wasn't easy to do--after Hamburg figured out and committed to creating a common fare zone and payment system it still took five years to implement the first version. 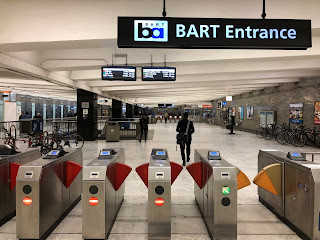 Legacy systems are expensive to upgrade.  The articles also miss the point about the problem of legacy systems and the cost of upgrades, and getting all the various entities (including credit/debit card networks) to participate.

The problem with adopting Apple Pay and other smartphone-enabled payment applications isn't integrating it into a fare card system, it's integrating it into the current fare gate system, likely requiring an upgrade costing many hundreds of millions of dollars.

Although in London, it was done for less than $70 million, although the readers were developed by the fare media system operator, Cubic, the company with the contract in SF.

Adopting a focus on the quality of the user experience.  The Curbed series makes one particularly excellent point about how transit agencies are falling behind compared to private sector mobility providers like Uber, Lyft, and Chariot in terms of devoting resources to "User Experience."

The sections on:
from the entry "World Usability Day," discuss this point in greater depth.

People will use the services that are easier and more comfortable to use.  That doesn't necessarily mean that the cheapest service is the preferred service.

Public agencies will need devote more resources to "product design" and the user experience in order to remain competitive in the more complex and convoluted environment of "Mobility as a Service."

Interesting. It doesn't work with fare gates though. It's been years since I've ridden the Baltimore Subway, probably you show this and go through the non-faregate entrypoint.

And on light rail they don't have faregates, but occasionally inspectors where you have to show proof of payment.

Similarly, conductors check you on MARC and you'd show it.

I forgot to acknowledge that the Curbed stories called out a report by SPUR, the SF Planning and Urban Research group, on this topic.

It calls for more steps for fare integration across agencies but not for a German style compact.

One thing at least in the DC-area with bus service is that when you use SmarTrip, and switch on bus only, from one agency to another, you don't have to pay another fare.

They don't do that apparently in Greater SF.

A couple months ago I learned that the Charlie card system "in Boston" is also used by outlying transit agencies elsewhere in the State of Massachusetts.