Virtually every state has instances each year where people, either the perpetrator or bystanders, are killed in a high speed chase of a criminal suspect by police. 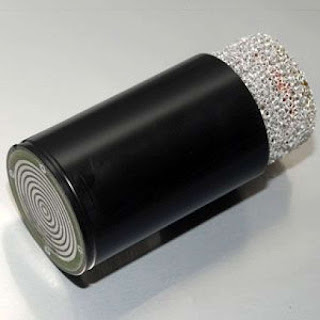 According to the San Francisco Chronicle ("High-speed police chases often kill innocents. Here's how San Pablo PD is making them safer.") the police department in San Pablo, California has implemented technology, where with an air cannon they can shoot a GPS device and place it on the suspect vehicle, allowing it to be tracked without having to be chased.


Over the last year and a half, the San Pablo Police Department has installed the StarChase vehicle-tagging GPS system in 10 of its 20 vehicles.

"It's a risk-reducing tool for our agency," said San Pablo Police Lt. Mike Gancasz. "It helps reduce the number of high-speed pursuits that are inherently dangerous to officers, passengers in the car, citizens, pedestrians, bystanders."

A 2015 USA Today analysis found that more than 5,000 bystanders and passengers were killed and tens of thousands injured in police chases between 1979 and 2013. Most bystanders were killed in their own cars by a fleeing driver.

The backbone of the StarChase technology is an air cannon similar to the one that Lou Seal uses to shoot t-shirts into the crowd at Giants games. But instead of launching cotton tees, the car-mounted gun fires a glue-capped GPS capsule about the size of a mini-Coke can.