In academia, there are (at least) two competing theories of local politics.

From sociology comes the "Growth Machine," which makes the point that despite seeming intra-elite competition, local political and economic elites are for the most part united on a pro-growth agenda focused on intensification of real estate, since local governments are dependent on property taxes (and sales taxes) for the bulk of their revenues.

Political scientists offer the theory of the "Urban Regime," which came to the fore in 1989, with the publication of Regime politics: Governing Atlanta, 1946-1988 by Clarence Stone (for a long time he was a professor at the University of Maryland). A good synthesis of the work is in the paper "The Evolution of Urban Regime Theory: The Challenge of Conceptualization by Mossberger and Stoker (2001).

I don't think these theories are competing so much as different sides of the same coin. "Growth Machine" theory is best for explaining the motivation and focus of "the land-based elite," and "Urban Regime" theory explains in detail how the land-based elite operates and functions.

In the paper, "Now What? The continuing evolution of Urban Regime analysis," Stone writes:

An urban regime can be preliminarily defined as the informal arrangements through which a locality is governed (Stone 1989). Because governance is about sustained efforts, it is important to think in agenda terms rather than about stand-alone issues. By agenda I mean the set of challenges which policy makers accord priority. A concern with agendas takes us away from focusing on short-term controversies and instead directs attention to continuing efforts and the level of weight they carry in the political life of a community. Rather than treating issues as if they are disconnected, a governance perspective calls for considering how any given issue fits into a flow of decisions and actions. This approach enlarges the scope of what is being analyzed, looking at the forest not a particular tree here or there. [emphasis added, in this paragraph and below] ...

By looking closely at the policy role of business leaders and how their position in the civic structure of a community enabled that role, he identified connections between Atlanta's governing coalition and the resources it brought to bear, and on to the scheme of cooperation that made this informal system work. In his own way, Hunter had identified the key elements in an urban regime – governing coalition, agenda, resources, and mode of cooperation. These elements could be brought into the next debate about analyzing local politics, a debate about structural determinism.

Urban Fortunes is particularly insightful on various elements of the land use intensification agenda, from Downtown revitalization to sports stadiums and arenas, conference centers, and in particular, the role of local media--fully dependent of the success of the local region for its own success, being dependent on advertising revenues generated primarily from sales to local businesses--in cementing this agenda. 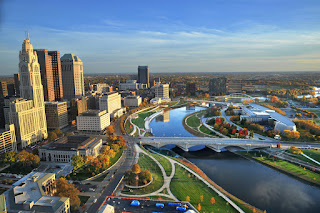 The Growth Machine in Columbus, Ohio.  When looking up something about Columbus, I came across a bunch of writings about the "Columbus Way," which is touted even in a Harvard Business School case study as a unique form of public-private partnership across a community.

Columbus isn't unique. Public-private interaction and transactional politics are key to economic development in every city and county in the United States. 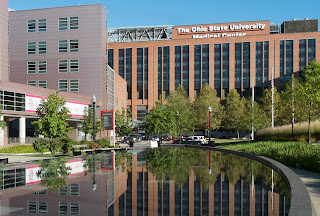 Retail magnate Leslie Wexner (Victoria's Secret, etc.) has made large donations to Ohio State University's Medical Center, which has been named in his honor.

Columbus is merely one more example of Growth Machine and Urban Regime theories.

And what articles have touted as the unique element of CEO Leslie Wexner broadening participation in the coalition could merely be thought of as a maturation and expansion of the local growth coalition in the face of changes in business conditions and the place of Columbus in the state economy.

The local coalition of public and private interests exists pretty much everywhere.  It's not any different from what happens in: 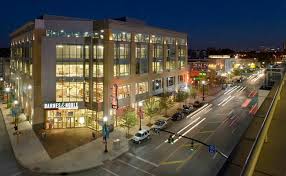 OSU's commitment to redevelopment of the adjacent High Street district, now called Campus Partners, is an early example of university real estate development focused on enhancing an area outside of a college campus.

Learning from Columbus (and everywhere else).  That doesn't mean that the Columbus case isn't worth writing about or analyzing, and learning from specifics to add to our understanding of the phenomenon.

For example, a key advantage a city like Columbus Ohio has is the remaining presence of corporate firms and long standing foundations that still have the money to spend on social and economic ventures, whereas in many other cities, over time, that grouping has diminished as corporations consolidate, go out of business, or relocate.

Or, a downside that DC has is a relative lack of locally-based wealth because the industry here is government.  And that these days, the wealthy would rather do their own thing ("Writing Off the Warhol Next Door" and "Glenstone, a Private Art Xanadu, Invests $200 Million in a Public Vision," New York Times), buy sports teams, or fund projects at national institutions ("David Rubenstein," Chronicle of Philanthropy) rather than create and fund local initiatives.

Or how in Baltimore, even as the local business community gets hollowed out, long time foundations like Abell (created by the family that owned the Baltimore Sun), Casey, or Weinberg (real estate) still fund local projects in significant ways.