Will US Bureau of Engraving and Printing relocate to Greenbelt? 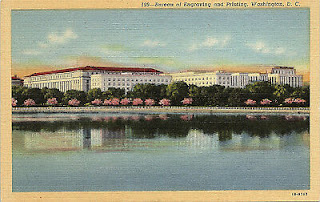 BEP is one of the last significant "manufacturers" located in DC, as it is the primary facility for printing US paper currency (although a second plant was opened in 1990 in Fort Worth, Texas) and other secure documents.  At one time, it also printed postage stamps.

It's also a major tourist attraction.  Apparently, #2 after the Air and Space Museum.  (And the cancellation of the FBI Building Tour, which used to be equally popular -- and one I went on in the 1970s!)

The Greenbelt News-Review reports ("Bureau of Engraving/Printing Hopes to Relocate to BARC") that BEP is looking to relocate to a section of the Beltsville Agricultural Research Station, off Route 1 just north of the Capital Beltway. 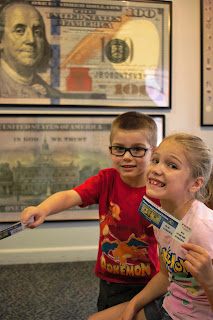 According to this GAO report, BUREAU OF ENGRAVING AND PRINTING: Options for and Costs of a Future Currency Production Facility, plans to move have been underway for awhile.