Baseball World Series in DC as an opportunity for urban planning reflections: #1 | revisiting blog entries from 2005/2006 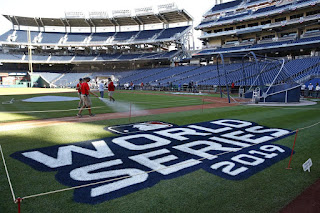 As the Washington Nationals prepare to host the first World Series game in the city since 1933, the Washington Post article, "Long before the World Series, this ragtag group of D.C. property owners was evicted to make way for baseball," about the businesses displaced in favor of the Washington Nationals stadium makes me realize this is a good opportunity to reflect back on past writings, especially at the outset of the blog in 2005, including pieces suggesting that DC didn't have to roll over for Major League Baseball and give them everything they wanted with little in return, because DC had things to offer too--a thriving economy and one of the nation's largest markets.

The JDLand blog, focusing on changes in the section of Southeast on the northside of the Anacostia River, between South Capitol Street on the west and 11th Street SE on the east and south of I-695, the Southeast-Southwest Freeway,  was an early DC blog and helped motivate and shape the development of this blog.

She has a pretty understated entry on the Series, "The Neighborhood's Latest Milestone: A World Series." 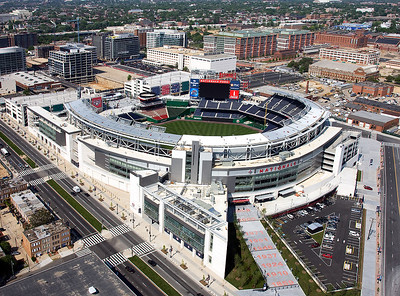 Last summer, the Washington Post ran a long piece, "Ballpark Boomtown," about the economic development impacts of the stadium, going through a long list of development projects that have been created or planned since the announcement of the ballpark and its subsequent opening. 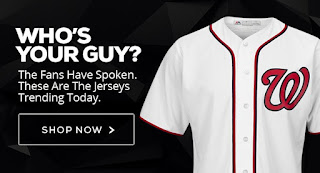 It's almost impossible for anti-stadium funding advocates to succeed against the marketing machine of professional sports teams and leagues.

Stadiums get built, so reflexive opposition might be a waste of time.  At the same time, some of my reflexive opposition to public financing of a stadium then is mediated now in terms of the reality that in most situations, professional sports leagues and teams will get what they want--unless states have laws requiring approval by the citizens in referendums (the case in California, which is why the SoFi stadium there is being built with private money).

Since they'll get public financing, advocates need to have a fallback position, and that fallback position is how to get the most in community benefits and other considerations in return.  That's the focus of the second piece in this series, while the third is on a couple lessons learned.

That line of reasoning, expressed in these entries:

obviously builds upon these early writings about the creation of the Washington Nationals baseball team and stadium in Washington, DC.

Congress sweats the small stuff: cares about the cable television contract for the Nationals, but not how professional sports teams have a negotiating advantage vis a vis localities
-- "Screw investigating steroids, Congress needs to look at how cities screw themselves over sports stadia" (2005)
-- "Baseball, hotdogs, Congress, and misplaced priorities" (2006) 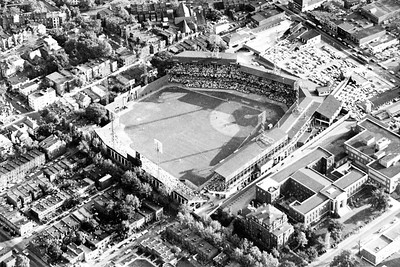 Griffith Stadium, home to the American League baseball team in Washington, was embedded in the Le Droit Park/U Street neighborhoods.

Modern or "throwback" design for a baseball stadium
-- "Baseball, Hot Dogs, Apple Pie, and Business as Usual" (2005)
This piece argued in favor of an "old style" baseball park, like Camden Yards in Baltimore, or originals like Wrigley Field in Chicago and Fenway Park in Boston.  It quoted from the work of Notre Dame architecture professor Philip Bess.

1. Think always of ballpark design in the context of urban design;
2. Think always in terms of neighborhood rather than zone or district;
3. Let site more than program drive the ballpark design---not exclusively, but more…;
4. Treat the ballpark as a civic building;
5. Make cars adapt to the culture and physical form of the neighborhood instead of the neighborhood adapting to the cars;
6. Maximize the use of pre-existing on- and off-street parking, and distribute rather than concentrate any new required parking;
7. Create development opportunities for a variety of activities in the vicinity of the ballpark, including housing and shopping;
8. Locate non-ballpark specific program functions in buildings located adjacent to rather than within the ballpark itself.

Mixed use development around stadiums and arenas
These days, marketing and promotion for "both halves" of the area--the Navy Yard to the east and the area more immediately around the  is led by the Capitol Riverfront Business Improvement District.

-- "Baseball, Hot Dogs, Apple Pie, and Mixed Primary Uses," 2005
Advocates for mixed use development around the Ballpark, and that is what has happened/is happening via the adjacent Navy Yard development and the separate developments on the side of it, closest to the Stadium.

-- "Denver's Delightful LoDo District-- A Lesson for Stadium District Development" (2006)
Makes the point that all the cheerleaders for the stadium were arguing that it would be the primary driver of change.  Many used the example of Denver's LoDo district, which is anchored by sports stadiums.  But the reality is that LoDo had been revitalizing for decades and had long reached critical mass before the addition of the stadiums.  The entry cites a travel article on visiting Denver--in February, when the stadiums are mothballed.

-- "Unforced Error: DC Officials Bobble the Ball When it Comes to Transit, Urban Design and the New Stadium" (2005)
Argues that there could have been a better location for the stadium that would have spurred more ancillary development.  I'd say "I was wrong" in that the "Capitol Riverfront" area is redeveloping "fine."

But the idea of building behind L'Enfant Plaza would have helped that area a lot, could have spurred decking of large sections of the Southeast-Southwest Freeway and likely the Navy Yard would have still developed.

Also, being located there, it would have been on five of the city's six subway lines (Yellow/Green/Blue/Orange/Silver) as opposed to being located on only one line.

"Batter up, "M Street Live." Is inauthenticity on the horizon for the Anacostia SE Waterfront?
" (2005)
Expresses concern about inauthentic entertainment districts like the "Live" districts created by the Cornish Companies in cities like Louisville and Kansas City. 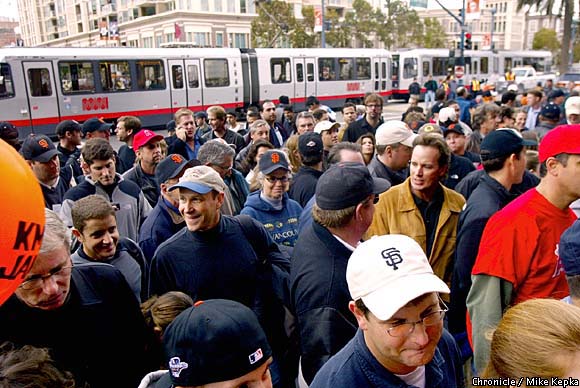 This piece argues for good transit connections. But I didn't discuss transportation demand management.  Later it turned out that the Nationals refuse to pay the subway system to stay open late when games go past the system's normal operating hours.

The negative about the location of the Washington Nationals Stadium is that it is served by only one transit line, the Green Line, therefore requiring transfers to other lines.

By contrast, DC's arena for basketball and hockey, now called Capital One Arena, is immediately on top of the Red, Green, and Yellow Lines, and is a couple block walk to a direct connection to the Blue, Orange, and Silver Lines.

(Although too many people transfer to the B/O/S Lines via the Red Line for a 4 block ride, rather than walk.) 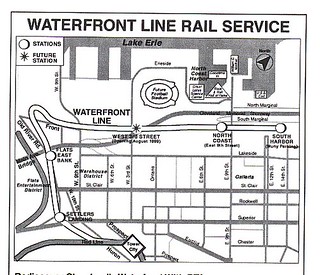 -- "Streetcar shortline proposal to support the Baseball Stadium" (2005)
Using the Waterfront Line in Cleveland as an example, this piece suggests a streetcar line could be built from the Stadium connecting to the Capitol South station, offering a connection to the Blue, Orange, and Silver Lines and on to Union Station, providing a direct connection not only to the Red Line, but to the passenger rail network.

Ask for stuff, don't just give in to demands
-- "Maybe DC can learn that it has something that developers want" and "When you don't believe you're really 'world class,' you make bad deals," (2005)

-- "Get it in the contract or you have no leverage" (2006)
Why didn't the DC Government (1) write a contract with Major League Baseball that didn't have almost impossible construction deadlines; (2) mixed-use provisions; and (3) requirements for underground, not aboveground, parking?

Interesting article in the Guardian about Manchester United and its historic stadium, Old Trafford, and how the status and nostalgia about its history makes it difficult to modernize.

===
“We are definitely in a sea change if you talk about generations of stadiums,” says Christopher Lee, project director for Populous, which designed Tottenham Hotspur Stadium. “Probably the biggest shift, and Tottenham’s a great example of that, is this idea that these buildings are more civic than they were in the past. Clubs have such importance in our local communities – a sort of cultural relevance.”
===