In 2006, a planning/artist collective in San Francisco called Rebar Group created what they called "Parking Day," to demonstrate the high cost to placemaking from dedicating so much public space to the automobile, for car storage ("Drop a coin in the meter and enjoy the park," John King, San Francisco Chronicle, 2006). 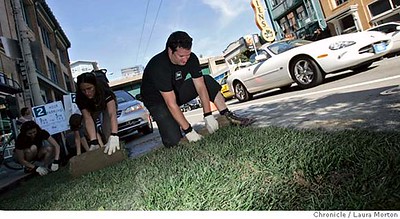 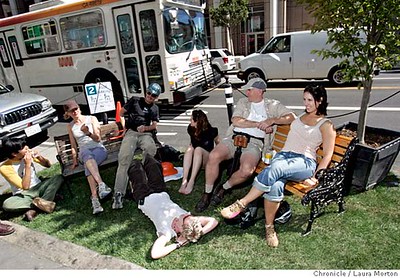 This event has become a world-wide phenomenon, existing and expanding beyond that of Re:bar which disbanded a few years ago.

-- "Not just a place to park your car: PARK(ing) as Spatial Argument," Argumentation and Advocacy, 2014
--  "How Park(ing) Day Went Global," CityLab

The American Society of Landscape Architects stepped in to keep the momentum of Parking Day going after Rebar's dissolution, although it's not clear that it's at the top of their agenda, as their Parking Day webpage is out of date. But still presents some good resources.

Parking Day is important in how it sparked a greater recognition of the importance of public space utilization and placemaking, not just for advocates but for planning and transportation departments, elected officials, trade professionals (architects and landscape architects), parks departments and other stakeholders.

Despite the pandemic, even this year it will occur on Friday September 18th, the Third Friday in September.

Although separately the pandemic has sparked a number of independent initiatives by local governments aimed at increasing space dedicated to walking and biking:

While Parking Day is an ephemeral event and too often local groups fail to leverage the event as a way to spark deeper structural changes ("Walk to School Day and Park(ing) Day as missed opportunities for community organizing," 2013), in many communities it has led to the creation of more permanent "livable streets" initiatives including in-street permanent "parklet" ventures. 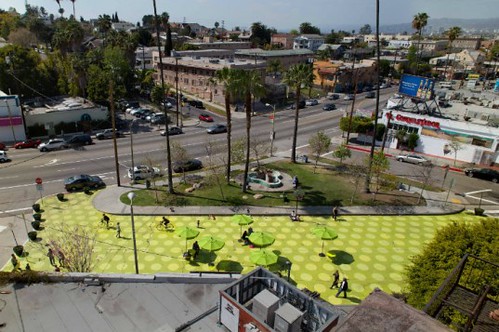 It also helped to spawn the "tactical urbanism" movement, although there are antecedents, such as the City Repair organization in Portland and the various activities of Seattle's Department of Neighorhoods.

Note, that's "tactical urbanism" not "temporary urbanism" ("Building the arts and culture ecosystem in DC: Part One, sustained efforts vs. one-off or short term initiatives," 2015).  My criticism of temporary urbanism is ephemeral and doesn't build to greater achievements.  By contrast, tactical urbanism is about building a process that will lead to long term improvements. 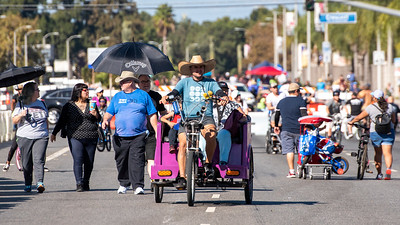 Pedibikes, pedestrians and bikers move up and down Beach Boulevard during the Meet On Beach event in Buena Park on Sunday, November 17, 2019. (Photo by Leonard Ortiz, Orange County Register/SCNG).

The approach in LA County is county-wide, with events quarterly, throughout the county. 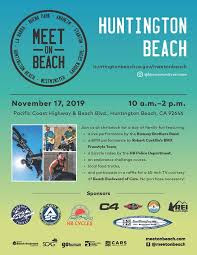 4.  Create a "city-wide" pedestrianized way that can be successful ("Why doesn't every big city in North America have its own Las Ramblas?").

For example, I've suggested that the one block Ellsworth Avenue in Montgomery County's Downtown Silver Spring could be significantly extended in both directions, but most significantly, to the Metrorail Station ("items 19-21 in this entry").

5.  Pedestrian more spaces where it can be successful ("Diversity Plaza, Queens, a pedestrian exclusive block").

Salt Lake City Downtown is doing the Park City thing, closing a block or more of streets in the Downtown core, on Thursday, Friday, and Saturday nights, through October 10th.

This week they're doing the 300 block of Main Street.

The feasible vehicle can set aside your cash, improve your wellbeing, and decrease your natural impression. Stroll for short excursions. Strolling lessens muscle to fat ratio, lower circulatory strain, and is free. Wester engraving

All that Everything Me was made for the sharp lady. A lady that have Class, Grace, and Unique vibes. diva boutique online Here at Everything Me we will likely motivate you to be Fearlessly YOU.

As an ever increasing number of vehicles pressed city roads around the country during the 1920s, drivers encountered a lack of accessible road leaving.