Idaho Stop sort of under consideration in Virginia

The Idaho Stop is a pro-bike vehicular policy that is followed by many bicyclists, but is only legal in the State of Idaho. It allows bicyclists to treat stop signs as yields and traffic signals as stop signs--provided there is no oncoming traffic or significant breaks in traffic. 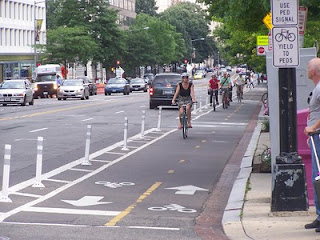 In a system that privileges automobility, it's very difficult to move legislation forward that prioritizes other forms of mobility.  I wrote this in 2011:

The biggest problem overall is that most of the legislators are asking the wrong question(s) about bicycle and pedestrian safety, because they are mostly responding in reaction to complaints by drivers, rather than considering (1) the overall question of safety of all users of the street and sidewalk network, (2) how the system of laws, policies, regulations, and rules is structured to manage movement of the different classes of users, (3) whether or not the system is working, (4) what are best practices elsewhere, (5) and what could and should be done here, (6) in the context of the fact that the center city mobility system and spatial pattern was designed to optimize walking, transit, and bicycling, not the movement of automobiles. 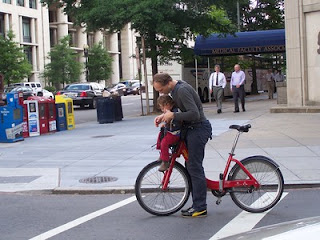 One of my points about the Idaho Stop is that cities like Washington, if they really believe they mean it when they say that they favor sustainable mobility, ought to step forward and legalize it ("Failure to pass the Idaho Stop as an indicator of lack of commitment to DC's Sustainability Plan by DC's elected officials (Updated)," 2016).

The Post reports that Virginia is sort of considering Idaho Stop, punting it to a study ("Virginia considering letting bicyclists roll through stop signs, no stop required").

Utah.  I had thought that Utah had legalized the Idaho Stop already, but hasn't--now I know why that police officer admonished me months ago when I ran a red light, but on a Sunday, on a street with zero automobile traffic otherwise.  Actually, Utah's law allows a bicyclist to proceed through a red light after 90 seconds.  Pretty useless for any type of cyclist let alone a transportational cyclist. 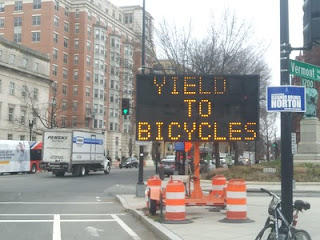 This article, "Idaho Stop? Here's why cyclists in Utah may soon be able to roll through stop signs, legally," from the (St. George Utah) Spectrum says that once again, it's being considered in Utah, and does a nice job explaining the Idaho Stop, the other jurisdictions in the US + Paris since 2015 ("Paris follows the path of Idaho, and lets bicycles run red lights," Public Radio International) that already have it, references some research -- why does Virginia have to reinvent the wheel -- etc.  From the article:

Variants of the "Idaho Stop" have recently been incorporated into law in Delaware (2017), Colorado (2018), Arkansas (2019), Oregon (2020) and Washington (2020). Similar bills will be up for consideration in 2021 in New York and California. The city of Paris, France has allowed cyclists to turn right on red without stopping or to roll through an intersection with no street to the right since 2012.

In many of these places, studies have found that the change reduced cyclist-motorist collisions and had no measurable negative effects. One such study, completed in 2020 out of the Berkeley Public School of Health, determined that cyclist injuries decreased 14.5% in Idaho in the year after the "Idaho Stop" practice was legalized. A comparison of data from the Delaware State Police over a 60-month period found that reported injury crashes involving bicycles at stop-sign controlled intersections were 23% lower in the 30-months after the "Bicycle Friendly Delaware Act" was signed into law compared to the previous 30-months. This analysis also revealed an increase in the number of fatal crashes involving cyclists after the law was enacted, but the fatality numbers in both time periods were low, so the comparison might have little statistical meaning.

Chicago.  While there isn't much of an initiative to legalize the Idaho Stop in Chicago, it happens that the Chaddick Institute for Metropolitan Development at DePaul produced a report analyzing opportunities for improving bicycling policy to get more more people cycling for transportation.  (The Institute does a lot of great work on areas of transportation policy that are otherwise ignored, such as intercity bus and car sharing.)

They recommended that as part of the set of policy changes, Chicago legalize the Idaho Stop. 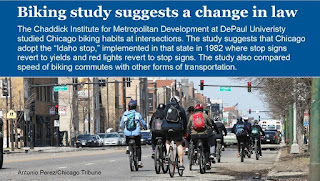 The Chicago Tribune editorialized against it, "Slam the brakes on 'Idaho stop': Chicago's 6 cycling deaths in 2016 are 6 too many," saying it would increase bicycle-related deaths.

I like what the Chaddick Institute did.  It's the kind of stuff I try to do within the limitations of what I can do as an individual.  But my Vision Zero agenda is an example.

It also illustrates why I am right to be disappointed in the research support by DC DOT, and the related research initiative at Howard University.  It doesn't seem to accomplish very much.