Quote of the week about Andrew Cuomo | Arwa Mahdawi, The Guardian

Arwa Mahdawi is a columnist focusing on "women's issues" for The Guardian.  Her Saturday column is titled "This week in patriarchy."  She's definitely hardcore and well worth reading. 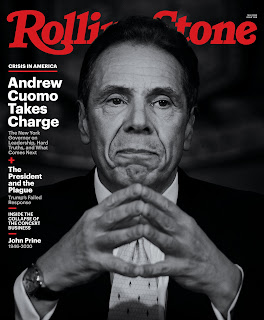 This week's column discusses Andrew Cuomo and how his failures in addressing the pandemic had been ignored in favor of his great television presentations in March and April, when by contrast President Trump was so bad.

Governor Cuomo is in the news because it turns out the state deliberately mis-stated downwards the number of covid-related nursing home deaths ("New Allegations of Cover-Up by Cuomo Over Nursing Home Virus Toll," New York Times).  Mahdawi isn't surprised given Cuomo's authoritarian tendencies and tendency to act in ways that are personality-driven.

FWIW, Cuomo acts similarly on other issues, such as transit wrt the Metropolitan Transit Authority ("How a Clash of Egos Became Bigger Than Fixing the Subway," NYT) where he treated Andy Byford the then chair of the NYC Subway system the same way he treats Mayor De Blasio*, and to some extent with infrastructure like the replacement for the Tappan Zee Bridge, which could have accommodated rail transit but doesn't.)

The quote from Arwa Mahdawi:

The undeserved hype around Cuomo reflects the dangerous way in which style has triumphed over substance in politics. It also reflects the way in which, when it comes to leadership, we reward charisma and confidence over competence.

Increasingly, I am losing my sense of hope that it is possible for government to be "wildly successful."

When expertise is discounted and short term political goals are prioritized, "doing the wrong thing" is much more likely to become the routine outcome rather than "doing the right thing." 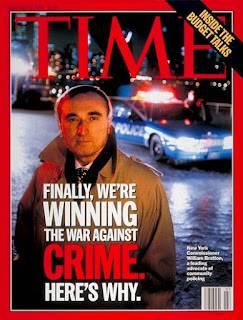 *  Interestingly, Andrew Cuomo to Andy Byford and Mayor De Blasio is the same as Mayor Giuliani to William Bratton, the police commissioner.

Bratton was the successful implementer of "broken windows" policing, which led to significant drops in the city's crime rate.

But Giuliani resented that Bratton got publicity independently of him, that the mayor wasn't credited for the success ("Bratton, bidding adieu, says he regrets falling out with Giuliani," Crain's New York Business).