Advocates in Boston ("More trains mean equity for Fairmount Line," Boston Globe), New York City ("Relief for New York City’s Transit Deserts? Commuter Trains Might Help," New York Times), and Chicago ("Instead of extending the Red Line, some see promise in the Metra Electric," Chicago Reporter) have argued for an integrated transit system linking railroad passenger services with heavy rail, because there are many train stations within those cities in areas where subway service isn't prevalent.  They argue for allowing train to subway transfer and making city train fares comparable to subway fares.

The model is how train and subway service works in London, between the London Overground and the Underground ("One big idea: Getting MARC and Metrorail to integrate fares, stations, and marketing systems, using London Overground as an example," 2015), Paris, and the integrated transit systems in German systems where the S-Bahn -- "suburban commuter rail" -- is tied tightly to other transit services, including an integrated fare system, and pricing that is comparable to regular transit fares, not the more typically higher priced railroad train fares.

(In the DC-Baltimore region, there are opportunities to add in-city railroad stations in Baltimore and DC.  See "A "Transformational Projects Action Plan" for a statewide passenger railroad program in Maryland."  In Baltimore it could make a real difference, while in Washington the effect wouldn't be as significant, but could add stations in the New York Avenue corridor which lacks Metrorail service.)

Cook County takes a leap forward.  With the lead of Cook County Board President Toni Preckwinkle, they will be trying this out with Metra, the commuter rail system, in South Chicago, lowering the fares and increasing the frequency of train service ("Cook County Board President Toni Preckwinkle’s South Cook Fair Transit pilot to slash certain Metra fares gets final green light without CTA participation," Chicago Tribune).  Although for loss of revenue reasons, the City of Chicago, which runs the heavy rail system, the CTA, isn't participating, which reduces the efficacy of the program. 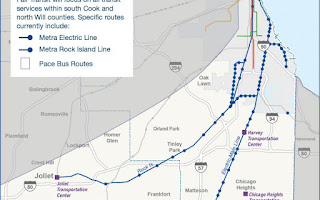 Starting in January, the three-year program will slash fares on Metra Electric, which runs through Chicago’s South Side and south suburbs, and Rock Island Line, which serves areas of the Southwest Side and southwest suburbs, by 50%. It also boosts the hours and frequency of the Pace 352-Halsted bus route that runs from the CTA 95th/Dan Ryan station to the Pace Chicago Heights Terminal.

Preckwinkle unveiled the idea last year to bring “equity investments” to those areas that lack public transportation access compared with the rest of the county despite households there spending a disproportionate amount of income on transportation. The goal is to boost ridership on southern Cook public transportation by offering more affordable fares and service improvements for the thousands who rely on Metra and Pace in the region. The county is funding the program with about $35 million, some of which will offset the fare reductions.

Originally, the plan was to also bring CTA on board for coordination purposes such as Ventra cards eventually being used for free transfers with Metra ("With Cook County’s help, South Siders could see lower fares on Metra," CT), and the county offered to subsidize revenue losses that would happen. But Chicago Mayor Lori Lightfoot balked at the initiative, saying last fall that it would have a “dramatic effect” on CTA revenue ("Citing ‘dramatic effect’ on CTA ridership, Mayor Lori Lightfoot opposes reduced Metra fares backed by County Board President Toni Preckwinkle," CT). 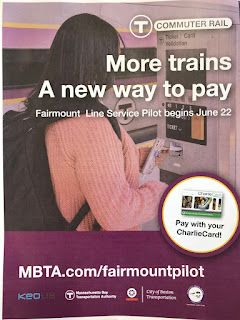 Boston Fairmount Line.  It happens that Boston is doing something similar, but not as ambitious, adding service to the Fairmount Line which is entirely within the city.  Trips on this train line have been included within the daily, weekly, and monthly passes, priced at the same fare as a subway or bus ride.
-- Fairmount Line Weekday Service Pilot
What they are doing is increasing frequency on the line, making it more useful as an in-city transit service, and adding the ability to pay with the stored value CharlieCard, transit farecard.  For people without a pass, using the CharlieCard provides free transfers to other modes in certain cases, or a reduced total fare.
Making metropolitan transit more integrated as an element of federal infrastructure initiatives.  In discussion about a Biden infrastructure initiative and urban transit, besides talk about funding transit in the face of pandemic-induced deficits, high speed rail ("Latest high-speed rail plan would put tunnel under Long Island Sound," Hartford Courant), necessary improvements like the Gateway Tunnels for Penn Station, etc., there should also be some basic discussion on how to reconfigure transit and rail passenger service more generally at the metropolitan and regional scale.

According to a brochure published by the MVV, the transport association serving Greater Munich in the German State of Bavaria, the association:

carries out key tasks which include creating a joint tariffs and fares structure, distributing revenues, planning, controlling tenders and contracts with regard to regional bus transportation, system marketing as well as market research, providing customer information across various transport companies, in particular web-based timetable information across the association, conceptual transport planning as well as traffic and transportation research. In addition, the transport association passes on its expertise to third parties on a consultant basis.

Some guidance is offered in "Branding's not all you need for transit," which suggests three elements for better transit: (1) creating integrated transport associations at the metropolitan/regional scale; (2) treating transit as a "design product"; and (3) branding.
While not stated directly, treating transit as a "design product" means integrating lines and services.
Basically, like what the Regional Plan Association ("Combine three commuter rail systems into one network,") and many independent advocates and stakeholders have proposed for the New York region, merging NJ Transit and Metro-North and Long Island Railroad (and PATH?), adding subway service from New York City to NJ, adding transit service to Staten Island from New Jersey, etc.
National, Multi-State, State, Regional, Metropolitan Railroad planning.  While I am to write a series of pieces about this, I haven't done so yet.
One of the basics should be to reconfigure urban transit around the German "Verkehrsverbund" or "transport association" model, where bus, subway, and rail passenger services are tightly integrated at the metropolitan scale, and including ferry and tram services if offered. (The way that transit works in London is comparable.)
So in places like New York and New Jersey, Philadelphia, Chicago, DC and Baltimore, etc., a Biden Administration infrastructure initiative should include these kinds of transformations ("A high-impact transit agenda: building alternative models of best practice," 2019). 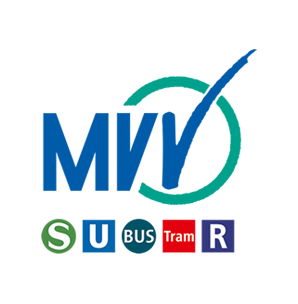 Logo for the transit system in Munich.
Speaking of branding and treating transit as a "design product." An interesting element of transit service in Germany is that they use the same symbols for types of transit across the country.  U for subway, S for commuter rail, etc.  Regardless of where you are.
Although the U and S logos are standardized, variations exist for Tram--most cities don't have them, and regional rail services, which the Munich MVV brands as R.
By contrast, in the US, you have the T in Boston, BART in Greater San Francisco, MUNI in San Francisco, the M is used in various places, in different designs in Los Angeles, Minneapolis, DC, etc.
Similarly, Transport for London has extended the use of the "roundel" brand for the London Underground, to all of its mobility services, using different colors to denote different services. 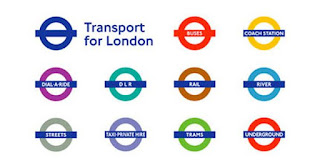 Regardless of the governance model, the public emphasis should be on the key deliverables for the public: integrated planning and fare policy. Getting political consensus on that is going to be the critical step regardless.

Good points (as always). That's why I think Raleigh Durham is interesting. They have pretty close to a VV without the actual form. Probably a bunch of MOUs. But a great level of coordination and collaboration and integrated fares.

My thing with the DC area is the failure to do true overarching planning, and the charge per mode. But they've done a good job on fare integration for bus. Not schedule coordination and many other elements, as laid out in my Purple Line pieces.