Local music used to define communities: today with radio chains and national music distribution systems, not so much

I've written about "local music" production as an element of community culture and culture planning. 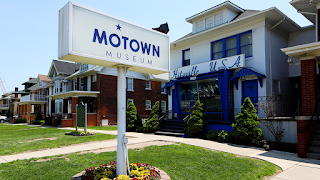 A few weeks ago, reading an obituary ("Mary Wilson Dead: Supremes Co-Founder Was 76," Variety) of Mary Wilson, who sang for the Supremes, a Motown label band from Detroit, when the label was based in Detroit, I was reminded of my childhood and how Motown R&B music was part and parcel of the radio broadcasted in Detroit.

Although ironically probably it was broadcast the most by Canadian station CKLW of Windsor, which used its location across the US border to broadcast its high-powered signal into the US Midwest, with advertising focused on the more lucrative US market ("1970s: How CKLW Radio Dominated American Music – From Canada," Journal of Radio and Audio Media, "Sounds of Motown," The Walrus).

That was back when radio stations had "flexible" playlists, radio stations were involved in promoting concerts (they still are), especially of bands from the local community.

For a long time I've argued that Motown hurt itself by moving to Los Angeles, and losing its "terroir." 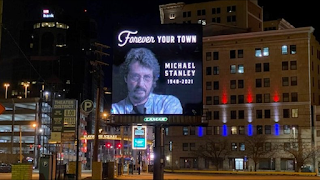 And then Cleveland-based musician Michael Stanley died ("Michael Stanley, 1949-2021: An Appreciation of Rock’s Ultimate Local Hero," Variety).  I'd never heard of him, but apparently he was the pre-eminent locally-loved rock musician in Cleveland and other parts of the Midwest, with a following that was practically immeasurable.

Do a search, there are a lot of great articles about his genuineness and place in the Cleveland music scene.  He sold out various Cleveland venues at a rate higher than more popular national acts.

Which reminded me of Bob Seger, a "Detroit-based" musician with a following like Michael Stanley's in the Detroit area, but who also had more of a national presence.

And then in my feed was a blog entry from the website Louder, about Detroit's best 10 rock bands ever, with a bunch of bands I'd not heard of, and of course, some that I know and love.  There is a great soundtrack and some videos included in the article. 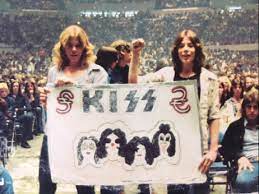 The rumor was kids from my high school, a bit older than me, are holding the banner featured on the back cover of the Kiss live album (which turns out not to be true), Glenn Frey's brother went to my high school (although I didn't really know him), and one of my friends used to babysit for Bob Seger's manager.  Certainly we liked the songs "Detroit Rock City" by Kiss and "Panic in Detroit" by Bowie.

But now that I think about it, I can't say that Iggy and the Stooges were played much on the radio.

With the way that today's music scene is controlled by national radio broadcast, concert presentation, and facilities management firms, I think it's difficult for "local" music to develop in the same way as it could in the 1960s and 1970s.

What a shock to see Michael Stanley mentioned in your newsletter/blog. Yes, he was huge here in Cleveland, holding the attendance record at every venue in the 80s and remaining a popular performer, who continued to put our great albums almost yearly — the towering rock & roll icon of our city. He was so beloved & his death has shake up so many of us. I too miss the regionalism of the 60s and 70s, where cities had their distinctive musical tastes (There were other acts, such as Southside Johnny & the Asbury Jukes, that were bigger here in Cleveland than in most places).

I plan to check out some of his music! Thanks.

Radio is not as powerful in music marketing anymore, and digital recording means home computers have largely replaced elaborate studios. Streaming music services have made music discovery global rather than regional. If live music returns to small venues after the pandemic, that may help local music, but recovery funding seems to favor larger venues, which chiefly book national and international touring musicians.

In Baltimore, WTMD has done a tremendous job of helping promote regional acts, and not just of one particular genre. I'm fairly certain that them, combined with the cheapish rates, helped to make it a hotbed of musical activity. The fact that the station has half of it's listeners online, just helps to spread knowledge of them.

It is interesting to think about how digital delivery of "radio" can expand awareness.

The trick is to figure out how to leverage that for local music scenes as well as national and international.

E.g., I used to like the tv show "Strictly Global," on Megahertz Networks (no longer broadcast over the air in the DC area, was part of a former set of nonprofit tv stations in Northern Virginia) because it introduced me to "new to me" bands, playing music I'd like, like "The Fashion" (now defunct), a band from the Netherlands.

And a story in the Guardian

clued me into the Kings Cross Conservatorium, the continuation of the original "Rock and Roll High School" in Melbourne, Australia, and I've been listening to some of that music (like "Sincerely Sonny") and that contravenes this post entirely.

----
I never wrote about this guy in Nashville, Shannon Sanders, who is amazing, we had a great interview. Among his many activities he has a gig with a local radio station and at a certain hour a couple times/week he plays local bands.

He clued me into the history of black music in Nashville, and he mentioned the presence of "Nashville" in music of all types. I thought about this with the recent opening of the National Museum of African American Music there.

Scratchy -- thanks for that example. I will check it out. I also remember learning that a Seattle station, KEXP, had its studio in the Seattle Center, and it was semi open to the public.

I guess it's still there.

This past entry has a bunch of links, including to some pieces on the Baltimore music scene. And yes, I opined that low cost access to space helped to facilitate it.

and at a recent get together, a guy who had been a DJ at KRCL in Salt Lake in the earlier 2000s discussed how the station became "professionalized." He said that the CPB told the station it needed to be more formally programmed and have higher ratings in order to justify getting public funds...

The Guardian: Why bands are disappearing: 'Young people aren’t excited by them'.
https://www.theguardian.com/music/2021/mar/18/why-bands-are-disappearing-young-people-arent-excited-by-them

Excellent comments. I would add that streaming services have made every song ever recorded essentially at our fingertips for free/a nominal fee of $10/mo (no ads), combined w/ social media which has drastically helped develop regional music awareness (as well as awareness of other regional/National genres and older music!) Exciting times

Wow, Nation/Capitol Ballroom. That takes me back.
Was the the Outside tour with NIN that you saw Bowie on?

As for exposure to other genre's, WTMD rebroadcasts the Latin Alternative show, which is produced in the latin music hotbed of .. Albany New York.

Actually both concerts were "one offs", Bowie only. One concert was devoted to obscure stuff, the other to "hits." Both were amazing.

I had my rock en espanol phase... saw Volumen Cero in the upstairs of a Mexican restaurant in Adams Morgan in 2001, after seeing them at an outdoor show in Brooklyn's Prospect Park sponsored by BRIC (Brooklyn Resource and Information Center, a great cultural organization focused on the bureau), as part of the Latin Alternative Music Conference.

Will look up the show on WTMD.

... yep, there is a lot of repetition in the feed of a streaming service, and youtube as well. Still, with youtube you have access to so much. I find both new and "old
" music from it.

There is an incredible set of songs from Iggy Pop at the Sydney Opera House. I am bummed that there isn't the full concert online from them. Their production values were superb.

A completely different take. The role, at one time, of the Canadian Broadcasting Corporation (CBC) Radio network in developing Canada's role in classical music.

Canadian society has changed considerably since Roberts’ arrival and defenders of today’s CBC would probably argue that the corporation has tried to reflect those changes. As the book points out, “so-called serious music had an advantage in Canadian cultural policy until the late 1960s at least, because no one involved in policy decisions considered popular music as a suitable vehicle for establishing or promoting Canadian cultural identity.”

That attitude has changed. With Heppner’s “Backstage” appearing only as reruns, and despite “Saturday Afternoon at the Opera” still airing (presented by Kwagiulth and Stó: lō First Nations mezzo-soprano Marion Newman — Nege'ga), much of what I hear could easily be heard on a commercial station.

======
This entry has a section how the country focused on promoting Canadian artists in popular music, through what was called the Canadian Talent Library.