Today is National Arbor Day, which is celebrated on the last Friday of April.  For a blogger, it's always a good way to write about the value of trees in the urban environment.

According to the US Forest service, cities see an average US$2.25 return each year, for every dollar invested in trees.

From a planning perspective, when it comes to trees there are two "transformational concepts" (in the line of thinking of what I call "transformational projects action plans") that should be incorporated into city and county master plans.

1.  Treating streets as linear parks.  I first heard this expressed by parks planner David Barth in a presentation at the American Planning Association national meeting in DC in 2004. 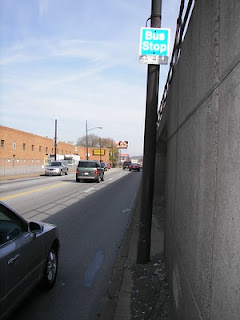 I think it's brilliant.  This concept made it into a few master plans that he worked on, but it hasn't been widespread.

The Parkway approach from the 1920s is still applicable today.

but not just for boulevard-type streets, but "ordinary" streets too.

Some cities have more radical approaches, mostly as one offs.

-- Minneapolis converted the street serving the two block Milwaukee Street Historic District to a non-car space.  Greenway advocates in the city use that as a model for promoting greenways and other approaches to pro-sustainable mobility (photo and article, Terrain). 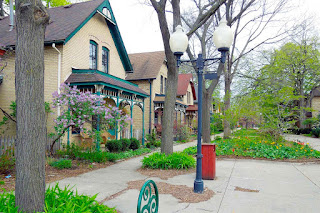 In Seattle, the street in front of the Belltown Community Center (sadly, no longer in operation) was converted to a pedestrian and community priority space (NACTO article).

If we thought of streets in these ways, in terms of how street aesthetics impact how we see and experience our communities, rather than as merely the way that we move and speed up traffic, we would treat the design of roadsides much differently.

For example, the "parking strips" fronting roads are usually too narrow to best accommodate the growth of trees. 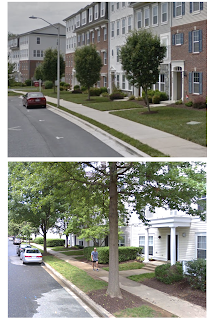 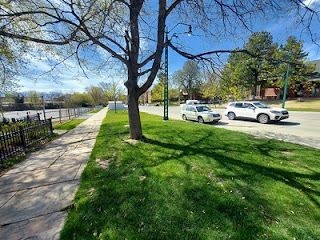 South Temple Street, Salt Lake City
One way that DC accommodates tree root growth and expansion is by the use of rubberized sidewalks. 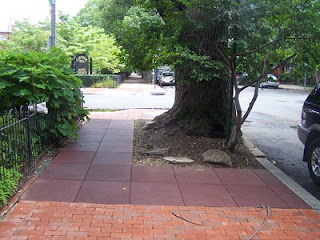 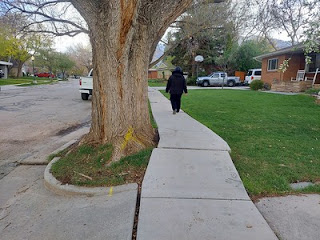 1900 block of E. Bryan Avenue, Salt Lake City
Unfortunately, too many public works departments see trees as a maintenance nuisance and prefer to cut them down.
2.  Treating a city's trees collectively as an urban arboretum.  This concept is promoted by the Morton Arboretum in Illinois through their ArbNet accreditation program.
A few small cities have adopted this approach, but it hasn't been widely adopted. Although many cities have moved tree and "urban forestry" divisions into transportation agencies, with the aim of a more integrated approach. 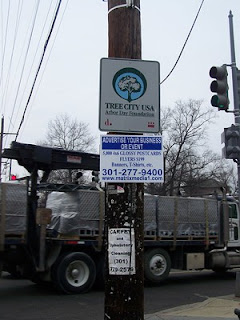 Many cities get designation as "Tree City USA" by the Arbor Day Foundation.  But the standards are somewhat minimal:

To to my way of thinking, working to get the tree canopy of the entire city as a "municipal arboretum" at the city-wide scale is much more transformational.

You'd think that the various organizations promoting tree planting efforts in their city, such as the Casey Trees initiative in DC, Trees Atlanta, or the Heartland Tree Alliance in Greater Kansas City, would want to move their communities in this direction.

Salon: In America's cities, inequality is engrained in the trees.
https://www.salon.com/2021/05/06/in-americas-cities-inequality-is-engrained-in-the-trees_partner/