-- "14 Beautiful Examples of When Historic and Modern Architecture Come Together," Architectural Digest, June 2020

Most are pretty discordant. 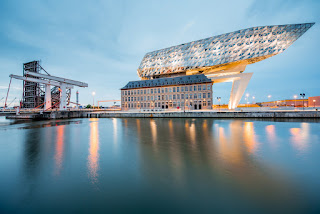 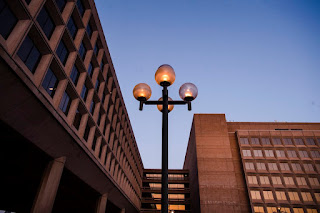 I was thinking about this in response to a recent article in the Washington Post, "Brutalist buildings aren’t unlovable. You’re looking at them wrong," about how people are looking "wrong" at brutalist architecture and that's why it's not appreciated.

It comes down to "discordance" in relationship "to the ensemble."

Using the point made by Stephen Semes in The Future of the Past: A Conservation Ethic for Architecture, Urbanism, and Historic Preservation, most of the time, new construction in historic areas should aim to preserve the "architecture of the ensemble," the gestalt of the whole.  That the coherence of the ensemble is more important than a building showing off the "architecture of its time."

In the context of DC's historic building stock, where the city is dominated by federal style and Victorian architecture in neighborhoods, and the Beaux Arts style of "City Beautiful" for federal buildings, brutalism sticks out like a sore thumb.  It doesn't fit.  It is out of place in terms of the "ensemble." 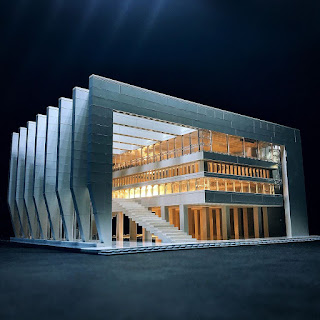 City Hall, Marl, Germany.  By Johannes VanDenBroek, 1959-1967.  The city center, on a lake (comparable to Reston, Virginia's "town center" and Lake Anna) is a complex of brutalist architecture, from the city hall, to corporate headquaters, shopping malls and office and apartment buildings.

I came to understand this in a more nuanced way a few years ago, visiting Marl, Germany and the Ruhr University campus at Bochum (RUB), where the city center of the former and the campus of the latter were built during the period where brutalist architecture was a dominant style.

There the ensemble is comprised of brutalist architecture.  It may be that there, Victorian or Beaux Arts styles would stick out.

It's not just that there is a lot of it, that it dominates its respective landscapes.  The architecture was designed with a lot of verve.  It wasn't rote or value engineered.  It was creative.  Not pictured, the RUB university library has an amazing central staircase, etc.  The buildings are delightful.  And that's me saying this, someone who has almost categorically criticized modern and brutalist buildings constructed in DC. 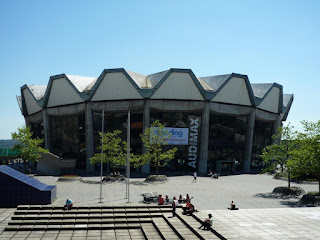 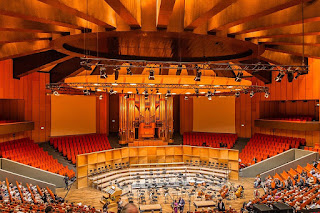 While I have only seen photos and video, the same is true of national capital cities constructed during the same period, like Canberra, Australia but especially Brasilia in Brazil.  The ensemble is brutalist and modernist, and it works.

Even if the architecture comprises an ensemble of its time, these cities have other urban design problems.  They are somewhat disconnected from the country as a whole, the scale is massive, and the buildings aren't constructed in a manner that accommodate pedestrians, etc. 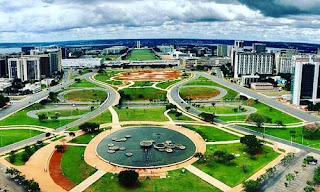 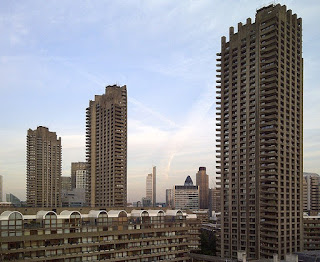 Another example is the Barbican Estate development in London.

It is a complete "work", the redevelopment of a section of the City in the 1960s, using the brutalist style.  I didn't get to spend a lot of time there.

There is no question that the Barbican Estate is an organic whole, an ensemble.  Unlike Marl and RUB, it doesn't work as well.

Those places were able to spread out, while the Barbican is hemmed in by traditional architecture and even if at its own scale it comprises the ensemble, in the broader context of "The City" or London more generally, it doesn't fit.

In those places, the ensemble is not Victorian architecture or Beaux Arts but brutalism, and at the scale of the ensemble, especially because it wasn't just value engineered, but in parts quite forward and innovative, it works quite well.  The architectural "terroir" supports brutalism.

OTOH, brutalism doesn't work so well in DC, or with one off buildings more generally, because it is out of sorts with the ensemble. 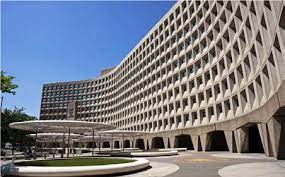 Headquarters building for the Department of Housing and Urban Development

There's a reason "we're looking at it wrong."  Subconsciously, we are comparing buildings to the architecture of the ensemble, and in the context of DC, brutalism sticks out in a negative way.  (Plus, compared to other examples, it doesn't seem to have been constructed that well.)

Another negative example is the state government center, Empire State Plaza, in Albany, New York.  It sticks out, comparable to the Barbican Estate, in the context of the city as a whole, and it doesn't build connection between the "Old City" and the government complex, nor does it promote access and walkability. 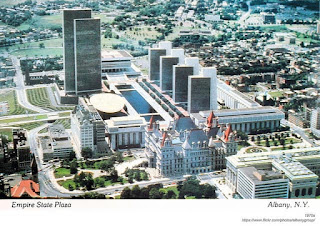 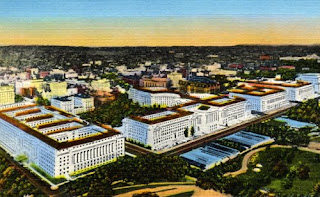 As an initiative it wasn't handled well--not that we would ever expect nuance from the Trump Administration, and of course, most of the architectural profession is all in on modern buildings, not acknowledging that too often, from the standpoint of "the ensemble" they are discordant.

They needed to explain so much better the reasoning, that it is about the architecture of the ensemble, rather than one off startling design, that may be the most important issue when it comes to designing and siting new federal buildings ("President Biden Revokes Trump's Controversial Classical Architecture Order," NPR).

It's not that we're looking at them wrong, it's that the buildings are out of sorts with their context.  And there are plenty of other examples of "lack of fit" between brutalist design and urban centers across the country.