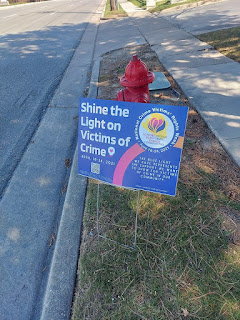 I never knew that there is a National Crime Victims' Support Week.  I happened to see flyers about it at our local post office and then this yard sign.

Like with viewing "Philly D.A." the PBS Independent Lens documentary series, there are really tough issues.

Note that DC is going through a review of public safety comparable to that of DA Larry Krasner in Philadelphia ("The lessons we learned from Minneapolis this week," "REIMAGINE SAFETY: A project of the Editorial Board, in conversation with outside voices," Washington Post), "Press Release: DC Police Reform Commission Recommends Decentering MPD To Improve Public Safety").

I do wonder about it.  I do agree we need a reinvention of public safety and how to deliver it, broadening response significantly beyond police officers with guns, but at the same time there is a strong sense of "nullification," that crime isn't so bad, that there is more concern for criminals than there is for communities and victims.

This Post article on Kennedy Street ("After a Black man’s death, a D.C. street agonizes over the future of policing") is pretty interesting.  It's about one mile from our DC house.  There's been a fair amount of crime, shootings and murders in the Kennedy Street corridor, making revitalization very difficult. 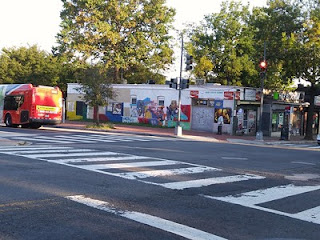 The corridor has revitalization potential*, but it lacks the right amount of nearby population (aka "population density") necessary to stoke the micro-economy of the commercial district, plus the building stock is completely disjoint.  It's a mix of housing, some commercial buildings (most pretty uninspiring), with a lot of design modifications and a lack of a sense of overall aesthetic integrity and commonality.

-- "To accelerate commercial district improvement you have to do more than build the one shiny new thing," 2018

(In 2015, I suggested that a streetcar line from Fort Totten Metro up Riggs Road and Kennedy Street to Georgia Avenue would be a good way to stoke community improvement in that area.  But the city doesn't have a fine grained approach to streetcars as a way to stoke economic development.)

* Revitalization planning for Kennedy Street.  Because the corridor is a mix of housing and commercial buildings, I recommend an approach comparable to the Hampden commercial district in Baltimore (photos below), which has a similar mix of buildings, and a number of the houses have been converted to commercial establishments. 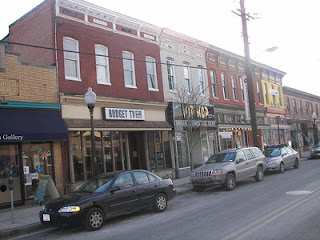 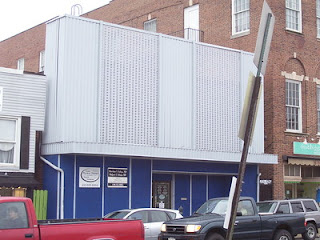 Still, Kennedy Street doesn't have a dense population, and lacks a Metrorail station, which helps areas like Petworth because it promotes pedestrian traffic through the neighborhood, and people stop and shop, eat, etc., on the way to and from the transit station.

Because of the lower cost of property or rent, a bunch of hip businesses (chocolate shop, soup shop, cheese shop, cidery) have located on the corridor over the past 10 or so years, but most fail, because the demographics aren't particularly congruent.

About 20 years ago, I met Herbert Haft, who was a key inventor of "discount retailing" ("Herbert Haft, Founder of Discount Drugstores, Dies at 84," New York Times) and he made the point that people with money are the most motivated to save money when they buy stuff, but that the costs of running a business were such that you might as well pay more rent and locate in better places where your business was more likely to succeed.

That's the conundrum of Kennedy Street in nutshell.  It has the potential. 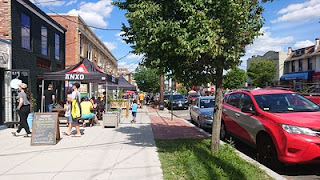 Community event, Flickr photo by Payton Chung.
But a "trickle up" approach won't really work.  The properties are owned by a disparate group of people who aren't really capable of making sound decisions about architecture and design, dooming the community to failure.

Another issue is that the old theater there was converted to a senior center.  For the corridor, it'd have been better to keep the theater as an operating venue, an anchor and cultural asset.  A senior center uses building but doesn't really add activity that enlivens the street nor does it contribute to economic activity there. 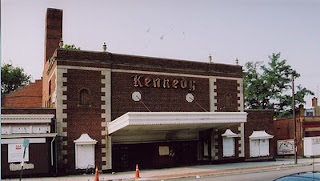 I wrote about that in 2005 ("Who can you turn to when the most active, aggressive destroyers of the city's livable places are DC Government agencies?").  Although perhaps it would have been possible to do both ("Government facilities planning can accomplish multiple objectives," 2007).

(Disclosure: in some respects, my efforts to get the Ward 6 Senior Center to rehab the old Hayes School to historic preservation standards led the DC Historic Preservation Office to do a trade off.  Do the W6 building to historic standards, and you can do whatever you want to the Ward 4 senior center...)

The Philadelphia Inquirer: ‘Hello, Sunshine,’ a new documentary about a Philadelphia community activist reveals the toll of activism | He.
https://www.inquirer.com/opinion/rosalind-pichardo-joe-quint-hello-sunshine-gun-violence-drugs-kensington-helen-ubinas-20210423.html