========
Republished on Saturday May 22nd. Originally published Monday May 11th.
Republished because of the publication of an article, "Can Horse Racing Survive?," in the 5/24/2021 issue of New Yorker Magazine, about the horse racing industry.
It makes the point that in the last few decades, with the expansion of casino gambling across the US, there were only casinos allowed in Nevada, now there are 1,000 casinos nationally, betting on horses has dropped by 50%, although some tracks have repositioned by becoming "racinos," with betting on horses as well as more traditional casino "games."
As a result, horse racing tracks have closed across the country. The article discusses Pimlico, and how the owners offloaded the risk of running the track onto the State of Maryland through the provision of almost $400 million in state funds for the renovation of the facility. In return, they've agreed to expand the racing calendar.
======== 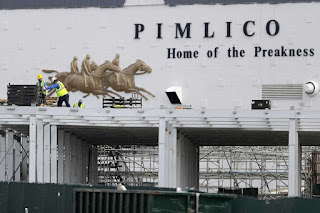 In this May 15, 2020, file photo, a crew works on putting up a platform near the main entrance at Pimlico Race Course in Baltimore. Pimlico, which opened in 1870, is set to be rebuilt over the next two-plus years. Photo: Julio Cortez/AP

The Baltimore Sun/Washington Post ("Pimlico’s real winner could be the surrounding Baltimore neighborhood") and AP ("Optimism rising about future of Pimlico with rebuild looming") have stories on the eve of the Preakness horse race this Saturday, about how the newly rehabilitated Pimlico Race Course, after a $375 million investment by the state, could help to spark the potential revitalization of the surrounding Park Heights community, which has been distressed for decades. 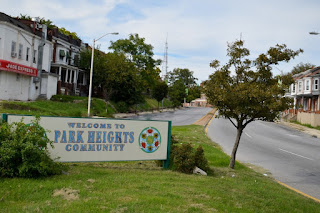 Last year, it happens I wrote about Pimlico as a revitalization augur ("Will redeveloping Pimlico really make much of a difference for Baltimore/Park Heights?").  Although I had intended to write the piece a year earlier.

In part the entry reprints an op-ed by revitalization professional Michael Seipp, who at the time was the Executive Director of Baltimore's Southwest Partnership.

He made the point that at 10 events per year, even with a few more events, Pimlico Race Course doesn't justifying $375 million in state funds for revitalization, when there are so many other competing projects, all with better return on investment.

Yes the competing Laurel Race Course about 30 miles away in the suburbs isn't particularly charming and lacks the history of Pimlico, but it's better situated for mobility especially. 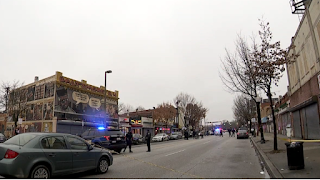 And the reality is that (1) there isn't enough interest to support two race courses so close to each other.

(2) Race courses don't offer much in the way of ancillary business activity to support community revitalization ("A Black Neighborhood's Complicated Relationship with the Home of the Preakness," The Undefeated).  From the article:

In Northwest Baltimore’s Park Heights neighborhood, more than 100,000 people are expected to gather Saturday to watch the 144th Preakness Stakes at the rundown Pimlico Race Course.

However, few residents of this depressed, low-income and largely black community will be attending the second leg of thoroughbred racing’s Triple Crown. But for generations, they have made extra cash allowing race fans to park on their front lawns and selling cooked food or trinkets from their stoops. Corner stores and carryout spots have charged fans anywhere from $5 to $20 just to use the bathroom. Even the drug dealers clean up on Preakness Day.

“The white folks come up here once a year to gamble and get drunk. Some of them come across the street and buy a little weed or some crack. The police just sit there and don’t do nothin’ because they get paid off by the corner boys to look the other way,” said 51-year-old Ray Johnson, who grew up in the neighborhood. “When the race is over, they get outta here before it gets dark. They don’t give a f— about this neighborhood until the next year.”

Sports-related development framework and horse racing.  I hadn't thought of my proposed "Framework of characteristics that support successful community development in association with the development of professional sports facilities" being applicable to horse racing, but for more traditional team sports.  But it turns out to be just as relevant.  (Demonstrating the robustness and value of the framework.)

Evaluating Pimlico in terms of that framework, looking at the primary categories and the elements within each: 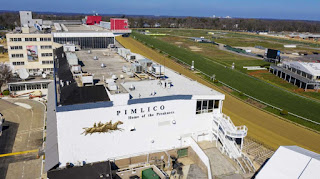 it pretty much fails at every level.

But it will support the state horse racing industry.  Which doesn't help Baltimore much.

Transit.  Because of the fact that racing draws spectators from a super wide area, it doesn't lend itself to transit as the primary mode people get to and from events, the way that it does with ATT Park in San Francisco, Capitol One Arena and the Nationals Stadium in Washington, Madison Square Garden and Barclays Center in New York City, etc. 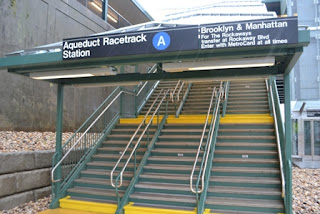 Suspension of racing at Laurel creates a longer season at Pimlico in 2021.  Interestingly, because of issues with the track at Laurel, racing there has been suspended and shifted to Pimlico, so that does provide more events and more activity. 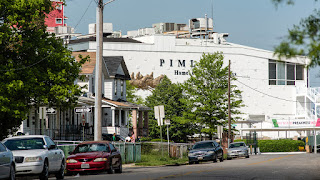 The more events, the greater potential, but it doesn't change the reality that there is minimal ancillary business activity associated with attendance at racing events, and even what there is supports a very narrow range, mostly restaurants, and bars at that.

Even so, WRT food and beverage the race course itself aims to do most of the selling, providing some employment opportunities, but not business opportunities.  (They could have created a set up where community businesses run the food service operation, but that would divert a significant source of revenue away from the race course.)

People aren't interested much in buying goods, unless they are team related (jerseys etc.), because they don't want to lug them around.  If people stay in hotels, most of the profits are repatriated elsewhere (this is a problem with events like All Star Games and Super Bowls).

Conclusion.  The longer racing season will be a good experiment to see if a longer season makes a difference to revitalization opportunities in Park Heights.  But I don't expect it will make much difference.