Anniversary of the insurrection 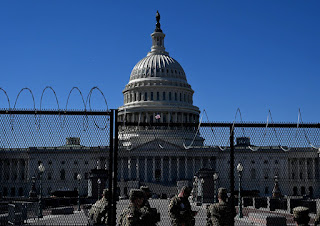 National Guard troops remain in front of the U.S. Capitol, which is surrounded by fencing topped with razor wire, on March 3, 2021. (Katherine Frey/The Washington Post)

This year I didn't have the motivation due to the "Big Lie," the state of democracy generally and Republican authoritarianism ("Republicans closely resemble autocratic parties in Hungary and Turkey – study," Guardian--this article predates the 2020 election and it has only gotten worse), Republican voter suppression legislation in many states, the deposing of objective election officials, Republican success in 2021 elections in Virginia, New Jersey, and Metropolitan New York City, willful refusal to get vaccinated by 30% of the US population, and of course, the 1/6/2021 Insurrection, of which today is the anniversary.

The art installation by "The Daily Show" makes me feel a little better ("'Daily Show' installs 'Heroes of the Freedomsurrection' Jan. 6 monument," The Hill) as does some of the insurrectionists getting prison terms of as much as 5 years.

The installation is up today only, til 11pm EST at 23rd Street and Broadway Avenue in Manhattan. 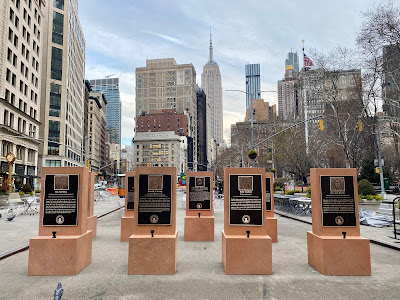 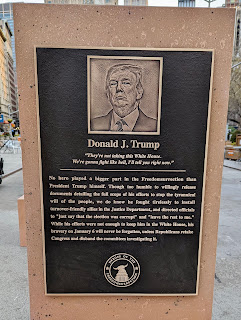 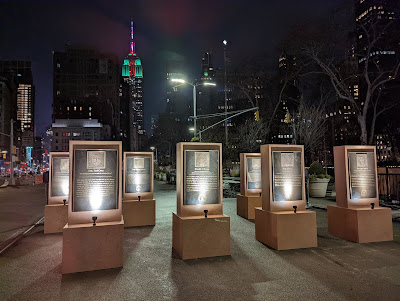 2. I looked up a source article because it was mentioned in a different story in my newsfeed, about a Teen Vogue article on teens with parents who participated in the Insurrection.  While that articles wasn't particularly scintillating, while looking for it, I came across a different one, "Teen Vogue's Top Features of 2021," listing what they thought were their best articles from last year.
One of those articles, ""Conspirituality" Boomed During the Pandemic, And It Could Have Consequences for the Vaccine Effort," on "conspirituality as linking wellness, conspiracies including QAnon, and anti-vaccination positions is really great, with lots of good links to other articles within it.
Who would have thought Teen Vogue could be so good?