In Downtown Logan, Utah, some of the bus stops also provide information on walking

The London Underground is noteworthy in how it's created a map with a list of walking distances between stations, in part to communicate that in some cases, rather than transfer between lines, it's faster to get out and walk.  They have maps for specific lines, as well as for all the stations in Central London. 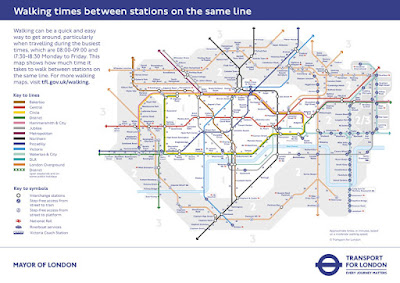 Many transit wayfinding maps are typically organized around presenting a walkshed at 1/4, 1/2, and 3/4 mile distances. 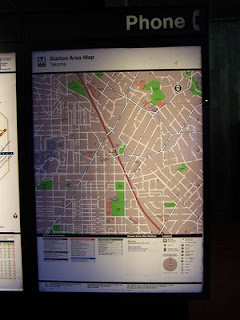 Separately, there are walking oriented wayfinding systems like Legible London (which actually is based on the system first created in Bath, England).  Although London uses the same wayfinding system for transit, walking, and biking. 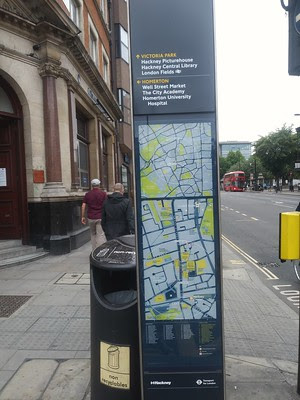 There are "guerilla wayfinding" systems encouraged as an element of tactical urbanism, to call attention to walk distances wrt locally-available amenities. 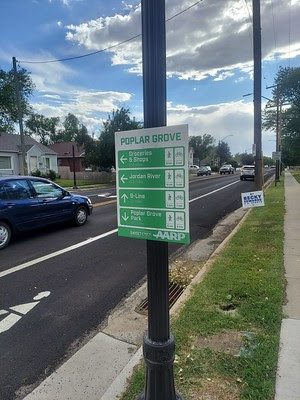 But I haven't seen bus stops and shelters conceptualized as an element of the walking network, or at least incorporating walking information as well as transit information in one place.  But the Cache Valley Transit District has done that at some--not all--bus stops in Downtown Logan.

It orients riders and tells them in which direction are the major destinations and how long it will take them to get there. 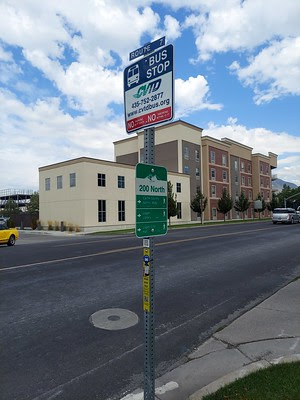 This would be an easy addition to bus stop signs and shelters. And it's a small transit system with a national best practice.