Defining deviance down: Disorder and cities in 2022

"Defining deviance down" is a famous paper in urban policy circles.  Written by Daniel Patrick Moynihan in 1993, and explaining the decline of public facilities and spaces in New York City, it made the point that instead of addressing the nuisance/noxious/criminal activities and consequences, instead deviance was redefined, redefining once anti-community acts as acceptable. 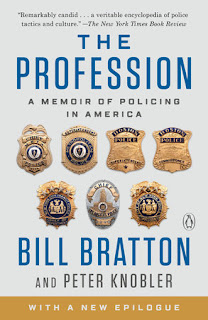 1.  Transit fare evasion in DC (and elsewhere).  A few years ago, DC Council voted to make fare evasion legal, despite the concern that it would cost the transit system revenue and lead to nuisance and even criminal behaviors, as it countered the lessons from the New York Subway system's crack down on fare evasion as a "gateway" to improving public safety on the transit system (see William Bratton's latest autobiography, The Profession: A Memoir of Community, Race, and the Arc of Policing in America, for a great discussion on this).

Now, shockers, the transit system finds that as many as 1/3 of all patrons aren't paying ("Fare evasion in D.C. is rising. Money troubles are pushing Metro to confront it," Washington Post).  From the article:

Fare evasion has worsened during the pandemic and is a visible reminder to riders of revenue Metro is not collecting — even as the agency calls on regional leaders to help with financial woes. The solutions aren’t easy for Metro or its transit police department, which has been accused of disproportionate enforcement against Black residents, leading the D.C. Council to decriminalize fare evasion in 2018.

Since that year, police records show, transit officers have dramatically shifted away from enforcing fare evasion across the rail and bus system, with citations and arrests numbering less than 300 last year, compared with more than 15,000 in 2017. Of that 2021 total, none took place in the District.

3.  Transit systems are experiencing more crime, to the point of murder ("‘She doesn’t ride the subway’: Attack victim Elizabeth Gomes rips Tiffany Cabán’s claims that subways are safe," New York Post, "Residents around 900 South TRAX station concerned by recent shootings," KUTV, "With attacks on public transit up, cities struggle to make riders feel safer," SmartCities Dive).  So it seems that increasing patrols and focusing on crimes big and small is in order.

Yes I know covid is a contributor to the crime rise more generally ("Homicide Spike Hits Most Large U.S. Cities," Wall Street Journal).  But that's not an excuse.

4. Crime nullification/defund the police.  There is no question that there is an untold amount of police brutality, unfounded killings, and other unacceptable behavior.

What it has led to is not a recognition that policing needs to be rearticulated with a broader definition of what public safety means ("The opportunity to rearticulate public safety delivery keeps being presented"--see the comments too), with a greater variety of responses, and greater standards for police officers ("Bay Area sheriff’s office audit reveals 45 officers failed psychological evaluation," CNN), but a kind of what I call a nullification of criminality.  Meaning that because police do bad things, crimes aren't really crimes, so criminals aren't criminals.

If that's not an example of "defining deviancy down" I don't know what is.

They are crimes and they have tremendous negative effective on quality of life and public safety.  Police doing bad things doesn't nullify the responsibility of citizens to not commit criminal acts. 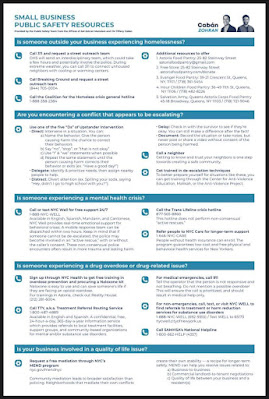 This "Small Business Public Safety Resources" guide was produced by two New York City Councilmembers with the aim of getting businesses to call for responses other than police.  There is a lot to be said for a breadth of response options.

Not everyone agrees ("Progressive NYC pols where EMT was murdered urged biz owners NOT to call the cops just days earlier," New York Post).  At the same time, the severity of criminal acts shouldn't be "defined down." 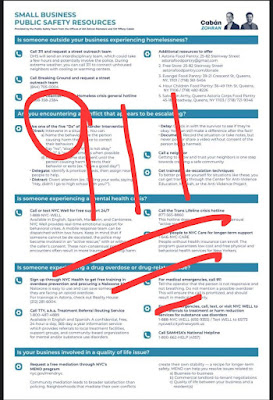 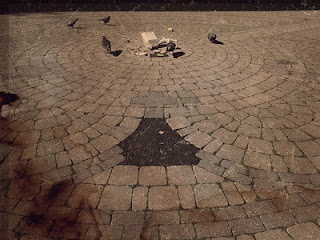 An asphalt patch in the elaborate brickwork of the Trinity Park Labyrinth behind the Eaton Centre: a Band-Aid solution.  Rene Johnston/Toronto Star, Toronto Star Photo Illustration.

5.  Failure to maintain and invest in public facilities.  This isn't deviance exactly, but it is an illustration of how touting low taxes on one hand comes with great costs, the inability to fund basic maintenance.

And when public facilities decline, so does the quality of life, perception of public safety, and value of the civic commons and public assets.

Things are falling apart. Or they’re not there at all. Or they are administered in a thoughtless way that seems actively hostile to the citizens they are nominally intended to serve. This city has become punishingly expensive to live in, which makes things hard enough for many people, and these many acts of civic negligence and neglect pile daily insult atop that injury.

Toronto, can’t we do better?

This column kicks off a series of articles in the Toronto Star that asks exactly that question, in a number of ways and from a number of angles. In the coming weeks, Star writers will look at the deterioration of the King Street Streetcar Pilot, the neglect of parkland public spaces, the inability to staff Toronto’s planning department to keep up with housing demand, crumbling streets and public buildings, neglect of maintenance of public infrastructure and — yes — those darn busted-up garbage bins all over the place.

This is an issue in the UK, because 10+ years of austerity have crush public agencies and local governments--some have lost as much as 2/3 of their budget, at the cost of public libraries, health care, maintenance of streets, sidewalks, parks, etc.

An article by John Harris in the Guardian ("This Tory crisis reveals a party that has lost touch with reality – and its own heartlands") makes the point that public facilities are most consumed by the middle class:

As our economic troubles pile up, there is talk of renewed austerity: in her interview with Kuenssberg, Truss pointedly declined to rule out public spending cuts. She and her colleagues ought to bear in mind the words of the writer and academic Ross McKibbin, written in 1999 but every bit as relevant to 2022: “The middle classes make more use of the NHS, public transport, public libraries, local swimming pools, public parks and their right to state welfare than anyone else.” Therein we see one key aspect of the Tories’ snowballing crisis, and further proof of this surreal period’s defining political fact: that if Conservatives only seem able to bring to their own heartlands worry and despair, the game is surely up.

Of course this is an issue in the US too.  And most communities don't have the kind of philanthropic or other resources to fund special purpose organizations like the Bryant Park or Central Park Conservancies or business improvement districts to provide the extranormal level of maintenance that people want for their civic spaces.

I have a lot of empathy for dealing with injustice, structural poverty etc.  At the same time, I lived in DC in the late 1980s and 1990s when crime and disorder was really really bad.

The improvement in public safety starting in the late 1990s, with severe drops in murder and serious crimes is a key element of the urban resurgence experienced in the 2000s.

I just can't believe anyone who experienced those levels of crime back then, or in the neighborhoods that still experience persistent criminal activity, would want to support policies and practices that increase crime rather than reduce it.

DC didnt legalize fare evasion, they decriminalized it. Its basically the same as speeding or running a stop sign, which is different than legalize.

And given the fact that fare evasion is often associated with committing crime, not a good look.

Decriminalization = no longer prioritizing it. While moving violations even if decriminalized still engage police.

Plus which I didn't mention, at the time of decriminalization they didn't legaluze a civil infraction system for fare evasion in DC.

Decriminalization of jaywalking in California.

Pedestrians can be ticketed only in cases of 'immediate danger'

It amends the state vehicle code to “prohibit a peace officer … from stopping a pedestrian for specified traffic infractions unless a reasonably careful person would realize there is an immediate danger of collision with a moving vehicle.”

A similar bill that Ting introduced in the previous legislative session was vetoed by Newsom, who said he was concerned it would “unintentionally reduce pedestrian safety.” The governor said at that time, though, that “unequal enforcement of jaywalking laws and the use of minor offenses like it as a pretext to stop people of color … is unacceptable and must be addressed.”

And to be fair, when "crimes" like these are addressed by police, it's often as a provocation to stop people for other reasons.

That being said, I think fare evasion is a bit different. And as I said at the time, I'd rather support various discount/free transit program

Fight in Seattle against adding park rangers, activists see them as a coercive force.

“This might sound innocuous, but these new ‘park cops’ would become a permanent force of ‘sweepers,’ drastically expanding discriminatory policing of poor and unhoused people … leading to increased trauma and arrests,” the Black Action Coalition said.

A group of progressive organizations, called Solidarity Budget, held a news conference to denounce the rangers, saying they would funnel more defenseless people into jail.

It’s debatable whether park rangers would ease safety problems in the parks. But the 911 calls already are coming in. The immediate issue is whether the real police show up, with guns, or whether the city sends out someone like Ranger Sandra (the name of one of the current rangers), who tries to resolve the situation, at least at first, without law enforcement.

Proposals would fund programs to keep low-level youth offenders out of lockup and to fund housing and health programs for 80 people who most frequently cycle in and out of jail for minor offenses.

There would be four new units with mental health professionals to respond to some emergencies alongside law enforcement. There would $2 million to help expunge old marijuana convictions and $9 million for community-based messengers and interventions to reduce gun violence.

There would also be $21 million for 140 nonpolice security officers on Metro buses, an increase of 50 officers from current numbers. There would be $2 million in new funding for the Sheriff’s Office to add detectives to the major crimes unit and to create a new gun violence unit.