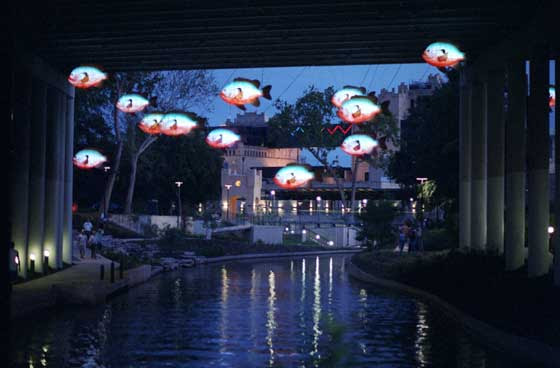 'F.I.S.H.' gotta fly: The river under the I-35 bridge, once a wasteland, is now a civic treasure. San Antonio Museum of Art terminates the view. Image from the Incident Light blog.

It's been a long time since I've been to San Antonio (I missed the relatively recent American Planning Association annual meeting there a couple years ago), and this blog entry, "Placemaking at its best: In Urban Segment of Museum Reach, designers, artists, craftsmen extend Hugman's vision for River Walk," alerts us to the expansion of the River Walk there.

The San Antonio Riverwalk is an excellent example of harvesting assets that you already have, but perhaps have seen as impediments rather than as assets. Waterfronts are a key asset of communities in the Chesapeake Bay region, and especially for DC proper, which has both the Anacostia River and the Potomac River.

In the report that I worked on for Cambridge Maryland, we discussed the necessity of linking the downtown to the waterfront as well as listing a number of ideas on how the community could better leverage its waterfront access as a revitalization asset.

Since working there, I have become a lot more conscious of Chesapeake Bay issues and the vastness of "the water" and its centrality to the identity of the Eastern Shore.

In the old days, travel in the region was fastest by boat, and there was steamboat service connecting communities throughout the region. One of my crazy ideas is to re-create a kind of Maryland-Virginia-DC "cruise" using a steamboat or two, comparable to the cruise operation that runs on the Great Lakes. 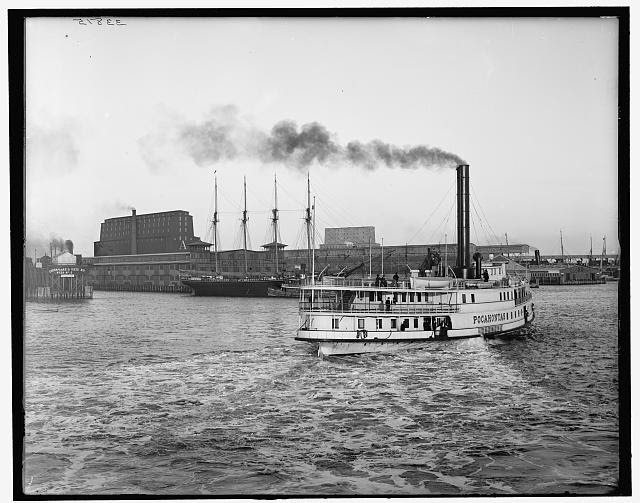