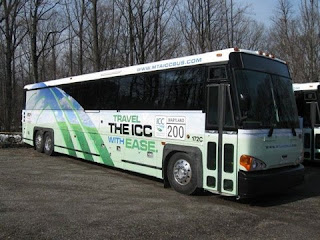 I went to an estate sale last weekend, and one member of the family had been avidly interested in transportation and historic preservation, so I ended up buy hundreds of dollars of books.
One book that I am reading now, Getting There: The Epic Struggle between Road and Rail in the American Century by Stephen Goddard, is a particularly excellent discussion of the development of an integrated system of roads in the U.S., how the integrated system of federal and state involvement was development, and how rail-based transportation was vanquished, while ensuring that the automobile industry would continue to enjoy a large market for the sales of new automobiles.

Except for what were minimal costs of gasoline taxes and registration fees, motor vehicle users didn't pay for the development of roads, unlike how railroads, interurbans, and streetcar systems had to pay franchise fees, provide other inducements (e.g., most of Connecticut Avenue in DC was built by Senator Newlands' streetcar company as part of the franchise agreement--Newlands built the streetcar system in order to ferry residents to and from his land development venture in Chevy Chase DC and Maryland), and pay property taxes on the land and infrastructure.

While taxes and fees to fund transit are fought by developers these days, in the old days it was just part of the business and process of making land valuable.

That's why it is almost hysterical to me that today's Post reports, in "Md. to pay for infrastructure improvements in settlement with Konterra Development," that the State of Maryland is paying $72 million for infrastructure development for the Konterra land development in northern Prince George's County, as a result of land seized for the Inter County Connector.

First, it's funny because THE INTER COUNTY CONNECTOR WAS BUILT IN LARGE PART TO MAKE KONTERRA ECONOMICALLY VIABLE--Land that yes is accessible to I-95 but is still almost 20 miles from Downtown Washington.
The east-west Connector makes Konterra's "4,500 residential units, 5.3 million square feet of commercial, retail and office space, and 500,000 square feet of hospitality space" twice as valuable.
But the owners pay little. Hell, they should have given the land to the State for the interchange, since it makes their development viable instead of just a bunch of land.

They should have had to pay tons of money towards the intersection, which converts the development potential of "4,500 residential units, 5.3 million square feet of commercial, retail and office space, and 500,000 square feet of hospitality space" to development actuality.
Now, it's not exactly true that developers pay nothing. Unlike DC, Prince George's County does charge developer impact fees, as well as impact fees for public safety and school facilities. According to one document:
The Prince George’s County school facilities surcharge in fiscal 2009 is $14,019 for development outside the beltway and $8,177 for development inside the beltway. The public safety surcharge in fiscal 2009 is $6,619 for development outside of the “developed tier,” as defined in the 2002 Prince George’s County Approved General Plan, and $2,207 within the developed tier. The surcharges are collected at the time a building permit is issued.

The fee for general impact on infrastructure is harder to calculate, because it's dependent on the type of use and construction material. The PG County permit group doesn't provide a master table of impact fees comparable to how Montgomery County does.

The way I calculate it, the cost of a building permit for 5.8 million square feet of commercial space is just under $4 million, but I don't know if that includes the developer impact fee that PG County is allowed to assess. I don't know how the public safety fee would be calculated and there wouldn't be a school facilities fee on commercial property.

Even so, especially considering that far more money will be invested in road infrastructure to support Konterra's not quite 500 acres of land than this $72 million down payment by the State of Maryland (not to mention some portion of the $2.256 billion spent on the Inter County Connector), it seems as if the developers are getting off easy.
In Montgomery County, the transportation impact tax on the commercial property would be about $32 million and maybe $25 million for the residential property. That gets a bit closer, but still is nowhere near covering the $72 million the State of Maryland will be spending.
(Image of one of the new MTA Commuter buses from Metro Magazine. I saw one on Friday on I-95 but I was driving and couldn't take a photo...)