This is relevant to past entries making the point that horizontal and vertical connections to, from, and around transit stations need to be better planned as part of station development projects and station area planning. 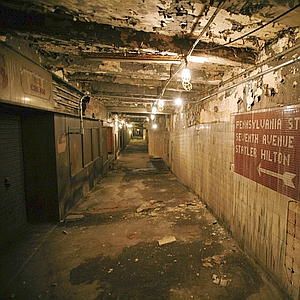 Gimbels Passageway and Penn Station, New York City.  When writing the previous piece which referenced the PATH transit system serving Lower Manhattan and New Jersey, I came across a mention of the Gimbels Passageway, which had provided a direct underground connection between Penn Station, the 34th Street-Herald Square subway station and the 33rd Street PATH Station, via a sub basement in the Gimbels Department Store.

Gimbels went out of business and eventually the building was redeveloped into the Manhattan Mall, with a food court on the bottom where the passageway was.

The passageway was closed in 1986 when the city was in decline.  Partly the dispute was over who should pay for improvement and maintenance, and who owned the property, MTA or the real estate developer, now Vornado.

In any case, the passageway has been shuttered ever since, although in 2010 the owner, Vornado, claimed they would reopen it someday as part of an office project ("Remembering the Gimbels Tunnel," New York Post). 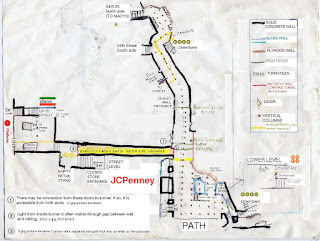 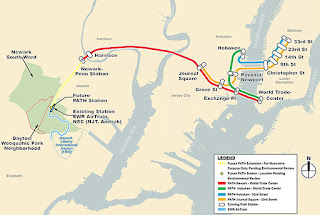 Map of the PATH transit system 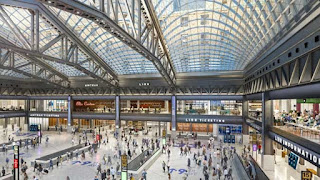 The station had its grand opening in January which opened in January, 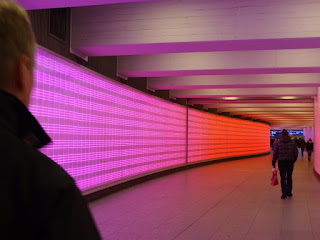 Photo credit
To get approval of the controversial One Vanderbilt project, the developer SL Green committed to funding and/or constructing $220 million worth of transit and mobility improvements, including the underground passageway ("Behind the rise of the 77-story One Vanderbilt," New York Post).