I have written a fair amount about how there should be transportation demand management requirements as a part of planning approval and building regulation processes, especially for large properties generating many trips, including sports stadiums and arenas, college campuses, schools, large employers, casinos, airports, etc. 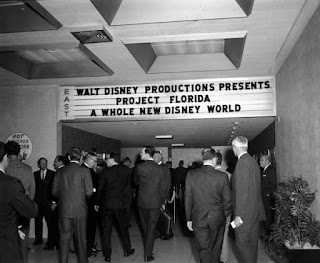 Disney World in "Orlando" poses one such case.  Millions of people travel to Orlando each year ("The Mouse that need not roar: How Disney World at 50 shapes Florida, wields influence," Tallahassee Democrat, "Disney says it generates $18.2 billion annual ripple effect in Florida," Orlando Sentinel), often in families or other groups, posing significant demand on the local mobility system.

For many years, Disney had a branded bus service tied into its ecosystem of hotel reservations, that would move people from the airport to the Disney World campus. 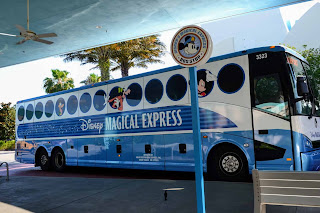 They dropped the service, called Disney Magical Express, presumably because they no longer found it to be profitable on a stand alone basis ("Disney World Gets Rid of Free Airport Transportation — and Replaces It With These Paid Options," Travel & Leisure).

While other companies are stepping into the breach to offer transportation from the airport to the hotels, it will require extra steps to procure, rather than just being incorporated into the hotel stay, what Professor Donald Shoup calls "ticket validation" ("Hate Stadium Parking and Game-Day Traffic? An Idea," Bloomberg).  The change from bundling the service into hotel reservations is that now the cheapest option will be $16 one way. 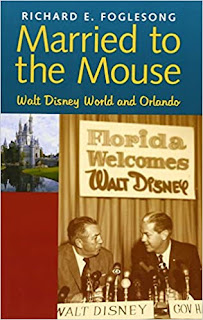 From a TDM requirement standpoint -- although Disney has extranormal control of planning and zoning over its activities (see the book Married to the Mouse: Walt Disney World and Orlando) -- Disney shouldn't have been allowed to make a unilateral decision with such extranormal impact on the regional mobility network.

Encouraging ride hailing rather than the use of a more traditional transit system is sub-optimal from the standpoint of the overall mobility system, increasing the number of vehicle trips.

Probably they should have been allowed to impose a fee, but still be required to offer or contract the service, delivered in a seamless manner connecting people from the , unless they could demonstrate a significant drop off in patronage, which was probably unlikely.

Brightline passenger rail.  A related issue is Brightline, the higher speed private railroad service being developed in Florida.  Currently it operates in South Florida, and planning is underway to extend to Orlando and Tampa.

The company wants to have a station at Disney from the Airport ("Brightline, Disney announce plans for Disney Springs train station," Orlando Sentinel), although planning is delayed over disagreements about routing. 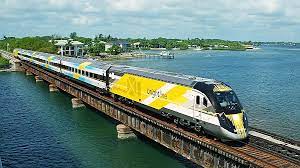 The reality is that unless the cost of a ticket is built into the overall transaction, ridership isn't as likely to be as high as projected.

Were Brightline (and Disney) "smart," they'd try to get a similar arrangement with Disney and brand the whole railroad service as "Disney Magical Express."

Although the reason for delays in routing in the train in Greater Orlando have to do with competition between Disney and Universal Studios ("Say no to Universal and yes to Brightline’s train route to Disney," Orlando Sentinel).  Changing the routing to be more accommodating to Universal Studios could cost as much as $1 billion, but they aren't interested in paying for the privilege.

Speaking of how states shouldn't be allowed to use tax incentives to poach businesses from other states ("Walt Disney Co. to get $580-million tax break for moving California jobs to Florida," Los Angeles Times).