I've never been to the Netherlands, but I try to pay attention to it because of biking and sustainable mobility policy--they are the world leader in biking as transportation, and land use policy and of course, the way they deal with water and flooding ("Dutch Masters: The Netherlands exports flood-control expertise," Earth Magazine).

Bicycle Dutch is a blog focused on Dutch bicycling practice and policy, but apparently the author occasionally addresses other issues.

This post is on how Utrecht in the 1960s started filling in its circular canal with a motorway.  This kind of practice was common in most places--in the US, many freeways follow river courses.

But even then it was opposed by significant tranches of the population, so the program was never completed as originally intended, and over the past 20 years, it has been reversed, to the point where the re-creation of the full ring canal is now finished. 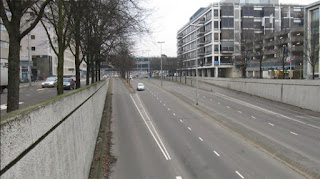 The Utrecht Rijnkade (right hand side of the road) in 2010. 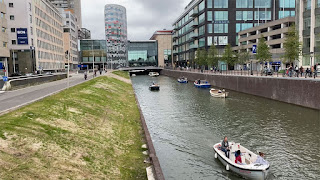 Related examples are what is called "daylighting" of previously undergrounded and tunneled rivers and other waterways.

And freeway removals.  One of the most prominent examples is how Seoul removed the Cheonggye Freeway to bring back the stream that it had replaced ("Seoul tears down an urban highway and the city can breathe again," Grist Magazine). 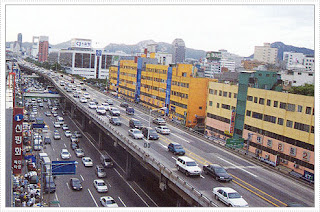 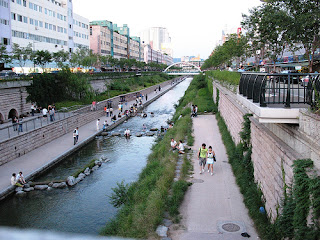 I was in Utrecht when this canal restoration was underway. Glad to see it finally complete.

One thing to note - this isn't a true highway, but more akin to a short portion of grade separation, akin to the North Capitol street underpass or some of the other examples ducking under Circles in DC. The Utrecht underpass connected to city streets on either end.

The Netherlands does have plenty of full-on freeways, but they've mostly managed to keep them out of the center cities and only build them in agricultural areas.

thanks for the clarification.