Speaking of how government systems work...
Baltimore County is very much a motor vehicle oriented community. Fewer than 7% of residents commute by transit, walking, or biking, many streets don't have sidewalks, and arterial roads can be quite narrow, making bicycling difficult. The Baltimore Beltway (1-695), I-83 (Jones Falls Expressway), I-95, I-70, and I-795 (Northwest Expressway) are major arteries for county residents, and it can be easier to get around the county by driving the freeways, rather than on arterials. 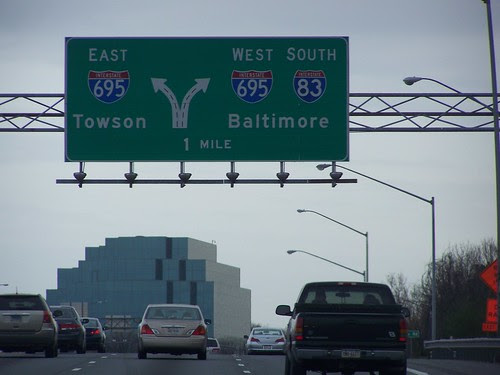 Last night, the Baltimore County Council passed unanimously Bill 2-11: Baltimore County Pedestrian and Bicycle Advisory Committee.
Now at first glance from the title, it looks like all the County did was create a Pedestrian and Bicycle Advisory Committee, which is nothing pathbreaking for counties located in metropolitan areas like Baltimore, Washington, or anywhere else across the country. 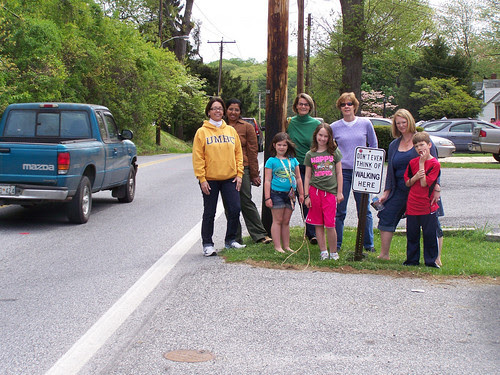 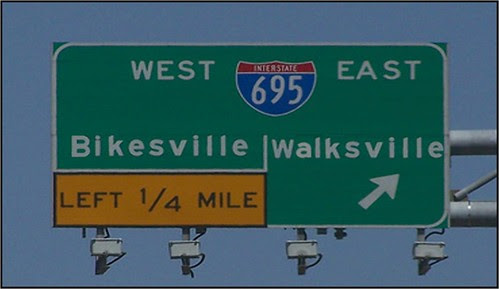 Pikesville is one of the communities in Baltimore County. The highway sign text is modified from the actual photo.