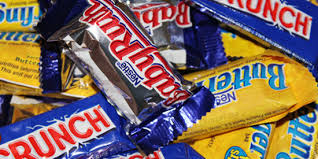 Last week, it was reported that Nestlé, an international foods conglomerate based in Switzerland, is moving their US headquarters from Glendale in Metropolitan Los Angeles, to Rosslyn in Arlington County, Virginia ("Nestlé to move U.S. headquarters to Arlington, bringing 750 jobs," Washington Post).

They will be moving to a signature building that has been vacant ever since it opened in 2013 ("The war of 1812 is over for Monday Properties' Tim Helmig," Washington Business Journal).


The commonwealth is offering $10 million in cash grants to Nestlé: $6 million as a Commonwealth Opportunity Fund incentive and $4 million from a Virginia Economic Development Incentive Grant. Arlington County is offering an additional $6 million in incentives — $4 million from performance grants and $2 million in infrastructure updates — as well as additional money for “extensive relocation assistance” to help cover expenses related to the company’s move and training of new hires.

Nestlé will spend an estimated $39.8 million building out its share of the 35-story high-rise. The company will take over 40 percent of the building, or about 206,000 square feet, on the top nine floors. The move will begin this summer and is expected to be complete by late 2018. 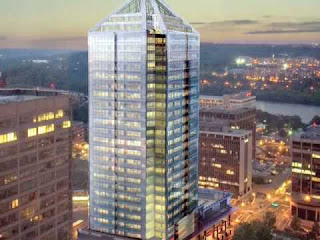 Rebranding Arlington County for business independent of government.  Nestlé will be bringing at least 750 high-paying jobs to the area, with the potential for more, and the move of a high profile corporate headquarters will help re-brand Rosslyn as an important business district with meaning beyond associations with and proximity to the federal government, during its process of rebranding and repositioning which took a big hit as the result of the Great Recession. 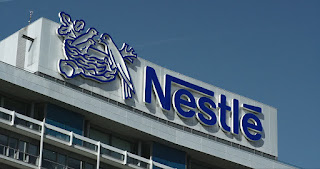 The Nestlé office building in Frankfurt am Main is topped with distinctive signage that can be seen from a long distance away.

Economic return from tax incentives.  When you figure the number of jobs compared to the amount of tax incentives, it's a bit more than $200,000 per job.

While some think that is too high of a cost ("The Right Note: Nestlé Move to Rosslyn May Be Bittersweet," Arlington Now), the reality is that it is a highly positive economic return, especially compared to Tennessee, where reports say that on average incentives are about $1.2 million per job ("State's largest tax credit for biz costs $1.2M per job, study finds," Nashville Tennessean) and Illinois, where an analysis of the State's main tax credit programs by the Chicago Tribune found that most of the projects did not generate significant economic return ("Chicago Tribune investigation on state tax incentive deals with corporations"). 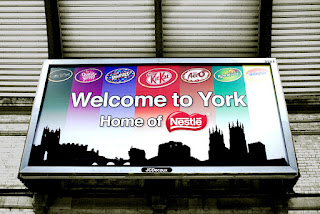 Nestlé has big operations in York, England, and calls attention to this with signage at the local train station.  Photo by Daniel Rogers.

And for roughly the same amount of jobs for GE's move to Boston from Suburban Connecticut, the City and State of Massachusetts are providing upwards of $120 million in tax incentives ("Documents Show Boston Doubled Its Tax Incentive Offer To Help Lure GE," WBUR/NPR) which is 7.5x greater than the amount Virginia and Arlington will be providing to Nestlé.

-- "A lesson that seeing is believing: Panasonic's new building in Newark, NJ as an example, positive and negative, in businesses coming back to the city center"
-- "Corporate headquarters relocating to the center city: GE chooses Boston"

In Montgomery County, Maryland, Choice Hotels (to Rockville Town Center) and Marriott (from a highway-centric location to Downtown Bethesda), have moved or are planning to move within the county to transit-connected urbanized centers within the county, rather than to the City of Washington.

Last summer, GE announced a move from suburban Connecticut to Boston and this past month, Caterpillar has announced it will be moving from Outstate Illinois--Peoria--to Chicago. Chicago has been very successful of late in landing corporate headquarters, despite its economic problems ("Caterpillar's HQ Move to Chicago Shows America's Double Divide," Urbanophile).

But Chicago's suburban communities are angling for the Caterpillar headquarters ("Suburbs vs. city of Chicago: Who wins Caterpillar's headquarters?," Peoria Journal-Star) even as companies like Sears and McDonald's are moving headquarters operations back to Chicago proper.

Airport access important, not recognized as a factor in Nestlé's decision.  Apparently, a key aspect of Caterpillar's decision is airport access, and O'Hare Airport is an hour away from Chicago's Downtown.  See the past blog entry "Aerotropoli and rethinking the scale of mobility networks in the context of a global economy."

DC has similar conditions vis-a-vis Dulles as Downtown Chicago vis-a-vis O'Hare.  This might hurt Downtown DC--not for domestic airport access--as a location for businesses with a high demand for international airport access.

(Note that while I think access to National Airport is quite good from Downtown, the fact is that Downtown Atlanta has even better airport access--"Top Global Airports for transit access," Infrastructure USA)

So suburban communities near the airport do have a shot at landing the company.

This shows that mobility is valued at three different scales:
In the media coverage on the Nestlé decision, airport access hasn't been mentioned.  Rosslyn is a short drive to National Airport, which focuses on domestic travel, and a reasonable trip to Dulles Airport, the area's primary international destination serving airport.

Of course Tysons and Reston are better located for based strictly on access to an international airport. But in terms of balancing employee preferences, proximity to federal decision makers, transit access, and airport access, Rosslyn has more potential than economic development planners have realized.

National Airport and Downtown Washington as a location for business.  Similarly, perhaps Downtown DC can do a better job in trying to recruit business headquarters for companies valuing both access to government and to a domestically-focused airport, since Metrorail access to National Airport is quite good, all things considered.

Long term, except that it will take "forever," probably at least 15 years, this is an opportunity for Pennsylvania Avenue and the site that will be redeveloped pending the relocation of the FBI.

The metro area has gotten three big moves now (VW, Hilton an and now Nestle) that are all very non-governemnet.

All three are HQ moves --- small number of people, and they want to live in a nice area.

John Delaney --about 15 years ago -- wanted to move to Phoenix because he felt business are not respected in this town. He needed up changing his mind and running for congress.

That dynamic is still in place. Caryle, Danaher, other local companies get very little respect and love. Some (like Danaher) prefer that.

At the same time, CEB has been bought by Gartner, not sure how much local HQ will remain. Advisory Board is also for sale. (David Bradley gets very little respect).

When I was writing those pieces on EU cities, one of the things I find interesting about Thessaloniki's loss of centrality was because crony capitalism/the government's role is so central to business development in that country, over time more and more Greek businesses end up relocating to the Athens metro. (Thessaloniki also got screwed by EU expansion, and the opening of eastern countries to the common market with even cheaper labor.)

That hasn't happened wrt DC vis a vis the US, but it has had some effect on certain business categories, e.g., defense related, and telecomm, partly because of access to FTC (like MCI).

Also drugs and biotech because of NIH and even FDA--but very limited (the Japanese company Sucampo located in MoCo because of their desire to be close to the regulatory function).

And then those assets can spawn others that take advantage of the infrastructure, like America Online, or television production, or drug manufacture in Frederick County.

I think that because of the pool of highly qualified expertise, this is changing (like the hotel and "candy" sectors), it's not just government contracting related. But it's a slow process.

But we are no means near critical mass.

E.g., Florida's research on the "creative class" was first sparked by "why can't Pittsburgh retain its tech start ups?" But now, Pittsburgh has reached enough of a critical mass, anchored of course by the same universities that weren't enough before, so that those businesses are staying, and new key relationships are being developed (Google, Uber, etc.).

CEB and AB are big issues. Losing the corporate headquarters stuff is likely, unless Gartner keeps the company pretty much as is.

1. Baltimore and Deutsche Bank. While for a non "big" city, Baltimore still has some legacy finance operations, it's a lot less since Alex. Brown was bought by DB and went through various permutations.

2. Similarly, MCI is not really here anymore. Nor Verizon. Nor May Co., since it was acquired by Macy's. DK how much America Online is here.

So to "ward off" such defections, you've got to be growing and strengthening what exists, and attracting what you can.

It's worked though better for the suburbs, as you mentioned VW, Hilton, and Nestle, than DC specifically.

wrt Carlyle and Danaher, they aren't quite the same because they are the HQ, like the old multinational conglomerates of old (e.g., ITT) with small headquarters operations and no operating companies that are local.

Danaher for example is an amazing firm, really builds the strengths of its acquisitions, creates unique synergies, etc., but the HQ staff is miniscule.