Cultural plans should have an element on culture-related retail

I have a bunch of pieces about how we should think more broadly when doing community cultural plans, to include sections on elements such as "higher education" ("Should community culture master plans include elements on higher education arts programs?") or arts-related media ("Culture planning at the metropolitan scale should include funding for "local" documentary film making" and "Voting vs. civic participation | elections vs. governance").

And I have written about the necessity of buying and holding buildings via the creation of arts-related community development corporations ("BTMFBA: the best way to ward off artist or retail displacement is to buy the building" and "BTMFBA revisited: nonprofits and facilities planning and acquisition").

The "Buy The M*F* building already" pieces key on the example of Paris-based SEMAEST, a CDC tasked by the Paris government to support locally owned independent and innovative retail, in part by buying (or master leasing) space and renting it to for profit and nonprofit organizations at an attractive price ("Emmanuelle Hoss, new managing director of the Semaest, a real estate company in the city of Paris," LSA). From the article:


This structure, which includes some sixty employees, is responsible for influencing the Parisian commercial fabric by relocating local merchants and independent artisans. To do this, it buys premises, can also preempt or negotiate exclusivities from donors to ensure the activity of their future tenants. Tenants to whom it offers advantageous installation conditions (exemptions from door step, right to lease, first deferred rent ...), as long as their shops or their activities meet the local and responsible development requirements defended by the company institution.

In "The SEMAEST Vital Quartier program remains the best model for helping independent retail" I wrote that the program operates on a break even basis, and in some of the targeted neighborhoods, vacancies have declined by up to 40% ("Paris City Hall wants to revive Semaest," Les Echos). The program has assisted more than 650 individual businesses and controls 730,000 s.f. of retail space.

Separately, I have suggested that central libraries should be remade more directly as cultural centers ("Civic assets and mixed use: Central Library edition"), and could include a variety of cultural-based organizations--for profit like book publishers and news-stands and nonprofits like public radio stations and other organizations.

But this can even be done at the scale of neighborhood branch libraries too, depending on the size of the district ("Neighborhood libraries as nodes in a neighborhood and city-wide network of cultural assets"). 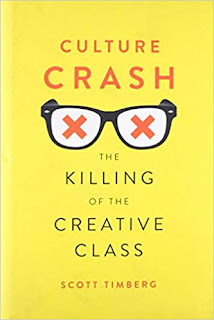 I've never really written about the book by Scott Timberg, Culture Crash: The Killing of the Creative Class, which among its arguments, makes the point that certain types of independent retailers--record stores, book stores, music instrument stores, galleries, etc., supported the arts both directly because of what they sold was arts-related, and indirectly, because artists of all types--musicians, actors, writers, artists, etc. tended to work in these stores, and the money they made supported their ability to engage in artistic endeavors.

Beijing has a fund to support bookstores.  NotionsCapital calls our attention ("Beijing plans to pour $15 million into city bookstores over the next two years," Quartz) to an initiative in Beijing where the city government has set aside $15 million to support the development of bookstores.


The Beijing city government wants to fortify spaces for readers. Last week the city announced a hefty increase to its yearly budget to subsidize brick-and-mortar bookshops.

The annual budget for bookstores will now be 50 million yuan (about $7.4 million), nearly three times as much as the bookstore budget the last two years. The subsidies will help bookstores with rent and store improvement costs, according to state-run Xinhua. The city also aims to add 16 large, mall-sized stores, and 200 smaller ones by 2020. And it will provide tax breaks for bookstores and encourage real estate developers to provide cheaper rent, reports state-owned China Daily.

“We cannot rely on the market to ease the bricks-and-mortar bookshops’ existential difficulties, and a government policy supporting them is absolutely necessary,” Zhang Su, deputy head of Beijing’s bureau of radio and television, told The (London) Times.

According to the London Times, as part of the program, public libraries will open desks in bookstores, so that patrons can have access to books they may not be able to afford to buy, and some bookstores will open branches in libraries.

Of course, in China, financial support of bookstores is a two-edged sword given that the national government will abduct producers of books with content they don't like ("Defying China, Hong Kong Bookseller Describes Detention," New York Times).

Thinking beyond books and about systematic support.  Yes independent bookstores are opening again ("Independent Streak: Against the odds, small book stores are on the rise," Valley Advocate) but they are still having a hard time making it.

The record shops that exist are having a hard time, but are a great source of support for local musicians.  Periodical shops--newsstands--are pretty much nonexistent. 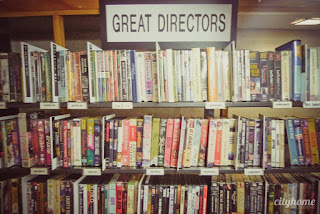 Arts museums may have good sections of art books, but many do not.

Many local chapters of the American Institute of Architects have architecture and design bookstores as part of their operation, such as in Philadelphia, or at the main headquarters in Washington, DC.

Culture plans need to include elements on retail.  The Paris and Beijing efforts make me realize that we need to be more direct about the place of retail in cultural planning, given that it is incredibly difficult to support arts-related retail strictly on a market basis, to build in measures to foster and support retail in an ongoing way.

Culture plans need to recommend the creation of an arts-focused community development corporation.  It should act in part like SEMAEST, buying and holding real estate, to support arts uses generally, but including arts-related retail.  It should also focus on developing lower cost housing options for artists, like the national ArtsSpace organization, but focused on cities and metropolitan areas.

In the Washington Post over the past couple days there have been some relevant articles.

1. An obituary of Skip Groff, who ran a record shop called Yesterday and Today, which was a key element in the development of the regional ecosystem for hardcore.

2. a cover story in the Weekend section on the rise of independent bookstores focuses on their positioning vis a vis Amazon in terms of a community focus and experiential retail.

====
apparently there is a "bookstore" for plays in NYC called Drama Book Shop. It faced closure on rent and other issues. A group of people in the industry, including Lin-Manuel Miranda, bought it to keep it open.

And the obituary for Izzy Young, who ran the Folklore Center music store in Greenwich Village, focused on the folk music genre. The store opened in 1957.and closed in 1973, when he moved to Stockholm, and opened a version of the store there.

including working capital, line of credit, for for profits in certain situations.

There is a group in SF that does this for nonprofits...

Anyway, Book Culture in NYC has four book stores. and they need to do a restructuring.

Which reminds me of the failure of black-owned bookstores in the DC-Baltimore area in the 1990s/2000s including an area chain, and Sisterspace (that was mostly due to management), although there are a couple stores today, like Sankofa, and one in an art gallery in Anacostia

Closure of a newsstand in San Diego, which has the largest selection of periodicals of any store in the US.

A wonderful bookstore, and an institution in Cologne when it comes to art books, is the three-floor Buchhandlung Walther König. I can stay in there for hours looking at all the tomes on architecture, film, design, fashion and art. It’s not only of interest for art lovers, but a paradise for lovers of beautifully made books on all subjects. The founder, Walther König, and his son, Franz, are often in the shop and very approachable, and the ever-changing decorated store-window is regularly curated by artists.