Really cool that the American Academy of Motion Pictures used Los Angeles Union Station as one of the "sets" for the Academy Awards ("The Oscars Roll Out the Red Carpet—at a Train Station," Wall Street Journal). 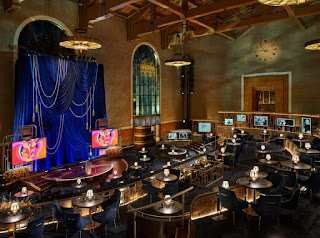 Union Station is an art deco era station that is absolutely gorgeous, with most of its period features still intact, including fabulous art deco waiting room furniture. 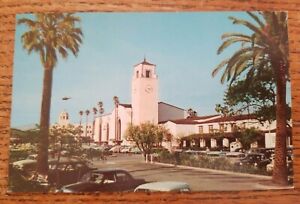 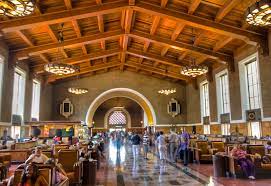 The station is owned by the LA MTA, which has its headquarters nearby.  The station has subway connections, is the hub for the Metrolink commuter railroad system, Amtrak, and inter city bus services, and local transit buses too.  It has a nice bicycle station too, run by the Santa Monica Bike Center as part of the MTA Bike Hub program.
Unfortunately, the station isn't located in the center of Downtown, more on the outskirts, so it doesn't have the capacity to support retail and restaurants in the same way that major train stations on the east coast, like Penn Station and Grand Central Station in NYC, 30th Street Station in Philadelphia, Union Station in DC, North and South Stations in Boston, or European train stations, etc, even though it serves 100,000 commuters per day, the same throughput as DC's Union Station, but which is much more active, and somewhat more centrally located. 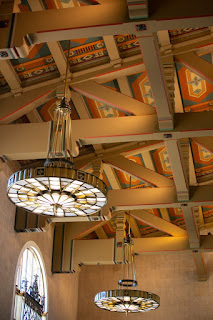 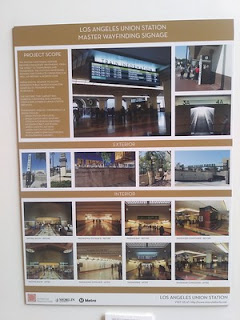 The use of the station for the Oscars is a great example of the ability to better utilize railroad stations as part of community cultural life.

i miss living in LA, esp now that they are embracing some small house community/other faster construction methods to help the massive homelessness problem!

Holding the Oscars at LA Union Station is an insult to the people who actually use the station for transportation purposes.

The same thing happened when they used DC Union Station's main hall for the big Federalist Society dinner. They did it on a weekday night and totally closed off access to and through the Great Hall. It was kinda a fiasco if you actually needed to catch a train at rush hour.

I haven't looked at the intra-station map, and it did cause some issues, but mostly it wouldn't have affected the ability to use the station to ride the trains, except for the waiting room and long distance travelers. I never saw that part of the station getting a lot of use, but granted I was there only a few times.

But you make a good point. The issue is the tradeoff between a temporary imposition and the publicity value.

Most of the users are Metrolink and subway commuters and I don't think they faced very much in the way of serious imposition.

wrt SoCal, I wish we could have stayed. But the inlaws were convinced we couldn't find an affordable property able to accommodate 4 adults. If I'd had better luck when applying for jobs out there (a couple interviews but ...), maybe it would have changed the direction.

But no way did Suzanne and I want to stay in a suburban subdivision in Mission Viejo.

And here, for the inlaws who need high quality access to hiqh quality medical care, it turns out where we are is much better in Salt Lake.

We tried to get them to come to DC. We would have done some renovations. We could have easily accommodated them. But MIL wasn't into it. But even so, I wonder if the medical care access is better here.

Where we are is about 2 miles to the major U of Utah medical campus, and not quite that far in the other direction is a smaller UU health facility that they use too. They have care specialists in geriatrics, which makes a huge difference.

If I were into outdoor sports like skiing, it would probably be different...

There have been lots of concerns about the Oscars even at their regular location (which also involves closing an entire Metro station for an extended period).

The reporting suggests the detours and closures were substantial and very impactful. This is too much to impose on a transit hub that we want to be a transit hub first: