In August 2020, I wrote a series of pieces about the need for focused neighborhood stabilization and improvement programs, particularly in weak market neighborhoods.  It recommended as a proposed model the reworking of the Main Street commercial district revitalization approach, but for neighborhoods, which the State of Pennsylvania has already done, calling it "Elm Street."

Part 2 discusses packaging a set of remedies, so the programs can act expeditiously. To do that programs need to collect data and information and create maps showing the condition and state of properties, and identify potential solutions, including organizing community volunteer and self help/DIY initiatives such as the "Paint Ypsilanti" initiative that helped residents in the Depot Town neighborhood, when their houses were in need of a new paint job.

Part 3 discussed creating focused "community safety partnership" initiatives to manage and mitigate nuisances, and Part 4 discussed a particular example in Gloucester, Massachusetts involving shaming of a household that needed help in order to maintain their house and property which is large, old, and in need of serious maintenance.

Unfortunately, unlike how the "Main Street" commercial district revitalization program was fostered by the National Trust for Historic Preservation, because they saw it as a way to help preserve historic buildings and towns, there just isn't a good national organization out there set up to take on, develop, and "spread" the Elm Street Approach across the county.

(Note that the Main Street model was developed from an initiative in Corning, New York, which started in 1964!!!!!!, where the town realized that to compete with new shopping malls, they ought to manage their downtown similarly, and they hired a downtown manager.  It still took 15 years from that point to develop the Main Street program.)

Energy efficiency programs to support low income residents.  There's nothing new about energy efficiency programs.  Most states have them.  HUD has programs that support energy efficiency retrofitting for seniors and low income households.  So do the Department of Energy including its Weatherization and Intergovernmental Programs Office and the Environmental Protection Agency.  Even the USDA's Rural Development Program.  There are plenty of examples of nonprofit or social enterprise organizations working in this space. 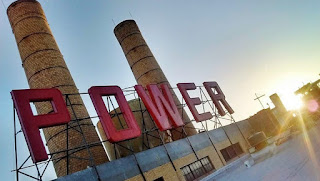 Although it has been getting a renewed focus lately, because energy efficiency is seen as reducing electricity demand enough to take the edge off of load and generation problems resulting from extreme weather such as what happened in Texas in February ("Cold wave: the Texas power debacle disproportionately impacts the less well off") and currently, with hotter temperatures ("Gov. Greg Abbott downplays electric grid concerns as Texans are told to conserve," KXAN-TV). 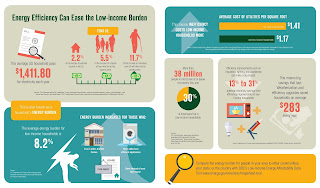 While it could be a stand-alone piece, since reading some pieces about how Baltimore's low income residents tend to have very expensive electricity plans ("Retail electricity deregulation mostly benefits companies at the expense of consumers" and "Why the Poor in Baltimore Face Such Crushing ‘Energy Burdens’," Inside Climate News) and a terrible story about low income people in Peoria having $4,000+ electricity bills ("OFF THE GRID: A flood of federal aid often fails to reach America’s poorest families," Washington Post), I think a fifth piece should be added to this series, because energy efficiency issues are particularly pressing in low income neighborhoods. 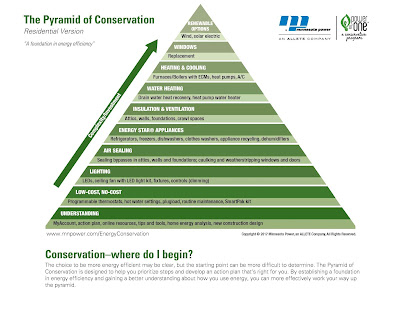 Other reporting.  Since the March piece ("Retail electricity deregulation mostly benefits companies at the expense of consumers") there's been more reporting on this topic, supporting the idea of a renewed emphasis on energy conservation as a strategy to support low income households..

Low income households use more energy and pay more.  First, a study ("Measuring social equity in urban energy use and interventions using fine-scale data") published in the Proceedings of the National Academy of Sciences finds that low income households and people of color spend significantly greater amounts on energy than higher income households ("Tackling 'Energy Justice' Requires Better Data. These Researchers Are On It," NPR).  From the article:

"This study unpacks income and racial inequality in the energy system within U.S. cities, and gives utilities a way to measure it, so that they can fix the problem," says Ramaswami, a professor of civil and environmental engineering at Princeton University who's the lead investigator and corresponding author of the study. It's part of a larger project funded by the National Science Foundation to promote 'equity first' infrastructure transitions in cities.

This seems to confirm the real world experiences reported in Baltimore and Peoria.

Though Mass Save is available to every ratepayer in the Commonwealth, those who live in affluent towns are more likely to take advantage of it: Participation in places like Bolton, Carlisle, and Hingham is up to seven times greater than in Lawrence, Fall River, and New Bedford.

“The program as designed works really well for single-family homeowners who have money to spend to make their homes more efficient, and who speak English,” said Eugenia Gibbons, Boston director of climate policy at Health Care Without Harm. For others, not so much.

It takes time, trust, and money to participate in Mass Save: time to apply for a visit and to meet with a consultant; trust that the energy utility, which administers the program, is really offering you something for free, with no catch; and money to pay your share of the subsidized insulation and boiler bills. All three are in short supply in places where blue collar workers, immigrants, and renters are concentrated. Language barriers widen the gap...

Those who live in less advantaged places need Mass Save the most: They’re spending as much as 15 percent of their disposable income on energy bills; they tend to live in older, draftier, less energy-efficient housing; and they suffer from poorer air quality and its attendant maladies, including asthma.

We have to fix this, and not just for the sake of the underserved people who are paying into the system but not getting its benefits, though that is reason enough. Reducing fuel consumption anywhere in the Commonwealth serves everyone: It is crucial to our quality of life, and the planet’s survival.

It turns out a recent effort in the UK to promote energy conservation both as a jobs program and to reduce household energy costs was junked soon into the program because of mismanagement ("UK government scraps green homes grant after six months," Guardian).

This point is similar to those made in Parts 2 and 4 of the series, that there need to be programs packaged to implement and deliver revitalization solutions at the district/neighborhood and household scales, and that the programs need to be very proactive in trying to reach people.

Not unlike the current issues with vaccination and the reticent, although the issues are subtly different, but also just in the ways the programs are designed.  For example, USA Today reports on success in Minnesota and failures in Michigan, which come down to how the programs were designed ("Michigan bet big on mass vaccine events for COVID-19. It didn’t work out as hoped").

Provide heat pumps?  Third, a piece in the Guardian ("Poorer households in UK should get free heat pumps, say experts") suggests that one way to promote energy efficiency for low income households is to just give people heat pumps.  From the article:

Households on low incomes should be supplied with free heat pumps in order to kickstart the market for low-carbon heating equipment and meet the UK’s climate targets, experts have told the government.

Heat pumps can currently cost thousands of pounds to install, but the more that are installed, the faster that cost is likely to come down. They are widely regarded as the best way to replace the UK’s gas boilers and reduce carbon dioxide emissions from homes...

About 14% of the UK’s greenhouse gas emissions come from heating the UK’s poor housing stock, most of which is also draughty and energy inefficient. The group also called for insulation to be made available to people on low incomes.

It reminds me of programs focused on assisting people in transitioning from coal furnaces and ovens to gas and electricity.  Utility firms to this day have programs that finance the purchase of furnaces, etc.

PUSH Buffalo Green Development Zone as a neighborhood revitalization model also. There should be renewed and refocused attention paid to energy conservation programs benefiting low income households.  One example is the PUSH Buffalo community organization's Green Development Zone.  The GDZ is comparable to various "ecovillage" initiatives (I can think of some in DC, Cleveland, and elsewhere) in the 1990s and early 2000s, as a revitalization effort. 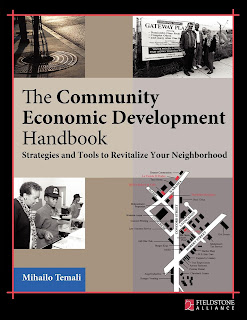 You could argue that the Green Development Zone is:

2.  that can be integrated with the "Elm Street Approach" that the series suggests

3.  with a greater focus on building economic benefits within the neighborhood for the residents (Community Economic Development Handbook: Strategies and Tools to Revitalize Your Neighborhood  by Mihailo Temali, "Lessons from CNN story on Allentown, Pennsylvania,") and

4.  while building into the program more directly, equity and environmental justice.

Note there are other examples, including the Evergreen Energy Solutions division of Evergreen Cooperatives in Cleveland, which also has a focus on solar energy.

Most states require utilities to provide programming along these lines (Supporting Low-Income Energy Efficiency: A Guide for Utility Regulators, American Council for an Energy Efficient Economy), and that's great, but the idea here is to implement programs at scale in terms of neighborhoods, districts, cities and counties.

The Guardian: John Oliver rips into US clean-energy loans: ‘This business model is fundamentally flawed’.
https://www.theguardian.com/tv-and-radio/2021/jun/21/john-oliver-last-week-tonight-pace-loans

Another element to address in such programs is the "heat island" effect, community greening, etc., as a sustainability and equity planning issue and an urban design and placemaking issue.

This interview of a state Senator from Philadelphia, mentions that low income households in Philadelphia spend 23% of their income on utilities.

WTOP: DC ‘heat islands’ explained: Why it’s much hotter in some parts of the city.
https://wtop.com/dc/2021/06/dc-has-several-urban-heat-islands-resulting-in-varying-temperatures/