Follow up: Washington Post op-ed on affordable housing, the priming role of foundations and Washington's weak philanthropic community | Enterprise Community Partners could be a leader 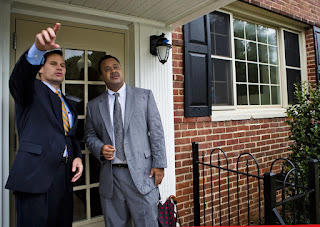 After writing, "Op-Ed in Washington Post about preserving affordable housing in the Purple Line corridor," which discusses the need for a bi-county community development corporation where as part of its mission it would buy, hold, maintain, operate, fund and/or build affordable housing in the catchment area of the forthcoming Purple Line light rail line in Montgomery and Prince George's Counties in Maryland, as well as how I've been making that point for 13 years, it occurred to me that I neglected to make a key point: what about Enterprise Community Partners?

Enterprise Community Partners, a CDC and foundation prominent in Maryland and the Mid-Atlantic (founded by James Rouse),  and the organization that David Bowers, author of the op-ed, works for, could have stepped up years ago to put forward the concept in the first place, that they are one of the only Maryland organizations with the kind of heft that is required to get such a concept off the table from vision to implementation ("With project near H Street, Enterprise Community Partners offers vision for affordable housing," Washington Post, 2012).  From the article:

Renovation of Fairway Park, the 33-building cluster of apartments named for views of Langston Golf Course, aims to preserve 396 apartments at rental rates affordable to families making well below the area’s average. But for David Bowers, head of the local office of the nonprofit Enterprise Community Partners, the project is also another chance to demonstrate an evolving vision of what the term “affordable housing” means.

Now in its 30th year, Columbia-based Enterprise operates in dozens of communities nationwide and has grown its focus from just creating and preserving low-income housing to addressing transportation and energy costs for poor and working class residents. ...

With housing prices on the rise again in the region, Enterprise has been aggressively locking up similar deals. In 2011, it provided $51 million in financing for the preservation of 1,200 units, and Bowers said he expects to close on $95 million in financing this year toward 1,400 units. He is developing new housing in partnership with churches in some of the poorest parts of Southeast D.C., including Matthews Memorial Baptist Church and Allen Chapel African Methodist Episcopal.

Bowers said the deals are a start, but that if the District wants to remain a place where low-income residents can remain, broader changes are needed. “When it comes to our city leaders, there really needs to be a sense of urgency for funding changes, policy changes and more coordination when it comes to preserving affordability,” he said.

DC area philanthropy is weak.  A problem in the DC area is that its philanthropic community is relatively weak.  That's what sets apart affordable housing initiatives in concert with transit in cities like Minneapolis, Denver, and Phoenix.

Philanthropy is weak here because in past generations, there wasn't a lot of wealth in the area--instead the major business was (and is) government.  So you don't have legacy foundations in DC the way that you do even in Baltimore, where they have the Abell and Weinberg Foundations, and later foundations like the Casey Foundation, investing a lot in the local community.

Or not oriented to serving low income communities.  And today's wealth (the Rales brothers, Bezos, Reynolds' and others) isn't into what we might call social justice initiatives, they are more self-interested and/or focused on high profile donations to national institutions: Jeff Bezos in robotics; Mitchell Rales has his semi-private museum ("Glenstone, a Private Art Xanadu, Invests $200 Million in a Public Vision," New York Times); the Reynolds' wanted to dictate their gifts in narrow ways ("Catherine Reynolds, The Giver Who Gave Up," Washington Post); David Rubinstein's incredible donation streak, but to national organizations ("Rubenstein Discusses Philanthropy, Failure at Business School," Harvard Crimson); etc.

For awhile you had the Fannie Mae Foundation, which did locally-serving projects but while it had some high profile projects ("Howard U. in Washington Looks to Its Neighbors," New York Times), in terms of substantive structural change, it didn't accomplish much.  Now the FMF no longer exists because of its takeover by the federal government after the 2008 crash.

ECP, with a national footprint but home in Maryland is in a unique position to shape the environment for affordable housing preservation in Maryland.  In short, in the Washington area, there likely is no better organization than Enterprise Community Partners to start a CDC to preserve affordable housing in the Purple Line corridor, to create an organization, provide start up funding, and lay the groundwork to create a large scale bi-county tax increment financing district to do just that.

In some respects, too much time has passed.  It's probably "too late" to have the kind of impact that such an initiative could have had 8 years ago, but at least with the Purple Line now being delayed until 2026 ("Purple Line will open 4½ years late and cost $1.4 billion more to complete, state says," Washington Post), and the lagging housing market in Prince George's County, there are still opportunities, if this course of action were to be pursued.

There are best practice affordable housing initiatives in the area, but not at the scale needed for the Purple Line corridor.  Note that there are a number of groups active in the area that could participate in such an initiative including Montgomery Housing Partnership ("A call to action on affordable housing," Post), Arlington Housing Partners ("Arlington nonprofit expands to Montgomery as region responds to affordable housing crunch," Post), the Community Preservation and Development Corporation, Manna CDC, Jubilee Housing of DC--they are focused on DC, were the model for Jubilee Housing of Baltimore ("Jubilee: A Partnership in Housing The Poor Can Afford," Washington Post, 1987), for profits like WC Smith Company ("At Villages at Parklands, A Community Reborn," Post) and Jonathan Rose Companies ("$43M DC Affordable Community to Open Next Spring," Multi Housing News), etc.

(The Prince George's County Housing Authority has about 400 units of housing!!!!!!)

But these groups need a leader.  To move forward, the affordable housing, community development, and revitalization community in Suburban Maryland need a convenor, seed funding, and strong advocacy for the creation of a "Transportation Renewal District" TIF program, which is a natural role for ECP.

From the 2013 blog entry, listing an agenda for preserving existing housing:

Applied to the Purple Line, you'd need additional policies:
-- funding the construction of new affordable housing projects and related social infrastructure
-- adding affordable housing to existing properties
-- land use intensification
-- adding an SRO housing element as part of the mix ("One of the "solutions" to the crisis of homelessness is a lot more SRO housing")
With regard to the checkered track record of CDCs in Washington, see:
--"Falling up -- Accountability and DC Community Development Corporations," 2005
-- "(Some) Community Development Corporations still screwing up," 2011
-- "The community development approach and the revitalization of DC's H Street corridor: congruent or oppositional approaches?<" 2013
which is why it's important to have strong accountability measures:
--"Why can't the "Bilbao Effect" be reproduced? | Bilbao as an example of Transformational Projects Action Planning," 2017

Including this as a fragment:

I MAY BE WRONG ABOUT THE CAPACITY FOR DESIGN QUALITY IN PGC. The plan they chose for the Riverdale Park PL station TOD isn't bad.

(To access, open an incognito window, enter the URL, hit return, and then very quickly hit the escape key.)

Could be better, taller, but not bad.