Will sent me an article about advocates concern about a rise in bicyclist related deaths in DC ("Through tears, a devastated mom demands DC do more to keep cyclists safe," WUSA-TV).  It's an issue in Utah too, although more wrt recreational road biking.

Will made the point that given the "vehicular cycling" orientation that still is the dominant biking policy--mixing bikes and cars instead of separating them--the rise in deaths shouldn't be a surprise.

I'm of two minds of this.  Given that so much of the US road infrastructure is already built, it will take decades to retrofit it to include separated cycling infrastructure.

And even then, "build it and they will come isn't a particularly robust strategy to increase the number of cyclists. 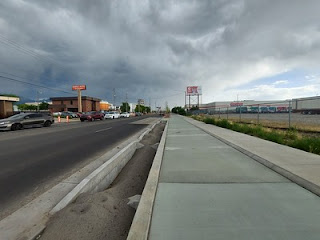 New cycletrack on 300 West in Salt Lake City.  The thing is that the road isn't particularly congenial for cycling generally.  But is lined with big box retail, to which I do occasionally cycle. 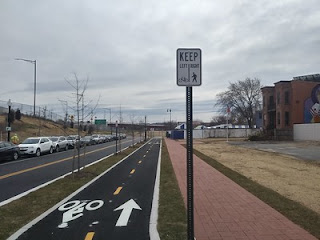 As great new infrastructure is added, we need to redouble our efforts to actually shift people to cycling (I submitted thousands of words about this to the planning process for the Salt Lake City Master Transportation Plan.)

So we need to address both.

Reading about one of the deaths ("Woman fatally struck riding bicycle in Northwest Washington," Washington Post), as someone who is primarily a vehicular cyclist--riding mostly on regular streets, mixing with cars and trucks--I couldn't help but think that the rider wasn't riding defensively.

Instead of shifting to the left, placing herself outside of the turning truck, she doubled down and rode/placed herself on the inside of the truck.

Trucks and cars hitting cyclists while turning right is a large cause of accidents and deaths--in fact it's nicknamed "the right hook" ("Avoiding the right hook," Virtuous Cyclist). 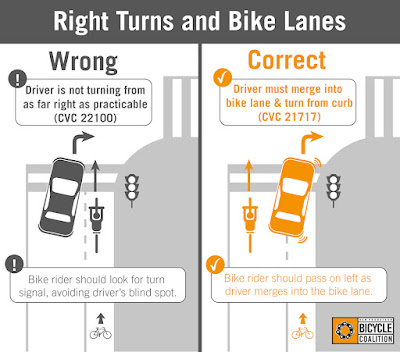 Note that increasingly in the provision of bike lanes, at intersections, the bike lane is shifted to the left, away from the right turn lane. 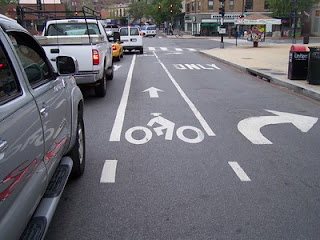 I see that DC is considering banning right turns on red, and legalizing the Idaho Stop, where cyclists can "run" stop signs if there is no oncoming traffic ("D.C. may end right on red for cars, let cyclists yield at stop signs").

But I was thinking that there needs to be some highly visible defensive cycling classes in public plazas and parks around the city, to build the understanding of how to cycle more safely. 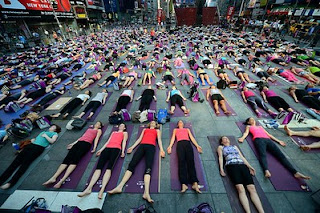 Participants take part in a mass yoga class to mark the summer solstice on Times Square in New York, June 20, 2012. Thousands of yogis gathered on Times Square to celebrate the longest day of the year during the event which features four free mass yoga session at the heart of Manhattan. AFP PHOTO/Emmanuel Dunand.

If there can be big yoga classes outdoors, why not for bike safety? 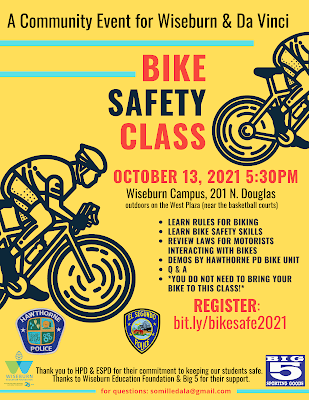 Obviously, the League of American Bicyclists has bike safety training, and a lot of communities have programs for children.

But for the most part, I think it's a huge missed opportunity for city and county park and recreation programs to not offer programming for biking for transportation.

Some bike advocacy groups do, like Bike Easy in New Orleans (Adult programs).  But most don't.  The Summit County/Park City recreation program in Utah offers a lot of mountain bike programming (adults, youth).  It's not exactly biking for transportation ("Revisiting assistance programs to get people biking: 18 programs"), but is a start. 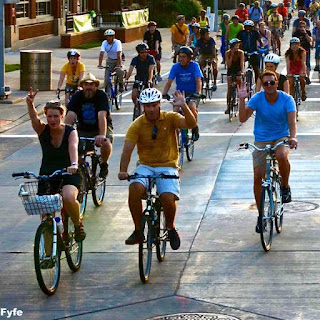 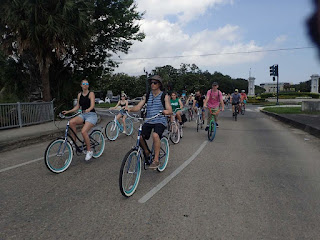 With an extra special emphasis on equity, to increase biking and biking safety amongst all groups--children, people of color, women, etc. 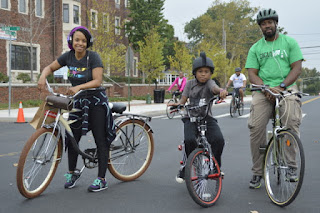